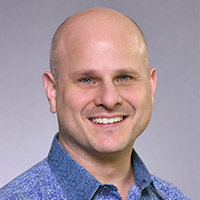 Dean Karlan is the Frederic Esser Nemmers Distinguished Professor of Economics and Finance at the Kellogg School of Management, Northwestern University. He is also the Co-Director of the Global Poverty Research Lab at Northwestern’s Buffett Institute for Global Studies. Prior to he was at Yale. Karlan is also Founder of Innovations for Poverty Action (IPA), a Research Fellow of the M.I.T. Jameel Poverty Action Lab, and Co-director of the Financial Access Initiative, a consortium of New York University, Harvard University, Yale University and IPA created with funding from the Bill and Melinda Gates Foundation. In 2007, he received a Presidential Early Career Award for Scientists and Engineers, the highest bestowed by the United States government on outstanding scientists and engineers beginning their independent careers.

His research focusses on microeconomic issues of poverty, specifically employing experimental methodologies to examine what works, what does not, and why. He focuses on microfinance programme design internationally, and voting and charitable giving decisions domestically. In microfinance, he has studied interest rate policy, credit evaluation and scoring policies, entrepreneurship training, group versus individual liability, savings product design, credit with education, and impact from increased access to credit. His work on savings typically uses insights from psychology and behavioural economics to design and test specialised products.

He has consulted for the World Bank, the Asian Development Bank, FINCA International, and the Guatemalan government. His articles have been published in the American Economic Review, the Journal of the European Economic Association, the Quarterly Journal of Economics, and the Economic Journal. Recently his work received coverage in The New York Times, The Economist, the Wall Street Journal, the Washington Post and the Financial Times. Karlan received a in Economics from M.I.T., an M.B.A. and an M.P.P. from the University of Chicago, and a B.A. in International Affairs from the University of Virginia.

Many street vendors rely on daily or weekly loans from moneylenders to finance working capital. Given the high interest rates, why do they not use a little bit of each day’s earnings to buy working ...