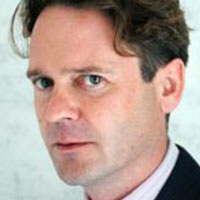 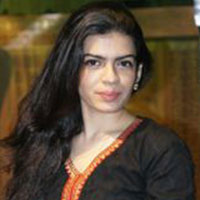 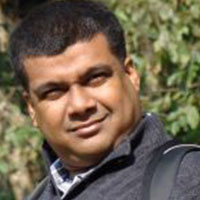 While agriculture in India has achieved grain self-sufficiency, it has become cereal-centric, regionally-biased and resource-intensive. In this article, Swain, Price and Sharma discuss the rising resource intensity in Indian agriculture and its implications for agricultural sustainability, productivity and future food production. They explore government initiatives to address the situation and suggest a strategy to increase production with fewer resources.

Despite its declining share of Gross Domestic Product (GDP), agriculture in India continues to be important for the economy. While the country is on the path to manufacturing-led growth and job creation, agriculture employs half of the workforce and provides livelihood to a larger share of population. Between 1980 and 2011, the economically-active agricultural populations grew by 50% in India, but fell by 12% globally (Wenzlau 2014).

In spite of sustained public spending on poverty and hunger eradication, about 300 million, mostly rural, Indians live in chronic poverty and suffer malnourishment. According to the Global Hunger Index 2015, India continues to be in a ‘serious hunger situation’, housing a quarter of the world’s hungry population. With a rapidly growing population, projected to peak at 1.7 billion in 2050, the country needs to grow more food to achieve food security.

And this has to be achieved despite a changing climate and a reduction in availability of vital resources, like land and water, for agriculture. Agricultural production - sensitive to temperature, CO2 (carbon dioxide) concentration and rainfall patterns - is expected to respond non-linearly to climate change. With more than 70% of production coming from smallholders1 and half of agriculture rain-fed, Indian agriculture is poorly positioned for changing monsoon patterns. About 90% of arable land in the country is vulnerable to climate-induced extreme weather events. The early effects are already evident. Further temperature increases and monsoon failures are projected to reduce water and land availability even more. The Oxford Martin Future of Food Programme estimates that, in 2050, more than a quarter of all climate-related deaths due to changes in food production, and subsequent change in diets and bodyweight, will occur in India.

While resource availability is shrinking, government incentives in India continue to encourage resource-intensive farming practices that reinforce wasteful trends as the sector’s productivity declines. A new approach is needed to break the vicious circle of skewed fertiliser use, inefficient irrigation and increasing fossil energy demand that will otherwise increase the vulnerability of rural communities to changing weather patterns and environmental degradation.

In this article, we discuss the rising resource intensity in Indian agriculture and its implications for agricultural sustainability, productivity and future food production. We explore government initiatives to address the situation and suggest a strategy to increase production with fewer resources.

Over the past five decades, India’s agriculture has moved from chronic food scarcity in mid-1960s to grain self-sufficiency despite rapid demographic expansion. However, it has been a victim of its own success, becoming cereal-centric, regionally-biased and resource-intensive. The Economic Survey 2015-16 calls it a Chakravyuha (labyrinth) that impedes exit from the vicious circle.

Since the introduction of unmetered and subsidised electricity for agriculture in the 1970s, the area irrigated by groundwater has almost quadrupled while the area irrigated by surface water has remained unchanged. Subsequently, numerous aquifers are under threat. The northern states of Punjab, Haryana and Rajasthan, which produce most of India’s rice and wheat, are experiencing the fastest rate of groundwater depletion in the world. Examining groundwater consumption in 37 major aquifers, Richey et al. (2015) found that the Ganges and Indus basins are among the five aquifers with a negative rate of use2. The study also found that the Indus basin is the most stressed aquifer in the world. There is no national inventory of groundwater stocks. All we know is that many farmers are pumping poorer quality water, using more energy, from greater depths.

These inputs are costly. In 2015-16, the central government spent Rs. 724.38 billion on fertiliser subsidies. The electricity subsidies are a growing burden on State finances, especially in major food-producing states. In the same year, Punjab spent Rs. 54.84 billion on subsidising electricity for agriculture.

Resource trends threaten national food security goals. Reliance on chemical fertilisers combined with flood irrigation has degraded soils and leached nutrients. This jeopardises health. Recent estimates suggest 38% of children under five in India are stunted because of malnourishment (IFPRI, 2014). There are other side effects. Agriculture accounts for 17.6% of the greenhouse gas emission in India. Add emissions related to consumption, including electricity, diesel and fertilisers, and that figure rises to 27% (Swain and Lahn 2015).

Indian agriculture is in dire straits. Resource availability is shrinking, demand for resources is increasing and smallholdings are under threat. High input usage has led to falling farm income, accumulation of agricultural debt causing more farmer suicides across the country. This is happening despite increased public spending on agriculture.

The Economic Survey 2015-16 presents a commendable analysis of the crisis and makes the case for “a new paradigm” for agricultural development, aimed to get “more [productivity] from less [resources]”. It specifically points out the need to “economise on the use of water” in agriculture and diversify from cereals. It also highlights the leakages in fertiliser subsidy, which is in tune of 65% and recommends direct benefit transfer to farmers rather than indirect subsidies (routed through fertiliser manufacturers).

Similar issues and concerns were raised by the Task Force on Agricultural Development, constituted by NITI (National Institution for Transforming India) Aayog. It claimed that the “area under irrigation can be doubled in the country without extra water if we attain water use efficiency level of countries like China, USA and Brazil.” It made strong suggestions to improve water and fertiliser use efficiency and highlighted the need to ensure remunerative prices for farmers, measures necessary to raise productivity and spread green revolution to eastern states.

Much of these issues have already been identified in the 12th Five Year Plan document. The government clearly knows the problems and the possible solutions for them.

However, that knowledge has not translated into much action. While rectifying past mistakes and claiming to prioritise agriculture, the current central government’s actions have been more symbolic than substantive (Swain and Price 2016). In July 2014, the Prime Minister called for ‘Per Drop, More Crop’, to promote farming through optimum utilisation of water. The 2015-16 budget went further allotting Rs. 53 billion for the Pradhanmantri Gram Sinchai Yojana, aiming to provide nationwide access to irrigation and improving water use efficiency. With an additional allocation of Rs. 125.17 billion, the 2016-17 budget seeks to strengthen the scheme to bring 2.89 million ha under irrigation and create a dedicated long term irrigation fund under NABARD (National Bank for Agriculture and Rural Development). While these provisions and budgetary allocations emphasise irrigation infrastructure, they are more subtle on resource efficiency and management.

The 2016-17 budget has brought down the fertiliser subsidy by 3.37% from the previous year. But the government does not have a clear strategy to rationalise fertiliser use. At the same time, agricultural consumption of electricity remains vulnerable to state politics.

Addressing a farmers’ rally in Uttar Pradesh, the Prime Minister expressed his intent to double farmers’ income by 2022. The Finance Minister’s budget speech put ‘agriculture and farmers’ welfare’ at the top of his agenda. The vision has evoked strong responses. Some argue even a doubling of farmer’s income would leave them in poverty. Others have dubbed the ambition as unfeasible. However, making farming more remunerative for farmers is critical for India to sustain agricultural activity, to achieve food security and to meet the Sustainable Development Goals (SDGs).

While the government clearly has the intent, it needs an appropriate strategy to deal with resource scarcity, interlinkages in their consumption and questions of environmental degradation.

Since the late 1990s, governments have launched several initiatives to improve water and energy efficiency. But these were often localised, fragmented and blind to the linkages between them. The National Mission for Sustainable Agriculture, proposed since 2008 to consolidate existing initiatives, has not taken off.

Technologies and practices that can reduce water and energy demand substantially already exist. For example, Systemic Rice Intensification is a proven technique that can reduce water demand by 50% in irrigated rice cultivation. Development of surface irrigation sources, improving pump efficiency, solar powered pumps and micro irrigation technologies together offer great opportunities to tame water and energy demand in the sector.

In the past, efforts that focus on a single resource have failed. Irrigation efficient technology has been impossible to scale up without a clear incentive to reduce energy use. Decreasing fossil fuel energy (for example, through solar pumping) may not conserve water. Several states have attempted to reduce electricity subsidies or ration electricity for water pumping. Yet attempts to date have not changed behaviour. Reform is politically difficult: many farmers perceive free electricity as an entitlement because they lack the irrigation provision from which rain- and river-fed farmers, who receive the same prices for crops, benefit.

An alternative approach is needed to change entrenched practices. This needs to acknowledge the scarcity value of interlinked resources and the costs of their use and understand how they feature in farm-level decision making and village economies. With this knowledge, the government would have a range of levers to influence consumption and production choices. Government should seek to reorient and align policies that affect land use, crop choices, fertiliser use, irrigation practices and energy inputs to complement each other towards the common goals of sustainability and growth. Policies will need to combine sticks with carrots and both with better information.