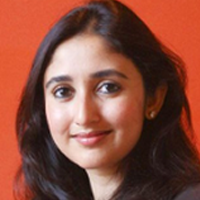 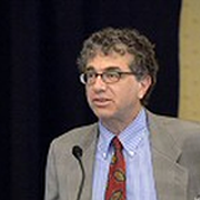 Central banks, especially in developing countries, still seek transparent and credible communication. Yet signalling intentions in the conduct of monetary policy sometimes creates undesirable constraints. This column argues that it may be better to phrase central bank pronouncements in terms of nominal GDP, rather than in terms of inflation. If it is worth communicating a plan, it is worth choosing a plan that one can live with.

Central banks still seek transparent and credible communication. But signalling intentions, through forward guidance or some degree of commitment to an intermediate target of monetary policy, poses a difficult trade-off: the advantages of transparency and credibility versus the disadvantages of waking up one day to find that unexpected developments have turned past statements into unwanted constraints on current monetary policy.

Many candidates for intermediate target have been tried and many have failed. In the early 1980s, many central banks announced targets for the rate of growth of money supply. Those targets had to be abandoned when velocity shifts - more specifically, unexpected increases in the demand for money - rendered them impossibly restrictive. Many emerging markets went back to targeting the exchange rate, only to be forced by balance-of-payments shocks in the late 1990s to abandon this nominal anchor as well.

Next up was inflation targeting. The new kid on the block quickly became popular with both developed and developing countries. But many of them have been missing their inflation targets – especially the developing countries (Fraga et al 2003). For example, when the world price of oil rises unexpectedly, inflation-targeting oil-importing countries are forced to choose between abandoning their inflation targets on the one hand, and artificially appreciating the currency (through monetary contraction) to prevent domestic oil prices from rising, on the other hand. The first choice defeats the purpose of having a target (transparency and communication) while the latter choice means responding perversely to an adverse terms of trade shock. Inflation targeting particularly lost lustre in the global financial crisis of 2008 (Reichlin and Baldwin 2013), analogously perhaps to the disenchantment with exchange rate targets in the currency crashes of the 1990s and with monetary targets in the early 1980s.

When a central bank repeatedly misses its proclaimed guidance or targets, it ends up with less credibility than if it had not said anything in the first place.

Perhaps the monetary authorities in advanced countries will give up for a while on trying to express their intentions simply in terms of a single economic variable. But central banks in emerging markets and developing countries may not have this luxury. They tend to have a more acute need to earn credibility than those in advanced countries, due sometimes to a past history of high inflation, an absence of respected institutions, or political pressure to print money to finance fiscal deficits.

Proponents of Nominal Gross Domestic Product (NGDP) targeting have suggested a solution. If the monetary authorities express their annual intentions in terms of NGDP, then they are likely to be able to live comfortably with what they have said, regardless of future developments. In particular, in the event of an adverse supply shock (example, poor monsoons in India) or shift in the terms of trade, a NGDP rule says that aggregate demand should be held steady, which is pretty much all that monetary policy can be expected to do. The supply shock is absorbed equally in the forms of higher output prices (and hence, higher inflation) and lost output. This is probably close to how most policymakers would choose to react anyway, even if unconstrained by their own past statements. An inflation targeting rule, by contrast, calls for responding with tighter monetary policy and a more severe recession (Frankel 1995, Frankel et al 2008)1.

Targeting NGDP has been proposed in the context of major industrialised countries (Frankel 2012 gives other references to the literature). But a good case can be made that the idea is in fact more applicable to countries further down the income ladder. The reason is that emerging market and developing countries tend to experience bigger terms of trade shocks and supply shocks than industrialised countries do. NGDP targets are robust with respect to precisely these kinds of shocks.

The recent revival of NGDP targeting has focused on the case of countries that seek to increase expected inflation (Woodford 2012). The motive has been to address economic weaknesses in the US, UK, Eurozone, and Japan, in the aftermath of the severe negative demand shock that hit them in 2008. Most developing countries do not particularly need monetary expansion or higher inflation at present. But NGDP targeting, viewed in a wider perspective, is a way to achieve any monetary setting, not just expansion.

When it was originally proposed by Meade (1978) and Tobin (1980) and supported by many other economists in the 1980s, the motive was to achieve credible monetary discipline, particularly a decrease in the inflation rate, rather than credible monetary expansion and an increase in inflation. Disinflation is still needed in some developing countries, such as India, Indonesia, South Africa, and Turkey. Regardless, the attractive feature of NGDP targeting, its robustness to unknown future shocks, is similar whether applied at times when the medium-term objective is a monetary setting that is easier, tighter, or unchanged. Emerging markets and developing countries tend to be more exposed to trade shocks because they are more likely to be price takers on world markets and, in many cases, to export agricultural and mining commodities. Moreover, they tend to be more exposed to supply shocks because of physical exposure to natural disasters such as earthquakes and windstorms, social instability such as strikes, the importance of agriculture in their economies, and productivity changes. Further, productivity shocks are likely to be larger in developing countries. For instance, during a boom, the country does not know in real time whether rapid growth is a permanent increase in productivity growth (it is “the next Asian tiger”) or temporary (the result of a transitory fluctuation in commodity markets or domestic demand). The trend growth rate in emerging market countries is highly uncertain (Aguiar and Gopinath 2007).

In recent research we have illustrated a model to see whether NGDP targeting is superior to inflation targeting in some middle-sized middle-income countries where exogenous supply and trade shocks are thought to be especially large, exogenous, and measurable (Bhandari and Frankel, 2014)2. World oil prices are an exogenous source of terms of trade fluctuations for oil importers like India and oil exporters like Kazakhstan. Monsoon rains are another important exogenous supply factor for India. Exogenous demand factors include trading partner income and some particular categories of domestic government spending. An empirical exercise suggests that NGDP targeting is indeed likely to be suitable for India and Kazakhstan (Bhandari and Frankel 2014, for India, 1996-2013; and Frankel 2013, for Kazakhstan, 1993-2012). Intuitively, if an inflation targeter responded to an adverse supply shock by preventing the price level from rising, the necessary fall in output would be undesirably large.

Our basic point is that central bank pronouncements phrased in terms of NGDP are less likely subsequently to run afoul of the supply and trade shocks so common in developing countries, compared to pronouncements phrased in terms of inflation. This basic logic holds regardless of whether the goal is disinflation or reflation; whether we are thinking in levels or rates of change; and whether targets are to be expressed in terms of forecasts or target ranges. If it is worth communicating a plan (to signal intentions in the conduct of monetary policy), it is worth choosing a plan that one can live with.