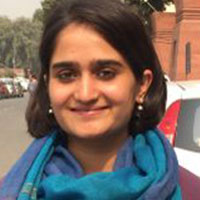 MNREGA – the largest public works programme in the world – completed 10 years this month. In this article, Inayat Anaita Sabhikhi, Project Officer, United Nations Development Programme, at the Ministry of Rural Development, summarises evidence on MNREGA from four recent reports of international and national organisations. She contends that MNREGA’s high global rankings among social security programmes and the positive evidence on its impact should boost efforts to strengthen its implementation.

The dominant discourse on government expenditure on social security is characterised at best, by scepticism regarding its effectiveness, and at worst, by a rejection of its requirement. However, evidence from the rich body of research and analysis around the impact of social security continues to offer positive insights. In this article, I attempt to highlight evidence from four recent reports: The State of Social Security Nets (2015) by the World Bank, Human Development Report 2015 by the United Nations Development Programme (UNDP), and two reports on the Mahatma Gandhi National Rural Employment Guarantee Act (MNREGA)1 by the National Council for Applied Economic Research (NCAER) and the UNDP.

The recently released World Bank (2015) report analyses data from 136 countries related to ‘Social Security Net’ which is defined as non-contributory programmes in cash or kind to provide support to poor and vulnerable households. India receives a surprisingly good report card in terms of the scale of programmes (number of beneficiaries reached).

It is worth noting , that while India ranks highly in the scale of its programmes, it does not figure in the top five in any of these categories with respect to of covered.

In spite of these high rankings on the scale of social security programmes, UNDP’s Human Development Report for 2015 ranks India a dismal 130 of 188 countries, on the Human Development Index (HDI) - a composite index of life expectancy at birth, average years of schooling, expected years of schooling, and per capita income. Focusing on work for development, the report offers clusters of policy options categorised as strategies for creating work opportunities, ensuring workers wellbeing by guaranteeing their rights, extending social protection and reducing inequality, targeted action to tackle gender divides, and the decent work agenda. It comments on MNREGA as being the employment guarantee programme in the world, while placing it in larger policy recommendations for social protection.

That MNREGA is an exemplary labour legislation and a global standard in its transparency and accountability norms is well known. Apart from the impressive scale visible through global comparisons, the impact of the employment guarantee domestically has been assessed in the other two reports.

The UNDP has recently published, ‘MGNREGA Sameeksha II collating independent research by academics, scholars, public policy experts, activists and practitioners. It includes 56 studies undertaken between 2012 and 2014 and is “proposed as a continuation of the objective of nurturing a discourse around MGNREGA which is open, scientific, critical and constructive.” This is a second edition to the anthology published by the Ministry of Rural Development in 2012, ‘MGNREGA Sameeksha’. The broad findings across these studies, as stated in the report, are significant. Referring to the World Bank panel data study of 3,000 households in Bihar, the report states that MNREGA has been successful in targeting the poor. The programme engages the most marginalised and - under ideal conditions of implementation - could bring down poverty by 14% (Datta et al. 2014). It addresses concerns around the creation of assets with several studies showing their utility and impact (Narayanan et al. 2014). A deeper look at the celebrated participation of women in the programme reveals that though the national average of their participation is high, they are excluded from the planning of works and deprived of worksite facilities such as crèches (Narayanan and Das 2014). It points to the capacity of functionaries as a crucial gap in the governance structures (Narayanan and Lokhande 2013).

Given the scale and universal coverage of MNREGA, these findings have not just on the programme itself, but also on delivering social security for the country as a whole - and in light of the international reports, indeed, for the world. The recently released study by NCAER, ‘MGNREGA: A catalyst for rural transformation’ (2015), conveys some of this import. The report is based on the India Human Development Survey (IHDS), which interviewed 42,000 households in two rounds, 2004-05 and 2011-12, and is thus perfectly placed to capture the impact of MNREGA which was implemented in 2005-06.

Echoing the findings on successful targeting compiled by the UNDP in its report, the NCAER report states that the programme attracts the poor and people from the top consumption quintile constitute only 10% of the workers. According to the report, in 2011-12, the programme reached 25% of rural households in the country. As of today, the coverage of MNREGA has almost tripled with it reaching 72% of rural households7. The study quantifies the impact of the growing reach of the programme with respect to earning opportunities for rural women, financial inclusion, impact on credit markets, and impact on poverty.

On the other hand, access to formal credit via banks, credit societies and self-help groups rose from 24% to 34% in the participating households. There is also a positive relationship between participation in the programme, and the household’s propensity to borrow through formal channels, which rose from 56% in 2004-05 to 69% in 2011-12. The shift from high-interest borrowing to a long-term debt cycle is generally considered a positive step for the health of the rural economy. Since 2011, MNREGA has shifted to an electronic fund management system (e-FMS) to administer wage and material payments, which is bound to have increased the number of MNREGA beneficiaries with a bank account and amplified the impact on rural markets.

Affirming the findings of Sameeksha II, the NCAER study also states that the programme has reduced poverty by 32% and prevented 14 million people from falling into poverty. Interestingly, the World Bank report (2015) states that countries which spend less than the global average on social security have lower levels of poverty reduction. It estimates that India spends about 0.73% of Gross Domestic Product (GDP) on social security compared to the average of 1.9% in rich countries, 1.6% in middle-income countries, and 1.5% in low-income countries. However, country income only partly explains spending levels as priorities of countries differ. In countries (India included), the current transfer amount is just 1/5th of what is required to close the poverty gap. Thus, the report states that while targeting is pro-poor there is for an investment of far more resources.

What the evidence says

The World Bank (2015) report clearly puts forth the large scale on which MNREGA and other social security programmes in India are operating but also contrasts this with their modest reach as a percentage of , so far. MNREGA is recommended as a social protection policy option by the UNDP (2015) HDR report. The findings in Sameeksha II (UNDP, 2015) and the NCAER report on the successes of MNREGA in targeting, financial inclusion and poverty reduction make the reasons for this recommendation evident.

Adding this evidence to the current discourse on MNREGA issue is critical as the discussion tends to veer towards a reductive binary of resource allocation and delivery. The impact is far more nuanced, layered and takes time to present itself. MNREGA’s global ranking should propel us to strengthen its implementation, bring rigour to its evaluation, and speak of its impact on the basis of evidence.