Can a clean energy agenda take off in Delhi? 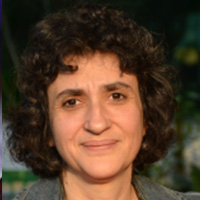 Institute of Research for Development (Paris)

Energy transition in cities, through energy conservation measures and increased reliance on renewable energy, has become a key focus of climate change policies. This column outlines the clean energy agenda of the power sector in Delhi, and discusses the endorsement of or resistance to the agenda by public institutions, power distribution companies and users of electricity.

Following a long tradition of supporting renewable energies, the issue of clean energy (renewable energy and energy conservation) was formally included in power sector reforms in India over a decade ago. The 2003 Electricity Act - strengthened by the 2005 National Electricity Policy and the 2006 National Tariff Policy - stressed the need for Renewable Purchase Obligations (RPOs). RPOs refer to the requirement to purchase a certain amount of energy from renewable sources, and are decided by the state regulatory commissions.

While the institutional and legislative framework for energy efficiency and conservation has strong potential in urban settings, it is not sufficiently structured yet. In this regard, the Bureau of Energy Efficiency has been playing a driving role through interventions such as the promotion of appliances that consume less energy, energy retrofitting1 in commercial buildings and new building codes2 pertaining to energy efficiency.

In Delhi, the power sector’s transformation began with the creation of the Delhi Electricity Regulation Commission (DERC) in 1999. This was followed by the Delhi Electricity Reform Act in 2000 that created three distribution companies (discom) that were privatised in 2002. Two of the discoms, BSES Rajdhani Power Ltd. (BRPL) in South-West Delhi and the BSES Yamuna Power Ltd. (BYPL) in the Centre and East are part of the Reliance Group, while the third zone in the North was granted to the Tata Power Delhi Distribution Limited (Tata Power–DDL), a subsidiary of the Tata Group. The reform induced a shift towards commercialised management - all new investments (solar energy, meters etc.) and all hikes in the purchasing price of power had to be reflected in consumer prices. These three discoms also had to reduce the considerable level of commercial and technical losses in order to address the issue of recurrent power cuts. Today, one of their main problems is managing the highly fluctuating peak/ off-peak residential and commercial demand cycle.

For clean energy, the Delhi Government created a nodal agency in 2006, the Energy Efficiency & Renewable Energy Management Centre (EEREM), which has the mandate of energy conservation and renewable energy programmes. Although it should be a key institution in the clean energy field, it is barely known to users who are more familiar with the regulator (DERC) and discoms.

The DERC has been far from proactive in promoting the clean energy agenda. It was the last regulatory commission to decide on a minimum RPO (in October 2012), and it also stands last in terms of ensuring compliance with these obligations (Greenpeace International 2013). Limitations of the instruments3available to fulfil these obligations, weak cooperation with the EEREM and the high costs of renewable energy are partly responsible for this delay.

Clean energy initiatives of the Delhi government emerged around 2006-2007 in a favourable context when the Delhi Climate Action Plan was framed under the EEREM. Over time, the EEREM team lost some of its in-house skills. Further, the Delhi State Industrial and Infrastructure Development Corporation (DSIIDC) started to to promote photovoltaic (PV) systems and became a competitor to the EEREM. This situation explains the very limited impact of the initiatives to promote solar water heaters and PV systems4. Although this area was virgin territory in which an innovative programmatic strategy adapted to the urban context could have been built, the reality that emerges is that of a multi-layered institutional structure coupled with strong turf divisions.

With regard to Demand Side Management (DSM) and its impact on energy efficiency, the context in Delhi is favourable, since the interests converge with those of the private operators - to reduce peak demand and spread consumption more uniformly across the day. In 2009, a budget was allocated to take some initiatives and discussions were held on the possibility of introducing a time-of-the-day tariff for the residential sector, but with no success. The draft regulation on DSM is still being debated, and the manner in which the discoms’ DSM programmes are to be assessed and monitored has not been defined yet. A few steps have been taken, such as a time-of-the-day tariff for high consumption users (mostly commercial and industrial), but the regulator takes refuge behind technical issues such as the non-compatibility of some of the discoms’ meters to dither on expanding this initiative.

While the high cost of renewable energy, issues pertaining to the definition of standards, lack of trained personnel, and scientific uncertainties are important constraints on the transition to clean energy, public officials undermine the adverse impact of the recent political conflict over increases in tariffs on their ability to initiate new activities. Indeed, in this context, policies that push up cost are difficult to promote by the regulatory authority.

What are the discoms’ contributions to the clean energy agenda?

Overall, discoms have adopted a wait-and-watch attitude. As far as RPOs are concerned, Tata Power-DDL is relatively more involved in experimental projects and has developed several pilot solar energy projects. This stronger commitment to solar energy is explained by its synergies with Tata Power Solar Systems Ltd. On the other hand, the Reliance Group has balked at defining a plan of action upstream before receiving any signals from the regulator and has, instead, put forward the high cost of renewable energies and their unsuitability for Delhi. In the area of energy conservation, even though there is real room for manoeuvring, the discoms refuse to pay the additional costs involved. In this context, the policy of Tata Power-DDL is relatively more proactive (load profile studies, a dedicated and active DSM department, direct discussions with large users etc.)

In fact, the crux of the problem lies in the financial aspects of power sector reforms. The discoms’ financial situation is fragile, particularly that of the Reliance group subsidiaries, which owe significant dues to the National Thermal Power Corporation (NTPC). Reliance has adopted a belligerent stand vis-à-vis the government, accusing it of favouring public sector power generation companies. Although the Tata subsidiary’s stand differs, it too argues for an increase in tariffs. Since the first tariff-related decisions in 2002, the regulatory authority, the Delhi government and the discoms have been engaged in a trial of strength that cripples any other agenda. Further, given the weight of the two conglomerates – Tata and Reliance – in the national economy, this ambivalence is only adding to the mistrust of the civil society.

What is the level of acceptability of civil society?

Indeed, there have been strong protests against the privatisation of power distribution, particularly by the middle class. The nub of the controversy concerns tariff hikes, but many other disputes have been tagged on, deeply delegitimising any state action in the energy sector. Privatisation has resulted in repeated power tariff hikes interspersed by a few breaks, and the Delhi Chief Minister’s (till December 2013) interference in some of the DERC’s decisions on tariffs reinforced the feeling that the regulator was under the government’s thumb and that the government was working hand in glove with the private operators. The government’s discretionary interventions provoked strong reactions from users ranging from legal action to demonstrations. These reactions gradually transformed into a growing politicisation of the movement, which was first supported by the opposition party (Bharatiya Janata Dal (BJP), and later by the Aam Admi Party (AAP), which called for a boycott of the payment of electricity bills.

These sustained protests tell us about the lack of social endorsement of the reforms and their negative impact on the clean energy development agenda. From the point of view of private operators and experts, resistance from users is explained by their supposed lack of understanding of issues. This is clearly invalidated by the very elaborate discourse of Residents’ Welfare Associations (RWAs), both with regard to technical as well as institutional issues - functioning of meters, technical choices of discoms, and demanding discoms’ auditing based on the argument that they fulfil a public service mission. This last demand also indicates a climate of deep mistrust vis-à-vis the regulator, the government and the operators.

It is the middle class that has rallied together against the reforms and it is important to understand the movement within the larger perspective of the rapid increase in consumption that has gone hand in hand with rapid growth in the penetration of domestic appliances. The ambivalence between the desire to consume more and being less energy-consuming (Zelem 2012) is very much evident in Delhi. In this context, civil society is all the more reticent with regard to clean energy initiatives, since related technologies are seen as a likely additional cost.

In principal, a clean energy agenda can led to institutional, technical and programmatic innovations. So far, the clean energy agenda in Delhi has failed to achieve any concrete results or social acceptability. This is because of an interpretation of national policies that is ill-adapted to the urban context, multiplicity of programmes and agencies within an unstable and competitive institutional framework, and technical and financial constraints.

On the contrary, the resistance and wait-and-watch policy of the discoms, households or even the concerned authorities underscores the fact that urban society is advocating other priorities such as transparency and maintaining low electricity tariffs. This is demonstrated by the disputed power sector reforms that have pitted the government, companies and regulatory authorities against one another in an uncertain trial of strength.