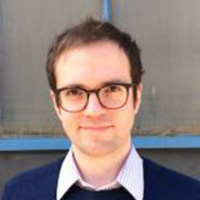 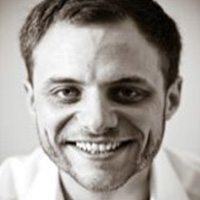 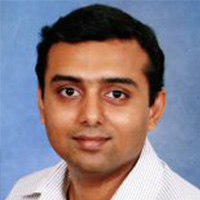 About one-third of India´s population remains without access to basic electricity services. This column discusses preliminary lessons from an experiment in rural Uttar Pradesh that seeks to set up solar micro-grids in unelectrified habitations. It finds that while the cost of solar power is a potential obstacle to its adoption, the technology does generate substantial benefits in the form of improved lighting and reduced kerosene expenditures.

According to the 2011 Census of India, about one-third of India´s population remains without access to basic electricity services. While grid extension programmes, such as Rajiv Gandhi Grameen Vidyutikaran Yojana (RGGVY)1, can provide rural households with electricity connections, many communities around India are expected to remain completely unconnected to the grid for years to come. In this situation, both the government and the private sector have begun to explore the possibility of off-grid electricity services, such as solar home systems and micro-grids. These technologies promise an opportunity to provide basic electricity services – especially lighting and mobile charging – to even small and remote habitations. They can be deployed and operated by private companies even as the electricity grid expands slowly.

Evaluating the prospects of solar micro-grids in rural India

To evaluate the prospects of off-grid solar power in rural India, we are conducting a randomised controlled trial (RCT) on the socioeconomic benefits of solar power in the state of Uttar Pradesh (UP). Collaborating with Mera Gao Power (MGP), a company that provides rural energy access through small solar micro-grids, we identified a suitable sample of 101 completely unelectrified habitations in Barabanki district (east of Lucknow, the capital of UP). To facilitate the implementation of the experiment in a realistic setting, the habitations are located in an area where MGP had a branch office. 81 of these habitations formed the primary ‘treatment’ (to whom MGP offered solar power) and ‘control’ groups (to whom MGP did not offer solar power). The remaining 20 habitations were geographically distant and were assigned to an additional ‘control’ group to deal with possible spillovers between treated and untreated habitations2.

Following the identification and baseline survey of these habitations, we instructed MGP to offer their solar micro-grid package to the treatment group of habitations. The company sets up a solar panel and batteries in a house in the habitation, and then connects interested households to the system with electric wires. In a typical system, 10-20 households are connected to the micro-grid, but each habitation may have multiple systems. In each habitation, a household would gain access to two bright solar lights and a mobile charger for a monthly payment of Rs. 100 (US$1.67 approx.). Since the solar micro-grid was only set up if there was sufficient demand to cover the capital and operating costs, we evaluate the effects of commercially viable solar micro-grids for basic electricity access.

Based on the baseline survey, the study population is a marginalised one. For example, although Hindi is the primary language in the area, only 35% of the study population was able to read it. In the Barabanki district, the literacy rate is 62%. The wide gap reflects the reality that unelectrified habitations are populated by the poorest and most destitute segments of the rural society. The median monthly household expenditure was Rs. 4,000 (US$66.7 approx.), while the median number of children in a household was three. With a typical household size of five, this implies a per capita monthly expenditure of about Rs. 800 (US$13.3 approx.). These numbers are well below the average per capita expenditure for rural India according to the 66th round of the National Sample Survey (NSS) in 2010 (Rs. 1,054 or US$17.6 approx.). Consistent with the broader picture of rural lighting in India, 97% of the study population uses kerosene as their primary lighting fuel.

The treatment assignment was completed in July 2014. In total, MGP attempted to set up a solar micro-grid in 53 habitations. Of these, five had to be excluded because of heavy flooding during the treatment period of the experiment. In another 23, there was little demand for solar power. This leaves us with 25 habitations that were electrified under the study. In each of the electrified habitations, at least 10 households subscribed to the MGP service. There were 48 habitations that did not receive an offer from MGP, of which 28 are in the study area and the remaining 20 are geographically distant.

Understanding the demand for solar power

Overall, the demand for solar power turned out to be relatively low. Although the habitations were completely unelectrified at the baseline, MGP was only able to set up a solar micro-grid in 25 of the 53 habitations where an attempt was made. In more than 40% of the habitations, there was not sufficient demand for solar power to set up a system. In habitations where a micro-grid was set up, the majority of villagers refused MGP service at least initially. Over time, we have also seen little evidence of increases in the number of subscribers.

Why did the villagers refuse the offer of solar power, even though the median monthly kerosene expenditure in the households was Rs. 1003? In our midline survey, we asked non-subscribers to explain their choice. The most important reason appears to be cost. Of the non-subscribers in MGP villages that we interviewed, 28% cited the cost as the impediment and another 6% noted that they were too poor to afford the service.

Although Rs. 100 per month for solar power is not a very high expense, it is important to remember that half of the sample spends less than this amount on kerosene on a monthly basis. If these households are sufficiently satisfied with their current lighting solution and have concerns about the reliability of solar power, they may prefer to wait for the availability of a grid connection or simply continue to use kerosene. Some villagers told our survey team that they are unwilling to pay Rs. 100 for lighting and mobile charging. However, they also said that they would be willing to pay this sum, or even more, if the MGP service was enough to run a fan.

The results on motivations for subscribing to the MGP service are also interesting. The most common use of the MGP light was improved outside lighting, especially for cooking, with 71% of subscribers emphasising this use. Of the MGP subscribers, all said that improved lighting was an important consideration. At the same time, only 42% noted the mobile charging option and only 24% reported an interest in fuel savings. Overall, then, it appears that a better lighting solution is the primary rationale for MGP adoption. We also found that most respondents were satisfied with the MGP service, as more than two-thirds of the subscribers said they were either “very satisfied” or “somewhat satisfied” with the MGP service.

Overall, it seems that MGP´s village micro-grids are offering households with a superior lighting solution, along with significant savings in kerosene costs. For many households, however, these costs are not enough to offset the monthly MGP fee, which is an important reason for why the adoption rate remains relatively low. Taken together, these results suggest that reducing the cost of the solar micro-grid technology, or alternatively, replacing India´s kerosene subsidy with cash transfers or solar technology subsidies, could significantly increase adoption rates.