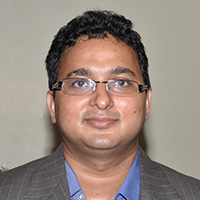 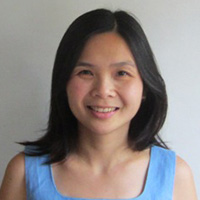 There is a widely held belief that there are sizeable economic returns to English-language skills in India. This column seeks to estimate the wage returns to English skills in India. It is found that being fluent in English increases the hourly wages of men by 34% and of women by 22%. But the effects vary. Returns are higher for older and more educated workers and lower for less educated, younger workers, suggesting that the complementarity between English skills and education appears to have strengthened over time.


India is a linguistically diverse country - it has thousands of languages, of which 122 have over 10,000 native speakers (2001 Census), with English being 44th on the list of languages in India in terms of the number of speakers.

One in five Indian adults can speak English. Four per cent report that they can converse fluently in English, and an additional 16% report that they can converse a little in English (India Human Development Survey (IHDS) 2005).1 English-speaking ability is higher among men - 26% of men speak at least a little English, compared to 14% of women. Same is true for those belonging to so called higher castes, urban residents, and younger and better educated population. Almost 89% of individuals who have at least a Bachelor's degree can speak English as compared to only 11% for those who have completed 5-9 years of schooling, and virtually nil for those who have less than four years of schooling. The reason could be that many public schools in India follow the “Three Language Formula"2 recommended by the central government, which generally leads to teaching of English language in middle school.

Due to the country’s British colonial past, English remains an official language of the federal government and medium of instruction in educational institutions run by it. Therefore, to be a government official or teacher (other than at low levels), one needs to be proficient in English. These occupations are considered attractive in India because they are white-collar jobs that provide secure employment and good benefits. Moreover, due to the rapid expansion of international trade and outsourcing in the post-liberalisation era, possessing English language skills has become even more lucrative. Despite this, surprisingly there are no estimates of the wage returns to English skills in India. The impediment appears to have been the lack of micro data containing measures of both earnings and English ability. In our study (Azam, Chin, and Prakash 2010), we quantify the English premium using IHDS 2005 data3.

How big are the returns to English in India?

If we look at the average hourly wages by English skill among male and female workers, there appear to be significant returns to English. Males who can speak fluent English earn a wage rate of Rs. 42 per hour as compared to a wage of Rs. 10 per hour for a non-English speaking male. The respective wage rates for females are Rs. 33 and Rs. 6 per hour. However, these figures probably overstate the returns because the averages have not been adjusted to take into account factors such as education levels and location that have a bearing on wage rates (with or without English skills). Hence, to obtain a credible estimate of the causal effect of English-language skills on wage rates, we focus on workers of the same age, gender, social group, educational attainment, secondary school leaving certificate test performance, district of residence and sector of residence (urban or rural), and then, within this group, compare the wages of those who speak English with those who do not.

Returns to English by age and education

We find that the returns to English-language skills are, on average, higher for older workers and for more educated workers. Most intriguing are the returns by both experience and education of the worker. To show this, we report in the last four rows of Table 1 the estimated returns to schooling for four groups of workers: less educated (less than Bachelor's degree) older (aged 36-65) workers, more educated (at least a Bachelor's degree) older workers, less educated younger (aged 18-35) workers, and more educated younger workers.

These results are consistent with the idea that education and English skills have become more complementary over time. For example, at the entry level, workers with English skill may have been able to find a good job a few decades ago whereas now only the subset with more education would find a good job. This could be because there is now more competition for good jobs as the supply of educated workers has greatly expanded, or because there are new jobs that require both higher education as well as English skill to perform (such as many jobs in information technology (IT)).

Returns to English by geography

To the extent that jobs rewarding English tend to be located in cities (where higher levels of government, multinational firms, or IT firms tend to be located), all else equal, we might expect higher returns to English in urban areas. However, urban areas also tend to have a larger supply of English-proficient workers - both because urban schools produce more English speakers than rural schools, and because cities may attract English speakers from elsewhere. We find no evidence of a differential return to English by urban/ rural residence for men.

Returns to English by IT presence

We also look at the returns to English by presence of an IT firm. We find that though districts with an IT firm have more prevalence of English, they have significantly lower estimated returns to fluent English. This suggest that IT firms choose to locate in districts where English-proficient and educated workers are in greater supply, which is consistent with the findings of Shastry (2011).

Why should we care?

Quantifying the returns to English-language skills in India is of interest for several reasons. First and foremost, a deeper understanding of the returns to learning English will help individuals and policymakers in India make decisions about how much to invest in English skills.

But the amount to invest is the subject of active debate. In India, as well as in many other developing countries, there are some who favour promoting the local language as a way of making primary schooling more accessible, and strengthening national identity. At the same time, there are those who argue that learning English leads to economic prosperity given the role of English in the global economy. Hence, many Indians are willing to spend extra money on schools and tutors to gain English proficiency. Given that English skills are costly to acquire – it takes time, effort, and often money, to learn English – choosing the optimal amount to invest in English-language skills involves comparing expected costs with expected benefits. This study provides the first estimates of these expected benefits.

This study also provides insight on the more general question of the value of English in a context where English is not a prevalent language. English is often used as a working language and many countries, even ones that are not former British or American colonies, invest in English skills.

We find that there are large, significant returns to English-language skills in India. But the returns are considerably lower for younger workers – who are more recent entrants into the labour market. For recent entrants, English skills help increase wages only when coupled with more education – those who have not completed their secondary schooling will not see their wages increase due to acquisition of English-language skills. English language skills are useful; however, benefits are achieved when these skills are accompanied by higher education. As a result, imparting English skills to adults may not necessarily raise their wages. Hence, policymakers need to be aware of the complementary nature of language-skills when designing policies.

The growth in the Indian economy, along with incredible advances in the services sector and growing middle-class, has created demand for new skills and job profiles. While, a diploma or a degree can provide employment, it is the worker’s skills that lead to his/ her enhanced productivity and ability to reap advantages of new economic opportunities. Within this context, promotion of an education policy with a focus on acquiring English language skills becomes imperative. In this study, we uncovered some patterns in the returns to English skills that were previously un-documented for India and that are worth further exploration - the language skill-education complementarity, lower returns for lower castes, and lower returns in places with greater historical English prevalence.