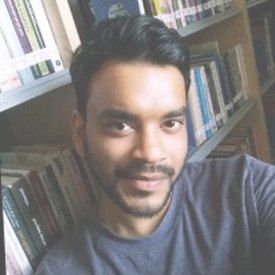 The Forest Rights Act, 2006 was a landmark forest legislation in India, which recognised individual and community rights over forest resources. However, as of November 2018, only 44.83% of titles have been distributed among the total numbers of claims received across the country. Based on field studies in Maharashtra, Sayak Sinha describes the various issues in the implementation of the Act that make it difficult for the historically marginalised tribals and forest-dwellers to obtain rights.

Forests are complex socio-ecological constructs, producing economic opportunities for those who live within them, and concerns of protection among those who live outside them. Governance of forests has dwelled between various discourses regarding the importance of forests and their relationship with societies living within and outside them. This complexity of forests has also, till date, deferred the State in being able to formulate a robust definition of forests. The passing of the Forest Rights Act (FRA), 2006 was thus a landmark forest legislation in India, which recognised the traditional rights of the “tribals and other forest dwelling communities” over the control and use of natural resources. It recognises individual and community rights over forest resources. After decades of trying to keep them out of forests and limiting their access, the legislation seeks to give the forests back to the people, and recognises their role in the conservation of forests. However, its implementation has not been very smooth. The legislation has seen controversies on grounds of conservation and implementation. As of November 2018, only 44.83% of titles have been distributed among the total number of claims received across India. In this note, I discuss these two problem areas of the FRA, based on participant observational studies conducted in two villages of Maharashtra in 2018, and situate the findings in the larger debates around FRA.

The focus of policies for forests, and the subsequent debates have hovered around two spheres of arguments. The first is that of protecting the means of livelihood of tribals and other forest-dwelling communities who have traditionally depended on forests for generations, and undoing the historical injustices meted out to them. The other is that of State-controlled exploitation of forest resources, conservation of forests and wildlife, and their insulation from human interventions as extensively as possible. The latter was the dominant discourse for the majority of history. Starting with the Indian Forest Act, 1865, and subsequent legislations, the colonial State expanded complete control over forest land, and restricted the access of the traditional forest-dwelling communities (Guha 1983). After independence, with the emphasis of the Nehruvian State being totally on industrialisation, forests continued to be perceived as important sources of revenue for the government, and focus remained on their economic exploitation (Guha 1983).

Both the approaches have seen consequent legislations and contradictory attitudes of the State in dealing with the governance of forests. While the Wildlife Protection Act, 1972 and Forest Conservation Act, 1980 attempt to protect wildlife by limiting access of humans, the Forest Rights Act, 2006 recognises the traditional rights of forest-dwelling communities and the need to institutionalise their access to forests. Thus, the Indian State assumed the role of a conservator by limiting the access of forest-dependent people to forests, while making legislative arrangements to rehabilitate their livelihood and shelter. This dual attitude of the State has led to considerable overlaps in the scope of implementation of the Act. The prerogative of implementing the FRA does not lie with any single department, but it requires the convergence of the departments of revenue, rural development, and forests. Each must get involved for proper identification of land and ensure forest conservation.

Observations from the field

In Lengre village of Sangli district in Maharashtra, villagers were stuck in a legal battle with the district forest department. The village is situated at the brink of forest land, and the forest department claimed that the villagers have unlawfully encroached upon forest lands for farming. A case was registered in 1998 against 73 farmers and dragged on for seven years. Finally, the verdict came out in the favour of the villagers. The villagers subsequently file a claim to obtain rights under the FRA. However, on account of the administrative design of the FRA, their rights were denied for another 1.5 years. It was only at the behest of the Chief Minister of Maharashtra – after 40,000 farmers from all parts of Maharashtra marched to Mumbai – that individual forest rights, including farming rights, were made a priority and implemented with vigour by the Integrated Tribal Development Projects (ITDP) across the state. Under this drive, when officers at ITDP, Ghodegaon of Pune division, became aware of the legal complication of Lengre, they took up the implementation of FRA in the village.

It was not until then that the departments of revenue, rural development, and forest had come together to help the villagers in filing their claims. Their convergence came about only with the intervention of ITDP that made the mapping of agricultural land of 73 farmers possible. However, after the initial enthusiasm of the district-level officials of these departments faded out, it again became difficult for the villagers to get hold of the village-level officers to file their claims. It was then that the Adivasi Kalyan Samvardhan, an NGO (non-governmental organisation) working on the implementation of FRA, intervened and helped the villagers in handling the bureaucratic procedures. The NGO played an instrumental role in assisting the farmers in completing the application process. As completion of the application process perfectly is necessary for getting the claims passed through the three levels of review at the village, sub-divisional, and district levels, the NGO’s work is thus laudable for ensuring that the claims get passed.

Humbe basti is a small hamlet located atop a hill in Bhor block of Pune district. It is part of a larger village called Jayatpad situated below the hill. The hamlet consists of eight households. The ‘Humbes’ are traditional cattle herders who practise agriculture at the foot of the hill. Some of them travel to Pune city at times to engage in part-time jobs, such as those of masseurs, cleaners, gardeners, etc. The Humbes claim that they are tribal, but the government has listed them in the OTFD (Other Traditional Forest Dwellers) category. The hamlet is surrounded by dense forests, and animal attacks on the cattle are common. It was for these agricultural lands that they had claimed individual forest rights of farming. The villagers had filed a claim earlier, which was rejected on grounds of lack of proof of residence. The villagers did not have considerable numbers to influence the Gram Sabha (village council) of Jayatpad to get the Forest Rights Committee of the village to file their claims. Further, as was the case in Lengre, convergence of the three departments was difficult to achieve due to the fact that the village lacked roads, and was therefore not easily accessible to village-level officers of these departments to take any initiative. It was again by the initiatives of the ITDP that meetings were held in the village, villagers were helped in filing their claims, and all the three implementing departments came together to get the claims passed.

For thousands of years, tribals and other forest dwellers have lived in forests, practised agriculture, and consumed non-timber forest produce. Each of the implementing departments have their own set of interests. For example, the focus of the forest department is more on the protection of forest land and keeping these lands under their direct control, while the revenue department is mainly interested in increasing tax collections. In such a scenario, navigating bureaucratic hurdles, compiling and documenting a bundle of proofs, and perfectly completing all procedures, requires the tribals to be able to interact with testate in the same way as those in the towns and villages do. In a way, the FRA has brought the marginalised much closer to the State and allowed them to act as citizens, despite them being socially and politically distanced from the rest of the citizenry.

People in villages like Lengre and Humbe basti have been caught up in the net of Statal procedures. They are required to carry out a form of State-society interactions, for which they are neither sufficiently literate nor experienced. The penetration of the State into the newer realms of society requires that its nature is comprehensible and beneficial to the occupants of those realms, which was clearly not the case here. As seen in these two villages, the villagers were entangled in these bureaucratic complexities, struggled to have legal rights to their own land for years. Matters get further complicated by the fact that these are lands where people live and practise agriculture. It is what gives them shelter and livelihood, and all legal barriers to accessing it should be overcome smoothly. Therefore, for a system that is fair to the historically marginalised and gives them the right to live and subsist, amendments in the FRA are an immediate need.