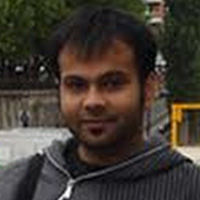 India’s national solar programme mandates the use of domestically manufactured components in solar power installations in the country. The US has filed a WTO case against India, alleging that the policy discriminates against US exports. This column proposes a solution that would address the concerns of US as well as create a domestic market for solar products produced in India.

Owing to the impetus of the Jawaharlal Nehru National Solar Mission (JNNSM), India has witnessed a steady growth in solar power installations. The Mission mandates that a capacity of 22 gigawatts (GW) (20 GW grid-connected and 2 GW off-grid) of solar power has to be installed by 2022. In Phase I of JNNSM (2010-2013), around 1 GW of grid-connected solar power was installed, of which around 80% came from solar photovoltaic (PV) applications and the rest from solar thermal applications1. Since PV is a more established technology as compared to solar thermal, Phase II of JNNSM (2013-2017) expects a significant contribution from PV (around 70%).

At present, PV modules2 in the market are of two types: crystalline silicon and thin film. India’s PV manufacturing sector concentrates mainly on crystalline PV. To incentivise the growth of manufacturing of PV components (modules, panels etc.), the mission mandated that all grid-connected crystalline PV systems in Phase I (2010-2013) needed to have cells or modules that were indigenously manufactured. This was known as the Domestic Content Requirement (DCR). However, the prices of these modules were around 15% higher than modules manufactured in US, China, Taiwan and Malaysia. This was because of the global glut of modules that had accumulated over the past five years owing to the optimistic view of the world with respect to solar power, and the cost effectiveness of manufacturing in these countries.

The other prevalent technology in solar PV is thin films. In India, the share of thin films in PV manufacturing is miniscule. Hence, the mission did not have DCR for thin films. This paradigm led to a few unintended consequences in Phase I.

Foreign financial institutions such as the Export-Import Bank of the United States (Ex-Im Bank) provided low interest rate loans to Indian developers and Independent Power Producers (IPPs) who wanted to install solar PV systems within the JNNSM framework using modules manufactured in US. As a result, the thousand odd megawatts (MW) capacity of PV that was commissioned in Phase I had a share of 57% of thin films, and only 350 MW of installations used crystalline PV modules. This is a very different scenario when compared to the global paradigm of large grid-connected solar PV (global share of thin films in total PV installations is less than 15%). Stiff competition led to a drastic fall in the prices of electricity generated from solar PV. The lowest bid from a developer in later stages of Phase I was around Rs. 7.50/kWh, whereas the stipulated price per unit was set at Rs. 17.91/kWh by the Central Electricity Regulatory Commission (CERC) during the inception of JNNSM.

The dominance of imported thin film modules led to Indian manufacturers suffering losses and this created discontent within the indigenous industry. A formal complaint was lodged in the PV Association by some companies alleging that countries like US, China, Taiwan and Malaysia were “dumping” their modules in India - manufacturers from these countries were selling their products at lower rates in India than in their own countries in order to get rid of their excess stock and reduce losses. A formal investigation was launched in November 2012 and the evidence suggested that dumping had indeed taken place.

Based on the preliminary results of this investigation, the Ministry of Commerce and Industry planned to levy a 10-15% import duty on imported PV modules to bring the Indian manufacturers at par with foreign manufacturers. This move irked the US trade authorities and they filed a complaint in February 2013 at the World Trade Organization (WTO) with the insinuation that India is flouting WTO rules by favouring indigenous goods and discriminating against imported goods, which adversely affects the economy of WTO member nations. Although there were consultations between both US and India, the issue was not resolved and the US did not bring forward a formal case. However, on the 10 February 2014, the US filed another complaint with the WTO with the allegation that the second phase of JNNSM in India discriminates against US solar exports. Hence, there is a standoff between US and India with the former wanting US manufactured solar panels to be made cheaply available in India, and the latter wanting to protect the indigenous solar manufacturing industry by restricting the entry of foreign panels into the country. Although this does reflect a touch of hypocrisy (since US levies import duties on Chinese modules, based on anti-dumping rules), US is within its rights to wage a ‘solar war’ against India.

India, on the other hand, is not a signatory to the agreement on Government Procurement clause in the WTO rules which mandate that goods purchased by any government entity in a country cannot have restrictions that hinder free international trade or, in other words, favour indigenous suppliers or industry. This means that the NTPC (National Thermal Power Corporation) Vidyut Vyapar Nigam (NVVN) (the trading arm of NTPC) – a central government undertaking – which was buying power from grid-connected PV systems in Phase I, could be India’s line of defence to US allegations. However, in Phase II and III (2017-2022) of JNNSM, the role of NVVN is virtually non-existent as of now.

As a policy research institute which deals with energy, infrastructure, security and materials, we at the Center for Study of Science, Technology and Policy (CSTEP) propose to seek a peaceful solution to this conundrum. At the moment, India’s manufacturing capacity for solar PV modules is around 2,000 MW per year, and cell manufacturing capacity is around 900 MW per year. The problem is that these plants do not run at full capacity because of low market demand for indigenous products, and hence the costs of indigenous modules are high. Our initial research shows that decentralised distribution of rooftop PV systems might be a key solution to this problem of finding a suitable market for indigenously manufactured solar PV products. The estimated potential demand for rooftop solar PV panels in the country is in the range of 40-85 GW3. However, rooftop PV systems are constrained by the area available. Technically, crystalline PV modules are ideal for rooftop systems since they are twice as efficient as thin films and require much less area for installation. These systems find application in both distributed generation in grid-connected urban spaces as well as decentralised off-grid rural applications.

Since rooftop PV systems suffer from a lack of economies of scale, the electricity generated comes at a higher cost than most other competing technologies (including large-scale grid-connected centralised PV systems). The Ministry of New and Renewable Energy (MNRE) took this factor into consideration and announced a 30% capital subsidy in the JNNSM mission document on rooftop PV systems to make them more viable for customers. However, given the layers of bureaucracy involved, this subsidy is difficult to access. Technical challenges pertinent to rooftop PV include grid-interaction and storage systems. Since solar power is intermittent given the varying nature of the source, local distribution grids are faced with the issue of importing fluctuating power generated from the panels.. However, local distribution grids in most parts of India are not of the best standards and there are severe consequences of importing fluctuating power generation. Also, lead-acid batteries (an off-grid source) are the only commercially available storage option and are bulky and need to be replaced every five years or so.

However, with advanced technologies in inverters, and batteries breaking barriers of grid integration and off-grid reliability, there seems to be a large scope for improvement in this sector. To overcome the financial feasibility concerns, most state electricity regulatory commissions are introducing the concept of net-metering for rooftop PV systems. According to this concept, there will be meters which measure the total generation from the rooftop PV system and the total consumption of the household per month. The difference between the two will be taken into account for financial compensation. If power generation is higher than consumption, then the local electricity distribution company will pay the consumer a certain amount per unit of electricity generated, and if the consumption is greater than the generation, the consumer pays the utility for the difference. Hence, the economics are becoming more favourable for the consumer in terms of savings from diesel abatement in commercial buildings, and electricity bill reductions for other consumers.

By building demand for indigenously manufactured solar PV products, it will become possible to re-align the targets of JNNSM towards rooftop PV systems and shift the DCR to this sector. Although the DCR from the grid-connected plants cannot be removed completely, the ratio can be reduced considerably. Decentralised rooftop PV has a huge potential in India (experts estimate demand above 60 GW whereas CSTEP’s conservative estimates are around 44 GW). As mentioned above, rooftop PV works best with crystalline silicon modules. If the national solar strategy shifts its focus to rooftop PV and MNRE mandates DCR for these systems, then the US should not have much of a problem. Revision of targets based on growth of the manufacturing industry will allow indigenous modules to find their way into the market while at the same time imported modules will not face regulatory barriers4.