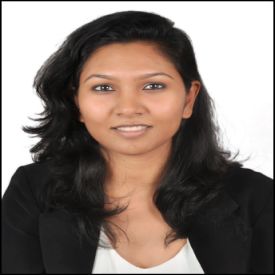 The string of frauds and failures unearthed in recent years in the Indian banking sector indicate weaknesses in banking supervision. In this post, Pandey and Priyadarshini argue that the Reserve Bank of India needs to put in place robust systems that address poor risk culture and failures in controls and governance. The time is perhaps ripe for introduction of a dedicated resolution framework for swift resolution of troubled financial firms to avoid disruption to the financial system.

The Yes Bank crisis is only the latest in a series exposing key regulatory fault lines in the Indian financial sector. It once again raises serious questions about governance at banks, the Reserve Bank of India’s (RBI) supervision, and the robustness of current frameworks for resolving failing banks.

On 5 March 2020, the Government, on RBI’s application, placed a moratorium on Yes Bank which though initially planned for 30 days was lifted on 18 March 2020. Withdrawals by depositors and creditors had been restricted to Rs. 50,000 (except in special circumstances where the limit is raised to Rs. 500,000). The RBI had superseded the bank’s board and appointed an administrator in charge of the bank.

The RBI’s proposed scheme for revival involved infusion of funds through a minority stake of 49% (post infusion) in the reconstructed capital of the ailing bank. The investor must hold 26% for three years. The reconstituted board is expected to be professionally run and will include the investor’s nominees. The current shareholding will be diluted significantly. No changes are expected to deposits, creditors’ rights, and bank’s liabilities post restructuring. However, the Additional Tier 1 (AT-1) bonds1 would be written down completely. The State Bank of India (SBI) has emerged as the key investor with HDFC Ltd, ICICI Bank, Axis Bank and other entities as co-investors.

Could it have been handled differently?

These sudden moves by the Government and the RBI have spooked markets, stunned shareholders, and left depositors and creditors without access to their own money. They have also had wider ramifications with several businesses reliant on Yes Bank, particularly in the digital payments’ ecosystem, severely handicapped. The AT-1 bondholders, many of them mutual funds, have already moved the Bombay High Court against the draft scheme.

Arguably, the RBI and the government have moved swiftly since announcing the moratorium and superseding the bank’s board. The RBI offered the bank’s deteriorating financial position (due to its inability to raise capital) and serious concerns over governance as reasons for choosing the “regulatory restructuring” over a “bank and market-led revival” it was hoping to facilitate earlier. But let us examine this further.

Trouble has been brewing at the bank for several years. The erstwhile Chief Executive Officer (CEO), Mr. Rana Kapoor, and the Chief Financial Officer (CFO) oversaw the massive underreporting of bad loans for FY (fiscal year) 2016: the bank initially reported bad loans of Rs. 7.49 billion which was revealed to be Rs. 49.26 billion the next year. Yet the board and the RBI allowed them to remain in office. The RBI denied an extension to Mr. Kapoor only in 2018. Several instances of conflicts of interests in board appointments and breach of RBI’s fit and proper norms by members surfaced. The bank once again underreported for FY 2019 to the tune of Rs. 32.77 billion in bad loans and Rs. 9.78 billion in non-performing assets (NPAs). Its loan book showed exposure to troubled firms like Dewan Housing Finance Corporation. The bank was lending beyond its means with credit deposit ratio at 106% as of September 2019. The NPAs had ballooned from 1.60% of its gross advances in September 2018 to 7.39% in September 2019. Over the past year, it has been steadily downgraded by several credit ratings agencies and unable to raise capital. The bank’s ability to meet regulatory norms on capital adequacy had been crucially impacted with rising bad assets. Market value had eroded substantially. The last few months alone saw a flight of deposits and several FIIs (foreign institutional investors) and mutual funds offload half their stakes in the bank. The RBI has also had its nominee on the board since early 2019.

The disruption caused by current measures could have been avoided had RBI moved earlier. Instead, the bank was given a long rope despite these significant failures of governance and mismanagement of financial health being known for years.

As a regulator, the RBI is in charge of supervising banks. The Banking Regulation Act bestows significant powers and discretion on the RBI in this regard. It can intervene in the operations of a bank to secure the interests of public and depositors. It decides what constitutes such interest. For instance, it can depute observers to watch board proceedings, remove managerial persons including CEOs and appoint their replacement. Matters concerning shareholding, voting rights, board appointments, management, and winding up are all subject to RBI’s policies.

The string of frauds and failures unearthed in recent years in the banking sector, starting with the PNB (Punjab National Bank) scam and now the Yes Bank crisis, however indicate weaknesses in supervision. A key issue is that banks were allowed to hide their bad assets for several years. The non-recognition has implications in the form of inadequate provisioning by banks which is then reflected inaccurately in the pricing of borrowings. This leads to information asymmetries which provide an incorrect picture of the sector and impede decision-making. These problems arising in banks point to the need for improving banks’ disclosure norms as well as RBI’s supervisory capacity. RBI needs to put in place robust systems that address poor risk culture and failures in controls and governance. It also needs to be accountable for any lapses in its supervision.

The case for a specialised resolution mechanism

A key lacuna in the current financial regulatory landscape is that it lacks a specialised mechanism for prompt resolution of banks. RBI acts as a banking regulator and also has limited powers towards resolution of banks. However, there are inherent conflicts of interest in the role of a micro-prudential regulator and of a resolution authority. As a micro-prudential regulator of banks, RBI is concerned with reducing the chances of bank failures. This however conflicts with the objective of a resolution authority who must diagnose failure early and move quickly to resolve the firm. Delays can impose considerable costs in the form of destruction of wealth, hardship to depositors and other stakeholders, business discontinuity, and even systemic instability.

In the current instance, a resolution authority could have monitored the financials of Yes Bank, acted early, and avoided the restrictions on withdrawals. The moratorium on Yes Bank has wider implications for the financial system. It can perpetuate mistrust of all private banks leading to a rush of deposits to public sector banks (PSBs). The write-down of AT-1 bonds could affect the ability of banks in general to raise funds, in turn increasing their costs of borrowings. Also, the creditor led process under the Insolvency and Bankruptcy Code (typically large lenders) is not feasible in the case of banks whose creditors are its numerous depositors. It is therefore necessary to separate the regulatory and resolution functions of RBI and establish a dedicated resolution authority for banks.

The resolution authority should also be empowered with greater number of options to undertake the resolution. Section 45 of the Banking Regulation Act is inadequate as RBI can either force healthy banks to take over weak banks or seek their liquidation. The reconstruction scheme for Yes Bank too in essence amounts to a bail-out of a private bank using public funds. These are sub-optimal solutions. Apart from the moral hazard and perverse incentives that a near guarantee of rescue with public funds creates (including an incentive for lax regulatory supervision since banks will not be allowed to fail anyway), there are fiscal implications for the government when asked to recapitalise PSBs with increased bad assets. The build-up of toxic assets also impacts the acquiring banks’ own credit offtake with possible, economy-wide, consequences. A forced merger/acquisition does not permit sound business fundamentals and rationale to form the basis of such merger/acquisition. Liquidations are often lengthy and costly, and employed in late stages.

The government attempted to address these lacunae by introducing the Financial Resolution and Deposit Insurance (FRDI) Bill. The Bill was however withdrawn subsequently due to concerns regarding some provisions (in particular the bail-in clause). The time has come perhaps to allay fears and reintroduce these reforms.

The buck stops with the banks

While central bank is responsible for supervision, banks must be held accountable for their own governance. Strong governance is important to establish credibility, accountability, and to attract capital. In its report of May 2014, the RBI appointed Committee chaired by Dr. P.J. Nayak made several recommendations for strengthening governance at both public and private sector banks. The Committee’s observations concerning private banks on two counts – ownership constraints and management compensation – are relevant in the current context. Small shareholders tend to be less engaged in the firm’s affairs and accordingly, offer one less avenue to scrutinise and hold management accountable. Incentive structures for senior management link profitability with compensation, incentivising evergreening of loans, and in turn, affecting the quality of assets and reporting at the banks. The Committee recommended asset quality reviews to locate evergreening, stringent penalties, and diversification of boards to enhance independence and performance.

Some recommendations have been considered like asset quality reviews. The RBI has also subsequently relaxed ceilings on ownership although, there may be scope for improvement as norms continue to be overly prescriptive (prior RBI approval is required above 5% which may affect access to capital). But more remains to be done, including a review of incentive structures within banks and accountability framework at RBI that lead to weak internal controls, weak supervision, and poor outcomes.

The crisis at Yes Bank offers an opportunity to undertake all these long-pending reforms.

Amalgamation of public sector banks: The task ahead