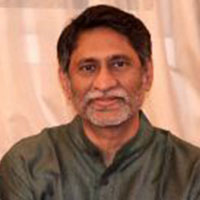 In an attempt to protect the welfare of surrogate mothers, the Indian government has proposed to introduce legislation that will ban commercial surrogacy in the country. In this article, Ajit Karnik, Professor of Economics, Middlesex University, Dubai, discusses the threats that are associated with the welfare of surrogate mothers and argues that a ban would compromise their interests further as it would inevitably lead to the emergence of an illegal market for such transactions.

The Ministry of Health and Family Welfare in India has recently proposed a ban on surrogacy for commercial purposes. Only altruistic surrogacy will be permitted where the surrogate mother is a “close relative” of the intending parents. Given the nature of the transactions in the surrogacy market, government intervention in the market for surrogacy was, indeed, required since, at the moment, the only guidelines available are those of the Indian Council of Medical Research (ICMR), which are not legally enforceable.

There are various reasons why commercial surrogacy has come under a cloud. These are related to the welfare of the surrogate mother (SM), the intended parents (IP) and the unborn child (Rimm 2009). I would like to focus on the issues related to the SM. The main fears are: (i) exploitation by third parties, (ii) lack of fully-informed consent, and (iii) threats to the mother´s mental and physical health during and after pregnancy. As far as the IP are concerned, problems may arise if the SM refuses to part with the baby after delivery as the case of Baby M demonstrated. The case of Crystal Kelly shows that problems may also arise when the IP wish to abort the baby but the surrogate refuses to do so. And, finally, the difficulty recently faced by British IP in getting a passport for their surrogate baby highlights issues related to the welfare of the child (Basu 2016).

A particularly strong critique of the Indian surrogacy market on this ground comes from Schanbacher (2014) who believes that the market completely fails to uphold the principles of medical ethics. In the surrogacy market, the potential SM enters into a transaction with the IP. In principle, any market transaction that is completed necessarily leads to an improvement in welfare of both parties. An important condition for this improvement in welfare is that both parties participate in the transaction voluntarily. Does the SM enter the surrogacy transaction as an independent economic agent, freely pursuing her own interests - or is she coerced into the transaction? This coercion may take place either due to pressures from the IPs or from agencies that manage surrogacy. More insidiously, exploitation may occur due to the economic circumstances of the SM and, hence, her weaker bargaining position relative to the wealthier IPs (Rimm 2014).

Given the sensitivity of the information being collected in this area of research, large sample studies are not available. Most researchers have recorded oral histories of SMs (Pande 2009, Jadva et al. 2003). Pande’s study reports that the median monthly income of the families of SMs was Rs. 2500 and that “the money earned through surrogacy was equivalent to almost five years of total family income…”. Sheela Saravanan (2013) also finds economic distress as an important reason that motivates potential SM. This quote from an SM in Saravanan’s study will cause anguish to any sensitive individual: “This process is so distressing that I would not have done it even if someone paid me 10 times the remuneration, had I been well-off, but I am so desperate (for money) that I would do it even if I was paid just one third the amount”.

Clearly, SMs belong to vulnerable sections of the population and, even if they were not coerced by anyone, their economic status might have compelled them to enter the transaction. The question we have to ask is whether it is just surrogacy that they would have avoided had their economic circumstances been better. There exist many occupations – sweepers, scavengers, maids – that individuals would not take up if better opportunities were available to them. In this respect, surrogacy is no different from such occupations. In fact, some surrogates view what they do as relatively more respectable. A surrogate in Pande’s study stated: “I don’t think there is anything wrong with surrogacy. We need the money and they need the child. The important thing is that I am not doing anything wrong for the money — not stealing or killing anyone. And I am not sleeping with anyone.”

Giving informed consent for surrogacy requires that potential SMs have the ability to understand complex legal documents. The first barrier to this is the educational levels of the SMs. Pande (2009) reports that, barring one, none of her respondents had education beyond the school level and at least a few were illiterate. In these circumstances, it is very likely that the IPs and the agencies managing surrogacy would have superior education and economic resources which might be used to manipulate contractual provisions against the interests of the SMs.

Getting the SMs ready for pregnancy involves strong medical interventions and the “side effects of these medications can include hot flashes, mood swings, headaches, bloating, vaginal spotting, uterine cramping, breast fullness, light headedness and vaginal irritation” (Pande 2009). Probably, most of the SMs are not fully aware of the extent of the medical interventions and their side effects, placing their faith in the doctors who deal with them.

Having discussed some of the key issues related to surrogacy, the question that must be answered is whether banning surrogacy will protect potential SMs from exploitation. The problem with banning is that the activity being banned is, generally, forced underground. A ban on surrogacy markets will likely face a similar fate and it requires little imagination to realise that the interests and welfare of SMs will be even more threatened in the banned markets.

The alternative to banning is more effective regulation. Will better regulations protect the interests of all parties to the transaction, especially the SMs and the IPs? Even with a well-established regulatory framework, it must be remembered that incompleteness of contracts could impose severe hardships on SMs and even IPs. Incompleteness of contracts refers to the inability to foresee all contingencies that may arise in a transaction as well as to specify the action that each party must take in each possible contingency. This inability arises out of the bounded rationality1 (Milgrom and Roberts 1992) of the parties to the contract. In addition, one must guard against opportunism – such as lying, cheating as well as incomplete or distorted disclosure of information – as one more obstacle to writing complete contracts. All of these manifestations of opportunism are likely to be present in the transaction that a SM would have to enter into. Guarding against such incomplete contracts and providing succour to aggrieved parties would be better served through remedial action available under better regulation - rather than banning surrogacy ma

Despite all the problems and disadvantages that might be faced by the SMs in the surrogacy market, I view banning surrogacy as an instance of the government abdicating its responsibilities towards Indian SMs and leaving them to fend for themselves in the underground market that will inevitably emerge. What should the government do in such a situation? Here are a few preliminary thoughts for regulating the surrogacy market:

Of course, the above are merely some initial thoughts on how regulations may be employed to protect SMs. I am sure there will be many more safeguards of a legal nature that will need to be put in place but these will not emerge till the government recognises that banning surrogacy will not achieve its objective of protecting Indian SMs.