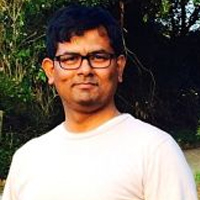 Bihar Chief Minister Nitish Kumar's decision to implement prohibition in the state from 1 April 2016 is based on the rationale that alcohol consumption is the primary reason for violence against women. In this article, Kumar and Prakash argue that a blanket ban on alcohol won't stem violence against women – but making alcohol costlier may help.

The announcement made by Nitish Kumar that Bihar will implement prohibition from 1 April 2016 is a classic case of tail-chasing. A blanket ban on a preferred substance like alcohol gives rise to a black market, underground production activities, price rise and diversion of scarce law enforcement machineries for activities that the State and the market can easily work together to limit.

And the policy instrument cannot be any simpler. To start, just increase the price of alcohol — both through higher taxes and making access harder — and use the surplus to make the demand for alcohol more price-sensitive.

Kumar's rationale for such a policy is that alcohol consumption is the primary reason for violence against women. A quick glance at the National Family Health Survey (NFHS) (2005-06) paints a truly horrifying picture. Gujarat is at the top among the major states with 74% men of the opinion that wife-beating is justified. The corresponding numbers for Bihar and Uttar Pradesh (UP) are 51% and 38%, respectively.

And, 33% men in Bihar and 25% in UP report taking alcohol while the number for Gujarat is only 15%. However, given that these figures are self-reported and alcohol is prohibited in Gujarat, the figure quoted above should be treated as a lower bound on the percentage of men who drink alcohol.

For all Indian states taken together, alcohol consumption by men was found to be associated with women reporting a 17% higher probability of experiencing domestic violence. When the analysis was restricted just to Gujarat, the probability went up to 26%; for Bihar it was 15%, and for UP 17%. So, alcohol consumption is, indeed, associated with women having a heightened probability of experiencing domestic violence.

Gujarat, a state with the longest period of prohibition in place, has not only failed to make alcohol inaccessible, but it also looks like those who drink here beat their wives with higher probability than the all-India average. Thus, in the face of weak State capacity, such a ban is not able to prevent men with low self-control from consuming alcohol and these men are the ones who are more likely to be violent towards women. These estimates force us to question the rationale of policymakers attempting to ban alcohol despite good intentions.

Such unintended consequences of policies make it hard to imagine that the State machinery will be able to implement alcohol ban well. A better policy will be to slowly wean people away from alcohol, the way it has happened in the US for tobacco use.

More prudent steps will be to increase taxes on alcohol and make use of the surplus money to gainfully employ people and help them live more meaningfully engaged lives, especially in rural areas where boredom and unemployment could be the reasons for indulgence in alcohol.

The surplus money can also be used to open alcohol and other substance de-addiction centres, given that people who drink also tend to use other potentially harmful substances.

These steps might also make the demand for alcohol less price-inelastic1. Our analysis also hints at other usual policy levers to stem Intimate Partner Violence (IPV), like sensitising communities about the pernicious effects of IPV, improvement in education and health of women, age-focused counselling, poverty reduction, and increasing employment among men.

The road to hell is paved with good intentions

Alcohol is consumed voluntarily and in moderate quantity by almost 30% of India's population; a blanket paternalistic ban will lead to a welfare loss by reducing the well-being of this consumer group. Moreover, it will result in a huge revenue loss of Rs. 4,000 crore (US$67 mn approx.) in a resource-starved state. This is not a healthy sign for things to come in Bihar. No state has ever managed to create an innovative and entrepreneurial population with poor financials, infringement on individual freedom, and by wasting the energies of the State in going after 'criminals' created by bad policy.

How well a democracy functions for the people depends on the reputation of the state administration and the maturity of the voters. Using inefficacious policy levers to infringe on individual freedom and making it costlier for people to make mistakes — thus, making it harder for them to learn about their preferences through trial and error — are not only sure ways to infantilise a population, but they will also end up corroding the 'Sushasan Babu'2 reputation of Nitish Kumar.

A version of this article appeared on the Economic Times Blog.