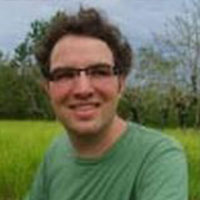 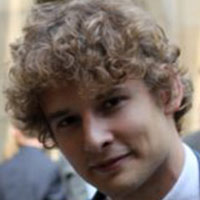 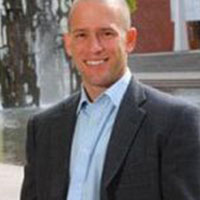 Rural infrastructure programmes of the government create new opportunities for growth but also for corruption. This column studies India’s flagship rural road construction programme and finds evidence that local politicians favour members of their caste or kinship networks in the allocation of contracts. This raises construction costs, adversely affects road quality, and increases the likelihood of ‘missing’ roads.

In a recent paper, we study India’s major rural road construction programme – the Pradhan Mantri Gram Sadak Yojana (PMGSY) – whose tendering process was explicitly designed to forestall corruption and political capture (Lehne, Shapiro, and Vanden Eynde 2016). These tendering rules notwithstanding, we find evidence that local politicians intervene in the allocation of road contracts on behalf of members of their own network. This preferential allocation raises the cost of road construction, adversely affects quality, and increases the likelihood of missing roads (where money changes hands but roads never materialise). The case of PMGSY illustrates how difficult it is to prevent corruption in public infrastructure procurement, and how failure to do so can undermine the real economic opportunities a programme is designed to provide.

PMGSY was launched in December 2000 with the aim of providing all-weather road access to hundreds of thousands of previously unconnected villages. As of June 2016 more than 460,000 km of roads had been completed and more than 120,000 villages or habitations had been connected. The programme is ongoing and its total cost had reached Rs. 1.4 trillion by early 2016. Previous studies have found that PMGSY roads have significant positive effects in the villages they reach, in the form of greater non-agricultural employment (Asher and Novosad 2016), lower price dispersion, and increased technology adoption (Aggarwal 2015).

Our paper assesses political influence on the allocation of PMGSY road contracts using data for more than 88,000 of these roads. In particular, we investigate whether state-level parliamentarians (Members of Legislative Assembly (MLAs)) intervene in the assignment of contracts within their own constituencies. These politicians have no role in the tendering process under the official PMGSY guidelines. They do, however, have a sizeable impact on local economic outcomes (Asher and Novosad 2015, Prakash et al. 2015) partly due to the pressure they are able to exert on local bureaucrats (Iyer and Mani 2012). It has also been shown that they derive significant private gains from holding public office (Fisman et al. 2014). As such, it is conceivable that some MLAs could use their influence to intervene in the allocation of contracts indirectly.

Like many forms of illegal behaviour, such preferential allocation goes undocumented, presenting us with an empirical challenge: how to identify relationships between politicians and the contractors active in their constituencies? We exploit the fact that in much of India, surnames can be a rough indicator of caste or religious identity in addition to family ties. For each MLA we measure the share of road contracts in their constituency won by contractors who share their surname. We also compute the equivalent share for the preceding term, which allows us to track the proximity between MLAs and contractors over the electoral cycle. A natural ‘control group’ in this setting, are the MLA’s unsuccessful political opponents. If politicians are abusing their power in order to allocate contracts to members of their network, one would expect the share of contractors with their name to rise if they win an election, but not if they lose. Restricting our analysis to close elections, we compare candidates who narrowly won, to an otherwise comparable group of candidates who barely lost. This approach ensures that the results are not influenced by factors other than politician influence. Our sample has 4,396 candidates in 2,198 closely contested assembly elections held across India between 2001 and 2013.

Our results provide evidence of corruption in the tendering process for PMGSY. When an MLA is elected the share of contracts awarded to contractors who share their name rises by 63% (from 4% to 6%). These distortions are not negligible. Applying this estimate to our full sample of road contracts, would imply that MLAs intervened in the allocation of around 1,600 road contracts worth approximately US$470 million. Given that our empirical approach only captures preferential allocation to contractors with the same surname as the politician, these estimates can be seen as a lower bound. To the extent that MLAs do exert influence over PMGSY contracts, it is likely that they also do so on behalf of individuals who do not share their surname.

The social costs of corruption in PMGSY

While the preferential allocation we identify contravenes programme rules, this does not in itself mean that it adversely impacts road construction. In order to investigate how corruption affects efficiency and welfare in this setting, we study a range of indicators at the road level. We compare roads built by contractors who shared the MLA’s name, to those built by contractors who shared the runner-up’s name. As before we focus only on close elections.

We find that preferential allocation is associated with a significant increase in the initial cost of road construction. This is an expected consequence of corruption and is consistent with politicians either putting pressure on bureaucrats to reject the lowest bidder in favour of their preferred candidate or providing inside information to preferred bidders that lets them win despite higher costs. Focussing on already completed roads, we find that preferential allocation had no effect on delays or cost overruns but the quality of roads suffered. Roads built by connected contractors were more likely to be classed as “unsatisfactory” or “in need of improvement” in the latest quality inspections.

Finally, we consider a powerful measure of performance: whether an officially completed road exists in practice. This can be ascertained by checking the information on road accessibility in the 2011 Census for villages connected before 2011 according to PMGSY’s administrative records. As a measure of “missing roads”, we consider villages that do not have “all-weather road access”, PMGSY’s stated objective, according to the census. Preferential allocation is associated with a 170% increase in the likelihood of having no all-weather road when one should be present. Applying this estimate for the second measure in a back-of-the-envelope calculation, we conclude that the preferential allocation of roads accounted for an additional 672 missing all-weather roads. These missing roads might otherwise have served roughly 1.16 million people.

The results described above indicate that road contracts may be a form of patronage that some MLAs are able to distribute to members of their caste or kinship network. Prior work on electoral politics suggests that such patronage follows an electoral cycle (Mironov and Zhuravaskya 2015). To test whether preferential allocation is used as form of vote-buying, we test for differential effects in the year before and the year after the assembly election. There is no evidence of increased political intervention in election years. An additional test – where we use the 2008 re-delimitation to divide constituencies into areas which remained ‘politically relevant’ and those which became ‘politically irrelevant’ for upcoming elections – also yields no evidence that preferential allocation is motivated by vote-buying.

In the context of PMGSY, the channelling of patronage through kinship networks may stem from a straightforward profit motive. Collusion between politicians and contractors is risky and requires a degree of mutual trust. This is particularly true of PMGSY, where the central government’s involvement (including quality inspection and centralised data gathering) ensures a certain level of monitoring. In this environment, corruption may be safest within family or caste networks.

Moreover, the design of PMGSY means that local electoral incentives do little to create checks and balances that might complement central monitoring systems. PMGSY is designed without formal involvement from local politicians. And while our evidence suggests that this does not prevent them from exerting significant influence through indirect channels, the lack of formal involvement may mean that voters do not hold MLAs accountable for what is seen as a central government programme. MLAs’ position with regard to PMGSY can therefore be seen as a perfect opportunity for rent seeking. They retain control over resources, without being held responsible for the quality of the roads that are constructed – if they are constructed at all.

Should bribe-givers be let off?