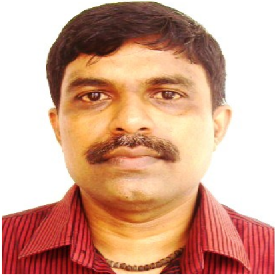 Credit constraints, a consequence of the widespread failure of credit markets in developing countries, are widely regarded as a key constraint to entrepreneurship. Using 2010-11 and 2015-16 National Sample Survey data, this article shows that policy actions of the Indian government to increase access to finance in India’s under-banked districts in this period succeeded in one important dimension – it contributed to the growth of entrepreneurship in India’s informal sector, enabling many of the self-employed to become employers, by hiring outside workers.

One of the salient features of developing countries is the existence of a large informal economy characterised by a large mass of non-entrepreneurial firms (De Vreyer and Roubaud 2013). These firms are typically household units, and are survivalist in nature, with limited prospects for growth (Grimm et al. 2012). Many of these household units are run by women, who seem to face greater hurdles than men in making the transition to entrepreneurial firms (for a review on related research, see Jennings and Brush 2013). A large literature has attempted to understand why so few firms expand beyond the household unit (consequently becoming more productive), and why we see gender differences in entrepreneurship in the informal sector (see Chen 2012 and Fields 2019). Credit constraints, a consequence of the widespread failure of credit markets in developing countries, are widely regarded as a key constraint to entrepreneurship (Kerr and Nanda 2011). Yet systematic evidence on the causal role of finance in determining entrepreneurship in general, and female entrepreneurship in particular, is lacking.

In a recent study (Gang et al. 2022), we focus on this issue and examine the role that financial access plays in expanding informal sector enterprises beyond family and household units. We ask two questions: (i) Does informal economic activity become more entrepreneurial in response to increased financial inclusion?; (ii) Does access to new financing options change the gender configuration of informal economic activity and, if so, in what ways and what directions? The context of our study is India during the 2010s, a period during which banking policies greatly expanded banking access to women and to the unbanked.

We picture the informal sector as composed of two firm types – family firms and entrepreneurial firms. The distinction is that entrepreneurial firms employ outside non-family workers – that is, hired workers. We examine the impact of financial inclusion – partly captured by banking access – on proprietorship in entrepreneurial informal firms and its consequences, focussing on the gender differences in these impacts. We look at India’s informal sector, including manufacturing firms and unincorporated non-agricultural enterprises. Approximately 75% of manufacturing employment and 17% of manufacturing output are in this sector, and about 86% of these firms are family-owned (Raj and Sen 2016). We use nationwide repeated cross-sectional data collected in 2010-11 (67th round) and 2015-16 (73rd round) by India’s National Sample Survey Office (NSSO).

India’s central bank, the Reserve Bank of India (RBI), follows specific policies aimed at expanding access to banking services. In 2005, the RBI began classifying districts (state subdivisions) as under-banked if their population per bank branch was greater than the national average. Various policies then encouraged bank branch expansion in these districts1. The period between 2010-11 and 2015-16 was one of rapid expansion of banking availability in India aimed particularly at the unbanked, under-banked, and women. This is evident from the decline in number of under-banked districts in India, from 355 in 2010-11 to 344 in 2015-16 (see Table 1). The population covered per branch, which was 13,027 in 2010-11, also dropped significantly to 8,683 in 2015-16. Two main programmes, Bharatiya Mahila Bank (Indian Women’s Bank)2 started on 19 November 2013, and the Pradhan Mantri Jan Dhan Yojana (Prime Minister’s People’s Wealth Scheme)3 launched on 28 August 2014 seem to have contributed to the expansion of financial access in the country. The share of adults with a bank account more than doubled from 2011 to 2017 to 80%; among women, account ownership increased more than 30% between 2014 and 2017.

Note: Our sample comprises 562 districts in each year; if district population per branch > national average, the district is classified as under-banked.

Source: Authors’ calculations based on data from the RBI publication “Basic Statistical Returns of Scheduled Commercial Banks in India” (2011, 2016).

Banks, which meet 40% of the RBI's priority-sector lending requirements through adjusted net bank credit (ANBC), have to mandatorily lend 10% per cent of ANBC to economically and socially disadvantaged groups, including women. In 2013, women were included in the priority sector, which prior to this year comprised of small and marginal farmers, agricultural workers, and Scheduled Castes (SCs) and Scheduled Tribes (STs). Though women were included in the latter part of the time period we examine (2010-11 to 2015-16), these programmes rapidly expanded bank account ownership generally, and are representative of numerous policies undertaken by the RBI to expand financial inclusion over the 21st century.

Banking the unbanked and under-banked is a multi-pronged strategy that has been pushed by governments and international organisations to help individuals and firms, especially those in the informal sector. But has it really delivered? The number of financial accounts opened, and by whom, are often regarded as measures of success in bringing the unbanked into the formal financial system. Does it translate into gains for the poor, to more productive and efficient firms, to greater gender equity in outcomes, and turn some of the beneficiaries into owners of entrepreneurial firms in the informal sector? How does informal economic activity respond to the extension of financial inclusion? Does it help women enter sectors and subsectors from which they previously were absent?

Investigating the link between access to finance and entrepreneurship

Relying on data drawn from the 67th (2010-11) and the 73rd (2015-16) rounds of the National Sample Survey (NSS) on unincorporated non-agricultural enterprises, we examine how important access to finance is for informal sector firms to make the transition from non-entrepreneurial to entrepreneurial firms.

Our definition of transition focusses on the movement of firms employing only family workers to the ones employing at least one hired worker on a regular basis (besides family workers). The decision to employ a hired worker transforms an informal firm from an own-account enterprise to an employer, and is seen as an indicator of ‘entrepreneurial success’ (Gindling and Newhouse 2014).

Figure 1. Entrepreneurship and gender of the owner 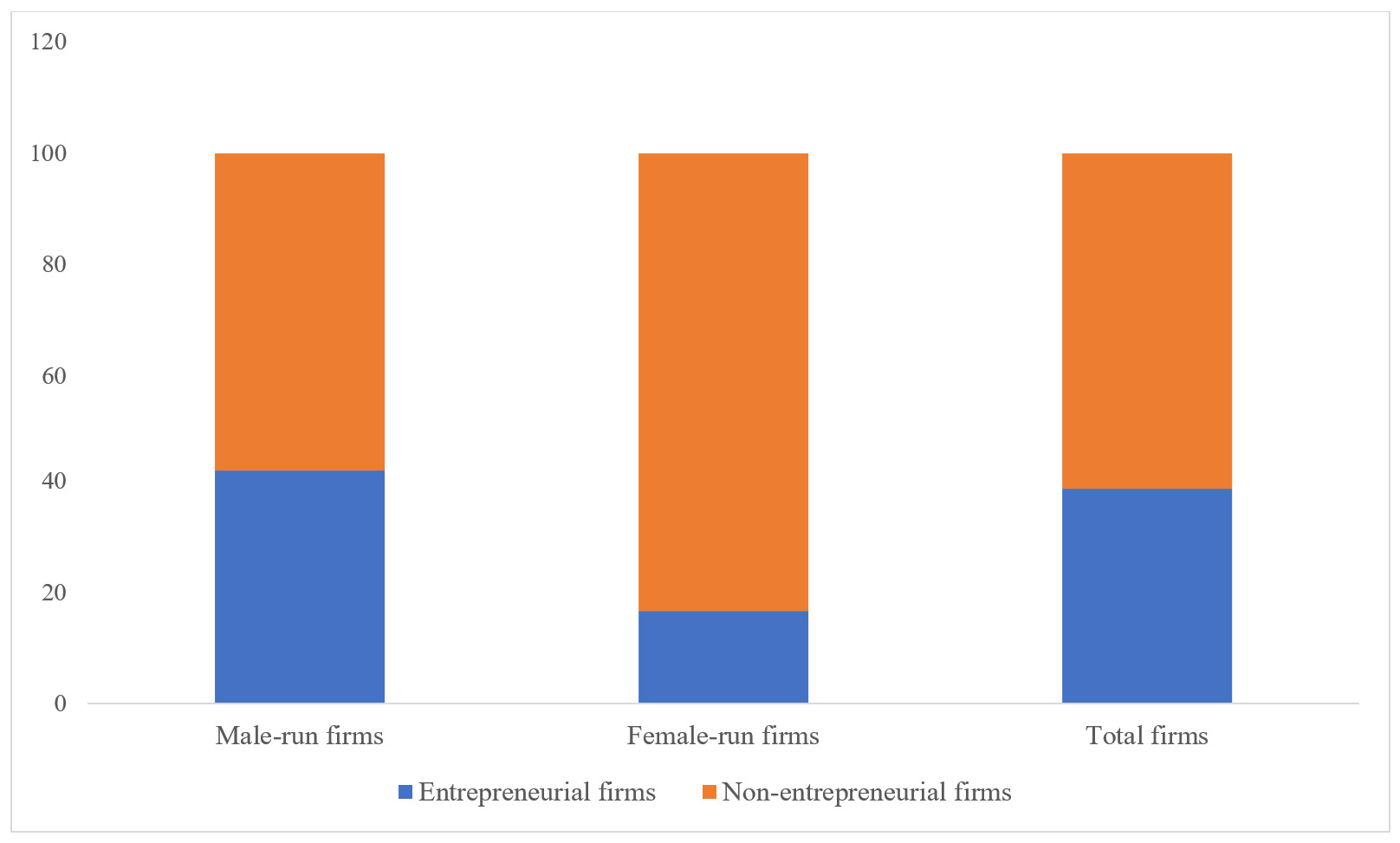 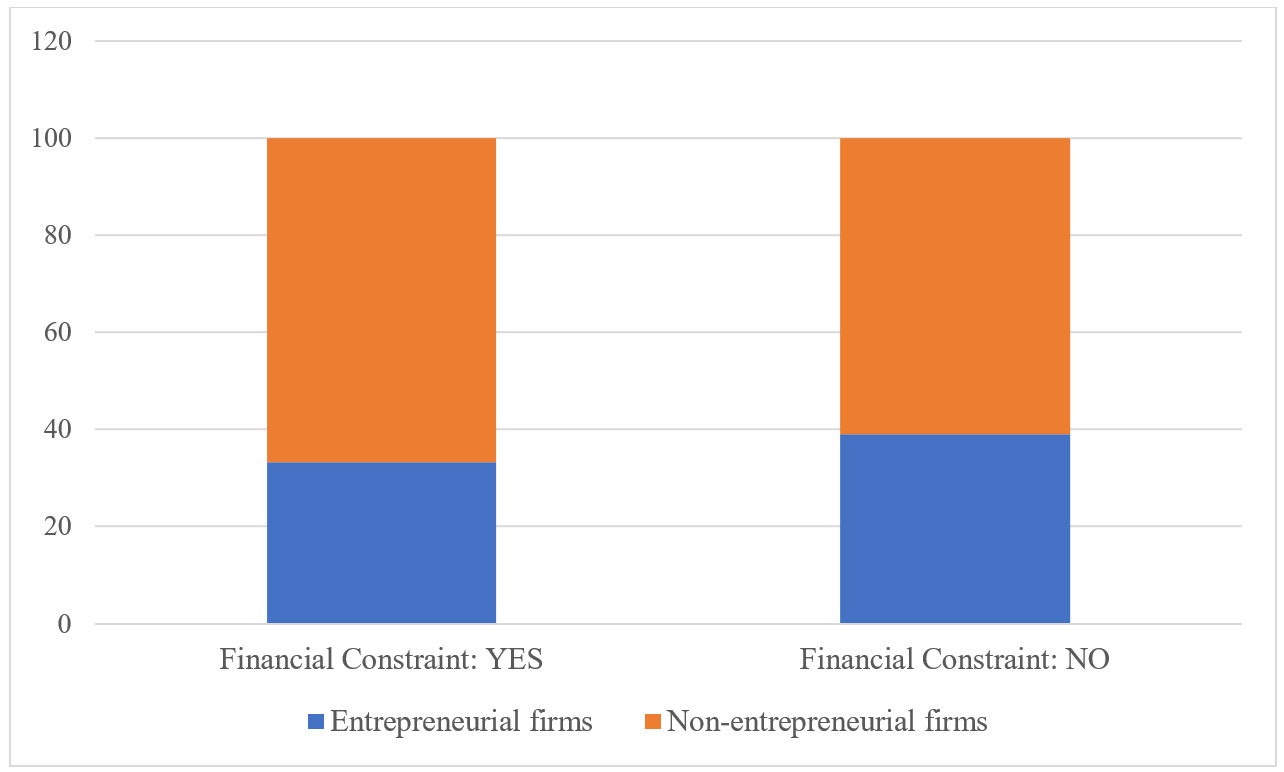 We carry out a more formal evaluation of the relationship between access to finance and entrepreneurship by employing a logit model. We capture financial constraints using two core explanatory variables: (i) information self-reported by firms facing financial constraints (similar to the variable employed by studies making use of the World Bank Enterprise Surveys); (2) a set of categorical variables on whether the firm obtained bank loans, government loans, non-government loans, or no loans.

We find that lack of access to finance constrains the transition of firms in the informal sector in India – likelihood of firm transition reduces to the tune of 2.5% in the presence of financial constraints. This effectively means that as the constraint weakens, firms are willing and able to expand hiring beyond family workers. One limitation of the logit analysis is that our core explanatory variables may be potentially endogenous4 – as firms expand their operations, they may seek additional external finance. This means that our logit estimation may not produce the true causal relationship between an enterprise’s financial constraints and its entrepreneurship.

We address the endogeneity potential by implementing an instrumental variable approach5, relying on the idea that an increase in the number of bank branches in a particular district may lessen the difficulty of obtaining financing for informal firms. Under-banked districts have less access; during the 2010s, policy strove to increase the number of branches. Our principal banking access measure, that is, our instrumental variable, is whether the district had a population per branch below (banked) or above (under-banked) the national average. This is the indicator the RBI used in implementing its policy to increase branches in under-banked districts. When the principal banking access measure (the instrumental variable) affects the likelihood of entrepreneurship only through our measures of financial constraints, then we can make causal inferences regarding the relationship between an enterprise’s financial constraints and its entrepreneurship6.

Our results show a strong potential role for increased liquidity. Irrespective of the measure of financial constraint we use, we find clear evidence that financial constraints matter for the likelihood of becoming an entrepreneur in the informal sector in India. However, we fail to establish a link between gender and entrepreneurship – relaxing the constraint does not make it more likely that women in the sector will become more entrepreneurial than men. Both women and men are equally capable of expanding their firms as entrepreneurial entities once they are able to access bank credit.

Our findings have strong implications for policy. In the 2000s, the Indian government initiated an ambitious set of reforms with the objective of ensuring that parts of the country, which historically had low access to banking services would be able to have better access to formal financial institutions. At the same time, India has the endemic problem of a large informal sector, mostly populated by micro household (own-account) enterprises that have low productivity (Raj and Sen 2016). Our findings suggest that the policy actions of the Indian government, in the years intervening 2010 and 2016, to increase access to finance in India’s under-banked districts succeeded in one important dimension – it contributed to the growth of entrepreneurship in India’s informal sector, enabling many of the self-employed to become employers, by hiring at least one outside worker.