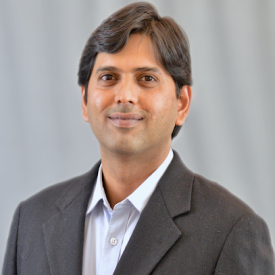 Globally, an estimated 4 million people die prematurely because of air pollution every year. This article exploits seasonal changes in air quality arising due to agricultural fires – used by farmers to clear land for planting – to estimate the causal impact of air pollution on infant mortality across India. It finds that an increase in particulate matter by 10 micrograms per cubic metre results in nearly 96,000 additional under-five deaths annually.

Each winter Delhi is shrouded by smog, and the city routinely tops the list of the world’s most polluted cities. Apart from urban and industrial sources, a significant contributor to pollution is the smoke blown in by the wind from agricultural fires used to burn crop-residue on the fields in nearby rural areas (Cusworth et al. 2018). Those who can take adaptive measures do so, some as drastic as leaving Delhi. What are the costs of pollution for those in rural areas and vulnerable urban residents who often lack the resources to adopt avoidance behaviours?

In recent research, I examine a critical component of the pollution cost in developing countries – its impact on infant mortality (Pullabhotla 2018). I exploit seasonal changes in air quality arising due to agricultural fires, combining high-resolution satellite data on fire activity with geocoded survey data on nearly half-a-million births across India over a 10-year period (2006-2016). I also exploit the fact that fires occurring in the direction from which the wind is blowing (upwind fires) are more likely to bring in particulate matter and increase pollution. Therefore, using remote sensing data, I construct measures of exposure to upwind fires for each birth in the sample. Relying on a combination of changes in fire activity and wind direction to measure pollution exposure helps address any potential concern that local agricultural, economic or other unobserved factors may be driving the results.

The data and empirical strategy allow me to measure the impact of pollution exposure over a much larger geographic and temporal scale than previous studies. Existing research has predominantly examined pollution effects on infant mortality in urban areas (He et al. 2016), and focused on vehicular (Currie et al. 2011) or industrial sources (Cesur et al. 2015) of pollution. Other studies have examined the fallout from forest fires (Jayachandran 2009), or other extreme events that lead to a short-term spike in ambient pollution. Related work on agricultural fires (Rangel et al. 2018) has focused on outcomes at birth amongst urbanised municipalities in Brazil. These scenarios raise concerns of external validity and past studies also typically lack the statistical power required to investigate the differential effects across subpopulations – for instance, rural and low-income urban households with limited options for avoidance behaviour and low access to healthcare.

I use daily, pixel-level (corresponding to approximately 1 × 1 sq. km) fire detection data from the Fire Information for Resource Management System. While public attention has focused on crop-residue burning during winter in northern India in the vicinity of Delhi, satellite imagery shows that agricultural fires are widespread across the country with variation across seasons. There are more than 800,000 pixels with fire activity during the study period (Figure 1). I also draw upon satellite data to construct monthly measures of wind direction, as well as temperature and precipitation at a high level of spatial resolution. The data for the outcome measures of infant mortality come from birth histories for each woman interviewed in the National Family and Health Survey (NFHS) – 4. The sample households are geocoded at the cluster level (each cluster is approximately analogous to a village). I match the location and timing of nearly half-a-million births to fire activity and wind direction in the months leading up to each birth.

The empirical strategy I use is similar in spirit to a difference-in-differences approach. I compare the changes in the mortality outcomes for births occurring at the same location and season, over different years, and across locations with high number of up-wind fires versus those with a low number of upwind fires. The main regression results also account for climatic variables such as temperature and rainfall.

Agricultural fires increase pollution, but only if they are in the upwind direction

The main results on the mortality outcomes show that pollution from upwind agricultural fires increases neonatal mortality rate and infant mortality rate, while downwind fires have no effect. The estimates from the preferred show that in-utero exposure to upwind fires results in 2.7 additional neonatal deaths (within one month of birth) per 1,000 births, more than 3 additional infant deaths (within the first year of life) per 1,000 births and a similar number of under-five mortalities. I also undertake a variety of tests to check robustness of the results, including comparing the birth outcomes between siblings born to the same mother, across different years. The results remain consistent across these alternative regression specifications.

What does this mean in terms of lives lost due to pollution?

I take advantage of the nationally representative nature of the data to present aggregate, nationwide estimates of the total number of deaths attributable to pollution exposure. Using the effect of upwind fires on pollution and mortality, and combining with population mortality numbers, I find that an increase of 10 (µg/m³)  in PM10 results in nearly 96,000 additional under-five deaths per year. These mortality costs are nearly twice the number compared to previous estimates (Lelieveld et al. 2018) that apply exposure-response functions based on studies mostly focused on developed countries to estimate mortality costs of pollution exposure.

Who are most vulnerable to these mortality effects of pollution?

The adverse effects are driven entirely by the mortality impact of agricultural fires within rural areas. Neonatal mortality increases by 9.2% and infant mortality by 7.7% relative to the average mortality rates – significantly higher compared to the overall sample even accounting for the fact that mortality rates are higher in the rural areas. While the overall effect in urban regions is relatively muted, the households’ wealth level is an important mediating factor. The poorest urban households face a higher infant mortality risk than the average effect seen within rural areas. I also find that children born to mothers who work as agricultural or manual labour are likely to have higher neonatal and infant mortality risk in rural areas. Overall, the results indicate that wealthier urban households may be able to undertake avoidance behaviour such as staying indoors during pregnancy. They may also have better access to health and maternal care services such as deliveries in hospitals that could mitigate the immediate consequences of air pollution on birth outcomes. These urban-rural disparities are consistent with the findings in the previous literature that document the existence of higher pollution burden on rural residents.

The results of this study add to the growing literature on air pollution and health. Unlike most previous studies in this area, this paper focuses on pollution from non-industrial, non-urban sources of pollution. These results highlight the public health implications of agricultural fires and the need for feasible policies to reduce such practices among farmers. Initial attempts to place a ban on any residue burning failed. More recent efforts focus on strategies to promote direct seeding machinery that can circumvent the need for clearing the residue from the field before planting, as well as subsidies for other residue management technologies. The potential for policies such as these to reduce the practice of crop-residue burning among farmers and subsequent effect on infant health remains to be seen.

Well conceived, planned and executed study. On the other side of coin, what factors contributed to crop burning by farmers is intriguing.