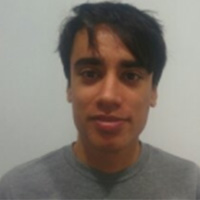 In principle, leaders can facilitate group coordination towards a common goal but in diverse societies, their effectiveness may depend upon their social identity, and how citizens react to leader identity. Based on a lab-in-field experiment in India, this article investigates the role of leader religion in improving coordination, and the effectiveness of two policies that are often used to aid disadvantaged groups: intergroup contact, and affirmative action.

Coordinating economic actions across individuals can be critical to resolving collective action problems and market failure. For instance, coordination may be necessary for escaping poverty traps, changing social norms, optimising resource use on common land, or improving the provision of public goods. However, coordination may be difficult to achieve in diverse societies such as India. In principle, leaders can facilitate coordination towards a common goal but, in diverse societies, their effectiveness may depend upon their social identity, and on how citizens react to leader identity. In a recent IGC (International Growth Centre) working paper (Bhalotra et al. 2018), we investigate the role of leader identity (religion) in improving group coordination, using a lab-in-field experiment in India. We also investigate the effectiveness of two policies commonly used to improve integration and opportunities for minorities: intergroup contact, and affirmative action. We further examine whether a history of intergroup conflict jeopardises the effectiveness of these interventions, and to what extent remediation is easier where high levels of conflict have not yet emerged.

A coordination game in the field

It is difficult to infer the impact of leader identity on coordination outcomes using observational data, for three reasons. First, leader identity is not randomly assigned and may be correlated with characteristics or preferences of the citizens. Second, it is very difficult to obtain secondary data on coordination outcomes. Third, observational data will tend to identify the combined impact of leader preferences (or actions) and citizen reactions to leader identity. We therefore conducted a laboratory-style experiment in which we experimentally varied the identity of the leader, and measured coordination using a group-level effort measure. The experimental setting allows us to identify citizen reactions to the identity of the leader independently of the leader’s actions.

We focused upon religious identity, sampling Hindus and Muslims across 44 towns in India’s largest state, Uttar Pradesh, where religious identity is salient to politics and conflict. Muslims in India are disadvantaged in many domains, being poorer and less literate than the general population (The Economist, 2016). Only 7.6% of state legislators were Muslims over the period 1980-2010, indicating under-representation relative to their population share of 14% (Bhalotra et al. 2014). There is a significant degree of residential segregation (Field et al. 2008), and Muslim communities exhibit positive in-group bias in trust (Gupta et al. 2018). Violence between Hindu and Muslims has occurred frequently in India generating insecurity, displacement, segregation, and loss of property and life (Varshney 2002).

The experiment involves a coordination game in which 1,028 participants are randomly assigned into groups of four (which we label a “firm”) consisting of two Hindus and two Muslims. Half of the groups were randomly assigned to have Hindu leaders, and the other half had Muslim leaders. In the coordination game, each participant must decide how many hours of effort to devote to the firm. The individual’s payoff depends on their own effort and the minimum effort in the firm. The design, which resembles many real-life situations, implies that coordinating on higher levels of effort is beneficial for the group as a whole, but there are strong individual incentives to shirk if one believes that the others will shirk. The game is designed to induce coordination failure (Brandts and Cooper 2007). The game is repeated, and individuals are informed of their firm’s minimum effort in the previous period. Consistent with coordination failure, after four rounds, the minimum effort for most firms is indeed close to zero.

Does the leader’s religion influence coordination?

After four rounds have been played, we randomly select one member of each group to be the leader. Only the leader is aware of his/her new role; other members do not know who the leader is. Leaders propose a (non-binding) level of effort to the group. The proposed effort level is revealed to the other firm members, together with the leader’s religious identity, after which all members including the leader, make their effort decisions for the fifth and sixth rounds. The measure of leader effectiveness is the increase in minimum group effort following the introduction of the leader.

We find that Muslim leaders increase minimum group effort by 31%, coordinating group outcomes to a more socially optimal equilibrium, while Hindu leaders have no significant impact on coordination. Note that increasing minimum group effort improves payoffs for all members of the group. The greater effectiveness of Muslim leaders does not arise from them proposing higher effort (a proxy for leader preferences or actions), but rather from citizen reactions to leader identity. The results are also not explained by differential beliefs of team members regarding Hindu or Muslim leaders’ own efforts. Nor are they explained by perceptions of leader competence: participants who report thinking that “Muslim leaders are less competent than Hindu leaders” do not make different effort choices compared to those who do not agree with this statement. Stronger in-group behaviour among minority group individuals (as documented previously in Bisin and Verdier 2011, Gupta et al. 2018) seems a likely explanation: we find that Muslim participants exert higher effort in groups with Muslim leaders, but only in towns where Muslims are a population minority.

To extend the analysis into the policy domain and test the effectiveness of two policies that are often used to aid disadvantaged groups, we randomly assigned groups into two ‘treatments’. One treatment replicates an affirmative action (AA) policy that involves telling participants that half of the leader positions were reserved, and the other replicates an intergroup contact policy, achieved by having mixed-religion pairs collaborate in solving a puzzle before coordination is measured. The 44 sites were randomly assigned to three arms of the experiment: 14 were retained in a ‘control’ arm and 15 each were assigned to the intergroup contact and AA treatments. We also present estimates distinguishing towns with and without a history of intergroup conflict. This novel design allows us to investigate how the efficacy of two popular interventions varies relative to the baseline in high- and low-conflict areas.

The greater effectiveness of Muslim leaders that was observed in the control arm disappears in the AA treatment arm. After participants are told that half of the leader positions were subject to reservation, there is no improvement in coordination under Muslim leaders, and a significant increase in coordination in Hindu-led groups. This is consistent with backlash against Muslims and an increased sense of solidarity among Hindus, in response to a quota policy. When we disaggregate the data by district conflict history, we find that the decline in the effectiveness of Muslim leaders under quotas is larger in high-conflict areas.

In the intergroup contact treatment, we find that contact improves coordination irrespective of leader identity. This has implications for policy, for example, motivating de-segregation. Previous work shows that segregation can act to intensify existing prejudices (Glaeser 2005, Enos and Gidron 2016, Field et al. 2008), and our results complement this work, showing that even a short exposure can improve coordination, consistent with lower prejudice. However, conflict history still plays a role: intergroup contact increases Muslim leader effectiveness more in low-conflict areas. The effectiveness of Hindu leaders is not sensitive to conflict history.

We show that a policy that encourages intergroup contact tends to increase economic coordination. This is important in cases such as India where towns and villages are often segregated based on religious or caste affiliation. Our research also shows that AA policies can generate significant backlash against the recipients of quotas. This backlash is stronger in conflict-prone areas where in-group favouritism and out-group discrimination is likely to be more pronounced. This suggests that before AA policies are introduced in areas prone to high conflict, it may be important to address in-group bias, for instance, by improving intergroup contact. Our results may, in principle, apply not only to political leadership but also to leadership positions in other domains, for instance, in the police forces or the judiciary. Our findings are relevant to research and policy design in several areas that are currently distinct from one another, including coordination, leader identity, quotas, segregation, in-group bias, and conflict.