How participatory is work planning under MNREGA? 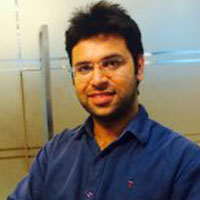 In 2014, the Ministry of Rural Development introduced the ‘Intensive Participatory Planning Exercise’ (IPPE) framework in 2,500 most backward blocks of the country, with the objective of making the work planning process under MNREGA more participatory. In this note, Akshay Ahuja, senior project officer at HCL Foundation, shares his experience of supporting the local administration of Hardoi district in Uttar Pradesh in implementing IPPE on the ground.

In January, I came across an article posted on Ideas for India titled, “From the top to the bottom of MNREGA” by Megan Sheahan. Megan, a Research Support Specialist at Cornell University, shared her experience of closely observing MNREGA (Mahatma Gandhi National Rural Employment Guarantee Act)1 implementation in Andhra Pradesh. She made an important observation, “…despite the demand-driven intent of the programme, workers had little control over when they could work, for how long, and what types of works would move forward.” This observation made me reflect on similar issues related to the participation (or lack thereof) of beneficiaries that I encountered while supporting the government of Uttar Pradesh in carrying out MNREGA work planning under the Intensive Participatory Planning Exercise (IPPE-1) framework in five Gram Panchayats (GPs) of district Hardoi.

IPPE-1 was introduced by the Ministry of Rural Development in 2014 in 2,500 most backward blocks of the country. The objective of IPPE-1 was to adopt a participatory approach for the work planning process under MNREGA. In 2015, the ministry moved one step ahead and launched IPPE-2. The objective this time was to make the work planning process convergent with other government programmes, along with being participative.

IPPE-2 provides an elaborate description of activities to be performed as part of the work planning exercise. It involves activities like creating resource and seasonality maps of communities, and conducting individual household surveys. These activities are important for multiple reasons. Resource maps provide information about the existing assets (drains, hand pumps, schools, etc.) based on which the communities can determine what other assets are required, subject to what is permissible under MNREGA. These maps also show the availability of natural resources in the area, which has a bearing on the feasibility of creating new assets/amenities. Seasonality maps can help the community in understanding the purpose of MNREGA by charting out periods of seasonal unemployment when they could demand work. To ensure participation of people from socially excluded communities and feasibility of suggested works, the framework promotes focussed group discussions and site visits. All these activities are required for identifying community works.

How it works on the ground

I, along with a team of 16 people, spent two months, from December 2015 to January 2016, conducting various exercises under IPPE-2 in five GPs of one of the IPPE blocks of Hardoi. Out of 41 GPs in the block, work for only these five was initiated by December, 2015.

The planning exercise, in practice, intersected with the agricultural peak season. The time period set for planning MNREGA works is from August to December every year. This is fixed to match the government’s budgetary cycle. However, by the time the district administration constituted the Block Planning Team (the team responsible for rolling down the training to panchayat functionaries) it was December. And carrying out such intensive activities, like resource and seasonality mapping, in January defeated the purpose as this overlapped with Rabi harvest (spring harvest/winter crop). This limited the key objective of the framework - participation of people.

IPPE includes resource mapping and seasonal calendar as ways to ensure that communities have a say in the type and timing of work. These are thoughtful efforts. However, because such participatory approaches require a trained facilitator and expertise, which Rozgar Sevaks (responsible for overseeing job applications, allocation of work, preparation of muster roll, etc.) and Gram Panchayat Adhikaris (responsible for implementing policy decisions taken by the Panchayat secretariat) usually lack, these were observed to be ineffective in practice.

Administering of questionnaire for individual works was also found to be plagued with issues. IPPE-2 relies on SECC data for identification of vulnerable households. Inconsistency in SECC data made identification of households a difficult task. For example, some households, particularly the female-headed ones, became difficult to identify as the data only mentioned the name of the father of the female rather than the husband. Since the father of the female was usually not the resident of that community, it became difficult to identify the female-headed households listed in SECC. Similarly, surveying households that had seasonally migrated to nearby towns or cities became tedious. This becomes a concern particularly because female-headed households and distressed migrants are among the chief targets of the scheme.

It is important to ensure that processes like constitution and training of Block Planning Team are undertaken on time. Otherwise, by the time the training rolls down to the ground-level functionaries, there is little time left for them to perform. Also, the quantum of work to be performed becomes concentrated over a short span of time.

If the stipulated time is duly available to the ground functionaries then it would also provide them space to locally resolve issues like ensuring availability of community people who find it difficult to spare time during the agricultural peak seasons.

If the potential gains from IPPE are to be realised then the government needs to focus on improving administrative capacities for implementation of the framework. It is imperative to augment capacity of Rozgar Sevaks and Panchayat Adhikaris to undertake intensive exercises like resource and seasonal mappings. Reform efforts should focus on creating a stronger and more capable local administration.