How to motivate India's community workers?

People who work on-the-ground are essential to India's development effort. But how to get these teachers, health workers and so on to work hard when money is tight? This column argues that there are other ways to motivate community workers that aren’t being used to their full potential - and there might be better ways to choose the best workers as well.

Around the world, there are hundreds of thousands of community workers making up the front line of the development effort. As teachers, health workers, administrators, and auditors, these workers help to bridge the ‘last mile’ problem in development. Working with limited technology and scarce resources, they are responsible for actually providing the services, as well as monitoring and evaluating. It is no exaggeration to say that, with out them, development would fail to reach some of the most difficult, remote, and needy places in the world.

India is an epicentre of this reality. Consider, for example, the day-to-day roles of female community leaders working with an education non-profit such as Pratham. These project leaders form a core part of many of Pratham’sactivities, enabling the organisation to serve 19 states across the country. Their work is by no measures easy or inconsequential. They must convince their families to leave their village districts and relocate to new corners of their state, entrusting their fate to a new organisation. As they walk from hamlet to hamlet in India’s mid-summer heat, Pratham’s project leaders serve as daily role models to community members, providing constant support that enables change to be catalysed from within. This isn’t a romanticised view of Indian development – it is the nuts and bolt sof what it takes to administer India’s social welfare programmes, which are some of the largest in the world. In aggregate, the numbers in both the government and non-for-profit sectors are staggering. The Indian government employs 20 million government servants in administrative and bureaucratic functions (Swami 2012) and it is often cited that India is home to upwards of three million NGOs, or one NGO for every 400 people (Shukla 2010).

Despite their critical role, little is really understood about what motivates these community-based workers. Identifying what drives them (rather than assuming their motivation is immeasurable or unchangeable) could ultimately transform service delivery to the poor – in India and around the world.

All about the money?

Providing attractive financial incentives for these workers and in particular, offering pay-for-performance schemes, may improve the quality of service provision by increasing the effort of workers. For example, evidence suggests that modest bonuses based on improvements in student test scores led to better outcomes in government schools in rural Andhra Pradesh (Muralidharan and Sundararaman 2009). Often, however, the opportunity to successfully implement this type of variable financial remuneration in India is limited; entrenched political attitudes and administrative constraints make the adoption of pay-for-performance in the country’s civil service and not-for-profit sector possible only with unyielding effort and patience.

Even if financial incentives could be implemented more easily in India, it is not certain that they would always be the most effective mechanism for motivating behaviour that has a social benefit rather than a private one. In the case of the teachers in Andhra Pradesh, for example, pay-for-performance incentives were successful but they were not evaluated against non-financial rewards.

In a recent field experiment(Ashraf et al. 2012), my colleagues and I sought to identify the type of incentive that would best motivate hairdressers in Zambia to sell female condoms to their customers.1 Hairdressers who were offered non-financial incentives –in the form of a publicly visible thermometer2 that displayed a star for each female condom sold,and linked the stars to the social impact of preventing HIV– sold twice as many condoms as hairdressers who were offered financial incentives. Moreover, the study found that financial incentives, which were necessarily small, had no impact on sales above the level attained by members of a volunteer group, who were given no reward for selling.3

Our results suggest that there is tremendous unexplored potential in non-financial incentives. Community recognition or public expressions of gratitude, reflections or reminders that help us remember the purposeful nature of our work, and social competition are all non-financial incentives that could have a serious role to play in alleviating problems that plague Indian public service delivery to the poor –across health, education, access to finance, and infrastructure.

The internal barometers for action within each of us – a confluence of our sense of justice,morality, purpose, and enjoyment – comprise our intrinsic motivation. When our internal motivation seeks to positively impact our community, we possess an asset I call ‘altruistic capital’. A key contribution of our study with hairdressers was that our design enabled us to decipher whether the non-financial incentives brought out people’s intrinsic motivation for contributing to the fight against HIV.

Motivation was measured in several ways, including by hairdressers’ responses to a contextualised game4 where they were given money and asked how much they would like to donate to a well-known charity providing care to HIV patients. By this measure, motivated agents sold nearly three times as many condoms when presented with non-financial incentives than under the high financial-reward treatment. This suggests that non-financial incentives are able to bring out internal motivation.5 Indeed,altruistic capital, like all forms of capital, can be nurtured or destroyed by an organisation’s policies.

Our current research builds on these insights and seeks to improve an additional policy lever – recruitment and selection. We are currently working with the Zambian Ministry of Health to test the effectiveness of various recruitment and remuneration options for a new group of civil servants – trained community health workers. In our field experiment ‘Mission Incentives’

(Ashraf et al. 2012), we measure the impact of recruiting through two very different messages,which emphasise different types of ‘missions’: ‘serve your community’ versus ‘boost your career’.6 These different adverts were randomly assigned to the 48 districts involved in the nation-wide experiment. The nascent community based civil servants were interviewed and selected by decentralised ‘selection panels’, consisting of a district officer representing the Ministry, a Health Centre worker, and three community members.Emerging results on the impact of selection suggest these different types of messages affected both the types of individuals that applied and their subsequent performance, and the emphasis of the selection panels, changing whose voices on the committee had more weight.

Can it work in India?

Though our experience in Zambia shows much promise, many questions remain to be answered, particularly for the Indian context,where deeply entrenched norms surrounding civil service may pose a different opportunity for non-financial incentives. Rather than lament the inefficiency of a bloated bureaucracy, a better pursuit would be to use the availability of workers to adapt and test successful non-financial incentives that researchers have identified in other contexts. In the face of bureaucracy, corruption, rising inequity, and poor service delivery outcomes (even for proven interventions), we should focus academic and policy effort on innovation in precisely this area. To help India achieve greater literacy rates, improved child nutrition, increased sanitation, and so on, we can benefit from looking deeper at ourselves and treating ourselves as complex human beings with multiple motivations that drive our behaviour. 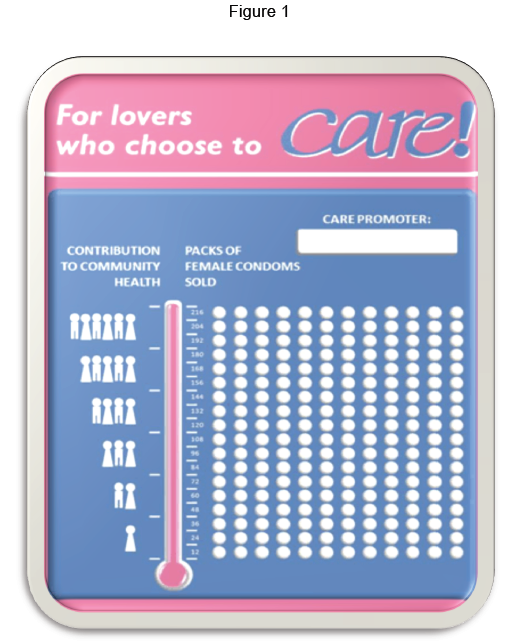