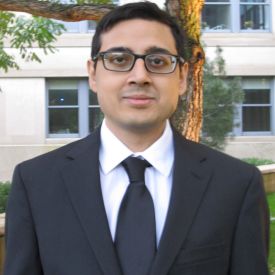 Theory suggests better economic outcomes prevail when providers at different levels of government are politically aligned. While politicians are jointly responsible for several policies, other policies are entirely provided by a single politician. This article studies the development effects of political alignment between local legislative constituency representatives and state governments in India. It finds that regions where such political alignment exists get fewer policies that are entirely provided by a single politician.

Theory suggests better economic outcomes prevail when providers at different levels of government are politically aligned. In a recent paper (Sarkar 2018), I explore the relationship of economic outcomes in a legislative constituency with the political alignment of the local representative (Member of Legislative Assembly (MLA) and the state government.1

Reasons analogous to joint provisioning by multiple politicians (Gulzar and Pasquale 2017) imply that a region may get more - or have better implementation - of some policies if providers are politically aligned (Asher and Novosad 2017): (a) voters may not perfectly account for eﬀorts of each provider who may not like to give credit to providers from another political party, and (b) free-riding may be less or control of bureaucrats more if politicians are politically aligned. However, if the policy is provided by a single politician, any diﬀerence in provisioning between aligned and non-aligned constituencies is unlikely.

Policies are however not of a single type: some are entirely provided by a single politician while others are provided jointly by politicians at different levels of government. Although production may have complementarities (Kremer 1993), diminishing electoral returns from provisioning is a reasonable assumption under the standard objectives of a political party like maximisation of expected number of seats won under a first-past-the-post2 system. Substitution of various electoral strategies by the ruling party (as in case of central government transfers to Brazilian municipalities in Bueno (2018) implies the following prediction: Aligned constituencies will get less of the policies which are entirely provided by a single politician – in this case, either the state government or the MLA.3

Political alignment is positively correlated with vote share diﬀerence of the ruling political party. First, policies may be conditional on past votes (‘prospective voting model’ as in Downs (1957). Second, presence of political supporters or powerful factions within the party can aﬀect policies (Kramer 1966, Harmel et al. 1995). Both may be positively associated with the past vote share. Third, when voters vote based on past policies (‘retrospective voting model’ as in Weingast et al. (1981), a ruling political party may target policies to electorally pivotal constituencies which is also dependent on past vote shares.

Hence, to identify the causal relationship of political alignment with economic outcomes, I compare constituencies where the ruling political party’s legislator narrowly won with constituencies where they narrowly lost4. Past promises of the party, presence of political supporters or factional strength (Lee 2019) should not be a function of mere alignment status of the legislator. Also, unless parties have an asymmetric probability to win state elections, incumbency disadvantage (Uppal 2009) should not imply differential importance from an electoral standpoint among aligned and non-aligned constituencies as long as they are equally competitive (Snyder 1989).

I analyse data of elections for legislative assemblies in India from May 2008 to March 2018 (elections from May 2008 are being conducted as per the latest delimitation of constituencies). Asher and Novosad (2017), using the same identification strategy for a previous decade, find more economic growth as indicated by higher satellite night-lights, employment, and stock prices in politically aligned constituencies in India.5 I use non-proprietary data available annually at the legislative constituency level for the last decade6.

I analyse the following variables: (a) long-term fixed investment goods such as new district headquarters, sub-district headquarters, and new schools and higher educational institutions managed by the state government; (b) various rural employment, rural housing, and road construction schemes that are implemented by the state government, and total receipts and expenditure of schools; (c) satellite data on night lights. I construct summary indices (O’Brien 1984) for variables in categories (a) and (b).

While the variables in category (a) are mostly provided by the state government, both the state government and the MLAs have a role in provision of variables in category (b) (Lokniti-CSDS (2014) survey also indicates that the electorate attributes the central government sponsored housing scheme and MNREGS partly to the local politicians). Satellite night lights data is a combined outcome of diﬀerent activities, both by public as well as private sector. According to Asher and Novosad (2017), the electorate attributes a part of such activities to the MLAs.

My estimates are not statistically significant for sub-indices and for most variables pertaining to Mahatma Gandhi National Rural Employment Guarantee Scheme (MNREGS), rural housing schemes, rural road construction scheme, and total receipts and expenditure to schools. Exceptions are the total utilisation of funds under central government sponsored housing schemes which I estimate to be 20.7% more in aligned constituencies, and estimates for the total expenditure and completed length of roads under rural road construction scheme which are positive and statistically significant for specifications that control for additional characteristics8. Hence, there is little evidence of aligned constituencies having less of any variable pertaining to receipts and implementation of diﬀerent government schemes.

My estimates for the change in log luminosity using satellite night lights data are positive (although not statistically significant) and not statistically distinguishable from the estimates for the period 1992-2008 reported in Asher and Novosad (2017). Also, during the earlier period of my analysis, Asher and Novosad (2017) find more mining permits being granted to aligned constituencies.

The above findings can be explained by a theory of substitution of various electoral strategies by the ruling party. Alternative mechanisms are unlikely to explain my results (Sarkar 2018).

Most available annual datasets on India are at the district level. Hence my analysis does not include many desirable variables including data on MLA-LAD (MLA Local area development) scheme (which an MLA can directly aﬀect).9 Availability of such data may allow me to better understand the mechanisms behind my results.

Joint as well as singular provisioning of various policies under multiple principal institutional arrangements is omnipresent. With availability of non-proprietary datasets across a variety of outcomes, a theory of substitution may be tested in diﬀerent contexts.

The author is grateful to his supervisors Abhijit Banerjee and Frank Schilbach for their invaluable guidance and support. He further acknowledges the excellent research assistance of Sandeep Kumar for web scraping, geocoding, and data preparation.