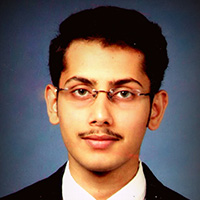 A Delhi court has awarded the death penalty to the convicts in the December 2012 gangrape incident. This article discusses the moral basis and dangers of relying on this form of punishment for deterring crime and providing justice. It proposes an approach that focuses on effective policing and law enforcement for crime prevention, together with measures of restitution for both the offender and the victim.

Laws do not make a better society; people do. So the direction a society takes depends crucially on its collective conscience, and how it chooses to express it. Lately India has witnessed a furor of sorts, earlier in eliciting support for awarding the death penalty to the four accused in the 16 December 20121 rape case, and more recently, for the perpetrators of the gruesome Kolkata rapes2. Much of this thinking (mostly well intentioned) is premised on the need to impose pain to both punish the offenders, and more specifically to deter potential offenders. The rationale for this is that the threat of the death penalty is the most effective way of influencing criminal behaviour.

Death penalty as a deterrent to crime

But there are a number of issues inherent in this argument. For one, it mistakenly assumes that human beings are always rational, and carefully weigh the consequences of their actions before committing a crime. Secondly, the most worrisome aspect of assured death sentences for cases of sexual exploitation or rape is that offenders would increasingly murder their victims to avoid depositions against them. But the main reason why banking on the supposed deterrence quality of the death penalty is plainly wishful thinking is the dynamics of the criminal justice system in India. Most crimes, including serious ones, do not result in an arrest let alone a conviction, and this substantially reduces the deterrent quality of any form of punishment, let alone the death penalty. Enhancing the severity of punishment will thus not have any impact when people in general do not believe in the certainty of punishment. Empirically, the recurring incidence of crimes against women (especially rapes) even after the heightened awareness post the December 16th incident is reflective of the ineffectiveness of the death penalty.

This has largely to do with the hypocrisy in the application of the law in India, where different standards are followed for different cases, communities and income brackets. People can routinely get away with crimes, even violent ones, because of their ability to leverage bureaucratic or political clout, or for being from a certain caste or religion. But before the buck is conveniently passed on to the bureaucratic or political class or anyone else for that matter, India, as a society, must take responsibility for the double standards inherent in its expressions of ’collective outrage’. The silence and shockingly, outrage against the victim in the aftermath of the Soonawala rape case3 is painfully indicative of the elite and hypocritical nature of not just our collective consciousness, but also the nature of its articulation.

Consider this: on average, over 1,000 cases of sexual exploitation of Dalit4 women are reported annually (it is well acknowledged that there is large scale under-reporting in such cases because of the fear of reprisals and ostracism; also, often the police simply refuse to lodge a complaint). Moreover, two in five (37%) married women have experienced some form of physical or sexual violence by their husbands. And yet there is little media coverage, let alone public outrage, against these. Why is it that we are so willing to accept transgressions from the due process of law? And why is it that we are so profoundly aggrieved only selectively?

The real question is that if the death penalty is not an effective deterrent, then how can a polity avoid such incidents? In general, trials driven by the media or the collective conscience tend to be deeply biased and premature, not to mention sensationalist. India needs to be suspicious of these simply because they are more about retribution rather than justice. The problem, and therefore the solution, is systemic, and these issues need to be carefully addressed.

There are two aspects to this issue. The first, namely the prevention of crime, can be best achieved through effective policing, through a police force sensitised to deal with rape cases and equally importantly, enhanced coverage of policing. Currently, on the basis of police per capita (measured as the number of police per 100,000 people), India is the second lowest with only 129 police per 100,000 people (faring only slightly better than Uganda). The world average is 350. Secondly, deterrence can only work if punishment is certain, which could work if the law is allowed to take its course without particularistic interventions, and if cases were fast-tracked. In 2008, India’s Judge-to-population ratio was the fourth lowest in the world, with only 14 judges per million people, and this dramatically reduces the speed with which cases are decided.

But remedying these can only somewhat prevent crimes from occurring. There is therefore an urgent need to re-conceptualise our understanding of crime, which we have so far seen as an individual act with individual responsibility. Such an understanding completely (and in some ways, deliberately) ignores the social dimensions of responsibility for crimes. It is easy to blame only an offender, and not take responsibility for the pervasive culture of silence that allows offenders to get away with committing a crime. It is just as easy to concentrate on establishing blame or guilt, or on merely investigating the veracity of the incident, rather than solving the problem (in this case, the incidence of sexual violence) or reformation. This myopic approach does not even consider the liabilities or obligations of the offender, and most certainly not on ensuring how such incidents do not recur.

A shift in perspective firstly will allow us to move from focusing on the past behaviour of an offender (which is nevertheless important) to focusing on the harmful consequences of the crime committed. In doing so, the offender’s accountability should not merely be defined as bearing punishment for what has been done. Instead, accountability should be defined as assuming responsibility and taking remedial action to repair the harm inflicted. Most importantly, it should also focus on the victim, and the family of the victim, both of whom are completely peripheral in the former approach. Restitution is thus a means of restoring both parties, and the goal should be of reconciliation.

But the real issue is that in demanding executions, we are not only outsourcing any responsibility for the community or the nation, but also depending Aztec5 like, upon human sacrifice to renew ourselves as a society. If we are to solve this issue comprehensively, we cannot remain conscientious bystanders and continue to absolve ourselves of any responsibility. If need be, the State can intervene positively to institutionalise this. The Good Samaritan law (in place in numerous European countries including France and Germany) is a legal principle that places a legal obligation on people to aid others in times of distress. In India, the Code of Criminal Procedure (Section 125, Chapter IX) legally mandates a person “having sufficient means” to maintain his wife, children and parents. Here is an example of the State legislating morality by creating a normative standard, something that it can just as easily mandate to ensure the protection of women.

In allowing ourselves to ignore our responsibilities, and by relying on punishing our own instead of reforming them, we allow our baser impulses to define us. In doing so, we unwittingly inflict irreparable damage to our collective soul. It is therefore of utmost importance that India needs to ask herself these questions, unwelcome and hard as they may be. These questions will crucially define her moral character, and help us choose our destiny as a people. Gandhi showed us that we have it within us to be a compassionate and responsible society rather than a vindictive one. It would do us well to remember that what is at stake here is the very soul of this nation.