Taking other religions seriously: A comparative survey of Hindus in India 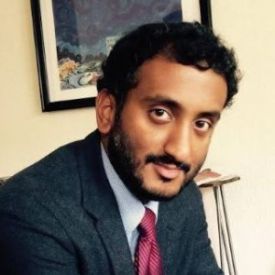 While the study of religion in political science has re-emerged as a growing field of inquiry in the past few decades, most research still focuses on Judaism, Christianity, and Islam. What religion is, how it is measured, and how it affects political behaviour has largely been conceptualised through the lens of these western faiths. This article examines Hinduism through surveys on Hindu religiosity in Bihar and finds large differences between how social scientists think of religion and how Hindus themselves conceptualise it.

While Max Weber is best known for The Protestant Ethic and the Spirit of Capitalism, it is less widely known that in 1916, he wrote an intriguing book called The Religion of India: The Sociology of Hinduism and Buddhism. In it, he tried to explain why India had not had its own industrial revolution. Weber essentially argued that those who followed Hinduism and Buddhism were too otherworldly and focused on the next life to have spurred the development of capitalism. He noted that: All Hindus accept two basic principles: the samsara belief in the transmigration of souls and the related karman doctrine of compensation. These alone are the truly 'dogmatic' doctrines of all Hinduism, and in their very interrelatedness they represent the unique Hindu theodicy of the existing social, that is to say caste system.

Weber, however, had never visited India, and his rather anemic view of the Hindu religion was based on the reading of classical Sanskrit texts that discussed and debated belief in the erudite concepts of karma and reincarnation. Several decades later, the anthropologist Edward B. Harper went to India to study village religious life. He noted (1959) a quite different story from Weber’s account: the “lower castes,” he pointed out, “frequently were completely unfamiliar with the term for, as well as the concept of, rebirth (punarjanma).”

This anecdote highlights two long-standing problems in the social-scientific study of non-western religious traditions. The first problem is taking western notions of what religion is and using them as the basis for measures of religiosity in very different cultures. Weber’s belief-centric view of Hinduism was based largely on his Christian understanding of what constituted religion. But as many scholars have noted, Hinduism is not credal, and Hindus can have a wide range of beliefs – including atheism – and still be considered pious. The second problem highlighted in this anecdote is studying non-western religions by focusing on scriptures. But there is no Bible or Koran in Hinduism, and the concepts that are often the focus of classical Sanskritic texts were, as Harper showed, completely unrelated to the Hinduism of the masses.

Religion as a driver of political behaviour

Over the past two decades, political science has once again found religion. After a long period of neglect, political scientists have begun to take religion seriously as a driver of political behaviour across a range of countries. This is a positive development. And yet, most research that connects religion and politics still makes many of the same mistakes that plagued Weber’s work from a century ago. The study of religion in political science is overwhelmingly focused on the ’Abrahamic religions’ of Judaism, Christianity, and Islam. What religion is and how it is measured has largely been conceptualised through the lens of these three great monotheisms. But how does religion influence politics in the understudied ‘Eastern’ traditions of Buddhism or Shinto or – with one billion followers worldwide – Hinduism?

In my ongoing research (Verghese 2018), based on nine months of fieldwork in Bihar and Kerala, I have tried to study Hinduism by eschewing a westernised approach to religion and instead privileging the views of Hindus themselves. I used a very simple methodological design. I started with closed-ended survey questions on the Hindu religion, taken from the World Values Survey (WVS) and National Election Study (NES). These questions – which focus on prayer, going to temple, fasting, and attending religious services – have been used by social scientists to measure Hindu religiosity. I then created a second version of the survey, except this time with open-ended responses. The first version of the survey, for example, asks: “Do you perform the following rituals?” with a list of common responses from the WVS and NES: puja, visiting temple, keeping fasts, etc. The second version, however, uses an open-ended question: “Which religious rituals do you perform?” I then randomly distributed both versions of the survey within and across two demographically similar villages in the north Indian state of Bihar, whose religious demography is similar to that of India as a whole.

A comparison of survey responses between the two samples shows a large difference between how social scientists think of religion and how Hindus themselves conceptualise it. For example, consider the question about Hindu rituals, with the responses I received displayed in Table 1 below. In a closed-ended sample, Hindus overwhelmingly stated that they performed puja, went to temple, and fasted. As I watched Hindus respond to the open-ended question, however, I noticed that most of them did not understand what the term “religious rituals” (dhaarmik rasmon) meant. And this is an academic problem, as there are at least 10 terms in Hindi that can be translated as “ritual”.

The point of this research is not to compile a list of differences between Hindu and non-Hindu traditions, or to exotify Hinduism, but rather to highlight what is missing in existing survey work: the range and diversity of what is considered religious in the Hindu tradition far outstrips what social scientists – especially those reared on Christian societies – are used to examining. To many Hindus, their religion has little to do with karma or reincarnation. Instead, as my research shows, it consists of theism, maintaining a relationship to their family and ancestors, obeying rules governing purity/pollution and auspiciousness/inauspiciousness, their cuisine, and their everyday attire, including wearing the tilak1, anklets, or putting coloured dye on their feet.

My research findings have important political implications. I contend that we do not yet have a convincing measure of Hindu religiosity, and without that, studying its effect on politics is a precarious task. To illustrate what I mean, consider the following. One common finding in political science is that voting for the Bharatiya Janata Party (BJP), the main Hindu party in India, is either not predicted by religiosity or only weakly predicted by it. But this argument assumes that going to temple and attending religious services are valid metrics of Hindu religiosity. My survey work, however, indicates that this is not what many Hindus think of as the constituent elements of their religion.

Taking religion seriously in political science means not overlooking influential traditions like Buddhism and Hinduism while simultaneously recognising that studying these religions will require a broader way of thinking about what religion is and how we should measure it. At the same time, this study should not be taken to mean that Hinduism is incomparable to the western religions, a perspective that led the Indian Supreme Court in 1966 to famously rule that since Hinduism did not seem to operate like western faiths, it should be considered “a way of life and nothing more.” But the Court’s logic does not prove that Hinduism is not a religion – only that it does not conform to western conceptions of religion that are taken to be normative. My opinion, in contrast, is that Hinduism is different but not dissimilar from the Abrahamic faiths. There are elements of Hinduism that are perfectly compatible with Judaism or Islam, but Hinduism also contains many aspects that are quite different. Recognising these similarities and differences is an important step for future research. That requires engaging with other cultures on their own terms, thinking through the translation of religious terms, and observing how religion operates in everyday life. Without doing these things, scholars run the risk of clinging to misconceived notions of what religion means, and, by extension, how it influences political behaviour.

I commend the work of the researcher into the field of religion. It might be instrumental in exploring newer areas into the lives of rural Hindu inhabitants. However, religion for me is inseparably intertwined with politics because both religious beliefs and politics induce us towards certain norms of conformity and tend to project a view of good life and contrarily an evil one. Thus, imbibing normative values onvariably constitute and considered the most important part of cultural and political socialisation and indoctrination. Only the extent or scale could be different depending upon the social setting like urban or rural communities where other factors like age, gender, occupation come together to shape who when and what\'s of such rituals are performed and celebrated. This is central to the processes of authority creation through religion, even when exterior marks like tilak, fasting are absent. Besides, religions of any sort are not be seen as isolated formations from each other. In modern times, religion is like demonstration and it has to be a popularising culture to reach out to people. Here in comes the space of mutual competition from which none is fully immune. In that sense, Hinduism, Islam are all competitive religions and aspire to be mass religion. Here again needless to say, the role of the state and politics become highly influential. So, exclusive focus on one religion per se could not unfold the holistic perspective. However, must I encourage Professor Verghese for his academic mission.

Religion and relief in Muzzafarnagar