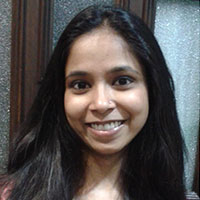 One of the main reasons why north-western India chokes on smog every November is the burning of residue from the rice crop by farmers. In this article, Somanathan and Gupta contend that public auctions to sell machines that weed out crop residue at a subsidised rate could help stop stubble burning. It will cost the agriculture ministry a fraction of its annual budget.

By now, everyone in north-western India (and northern Pakistan) knows that one of the main reasons they are choking on smog is the burning of residue from the rice crop by farmers. Some people have also heard of the Happy Seeder, a machine whose use can do away with the need to burn residue. It fits onto a tractor and is capable of planting wheat without getting jammed by residue leftover after the rice harvest. What people don’t know is that the cost of producing enough of the machines to eliminate burning entirely is very low.

Eight years ago, a survey conducted by one of us (Gupta) found that there were fewer than a hundred farmers using the Happy Seeder in Punjab. Now there are 3,000, showing that adoption has been proceeding rapidly. But there is still a long way to go. A policy brief by the National Academy of Agricultural Sciences estimates that 120,000 Happy Seeders would be needed to cover the entire area under the rice-wheat cropping system in India. There are presently about 15 manufacturers of the machine, and if they get enough orders they can bring the price down to Rs. 100,000 rather than the current sale price of about Rs. 130,000 per machine. Also needed is another machine – the Super SMS (straw management system) – that fits onto the combine harvesters for rice in order to spread residue evenly over the field, making the Happy Seeder more effective. These machines presently cost about Rs. 120,000 each and only half as many (60,000 machines) are needed since combine harvesters can cover a greater area. At a large scale, the production cost of each machine would be about Rs. 100,000 each, so this works out to a total cost of Rs. 18 billion for the purchase of enough machines to cover the required area throughout India.

The government can announce a procurement policy for the Super SMS attachments and Happy Seeders for the next year with a guarantee to procure 80% of the requirement with warranties and after-sales service to ensure quality. It can then auction the machines to farmers and hire-purchase operators who buy machines and rent their services to farmers. This would ensure the availability of enough machines giving farmers an alternative to residue-burning, next year. The policy of fines for residue-burning can then be strictly enforced without a political backlash. This needs to be combined with a public information campaign and an intensification of extension efforts. Together, these measures would ensure that there will not be a repeat of the problem next year, and in the years to come.

The difference between the purchase price and auction price of each machine will be the government subsidy. It is likely to amount to much less than the total cost of the machine if the government makes clear its intention to enforce the fines for burning, and provides enough publicity, because then there will be high demand for the machines. The government would thus need an outlay of only a few hundred crore for this programme, a tiny fraction of the agriculture ministry’s budget of Rs 40,000 crore. This would prevent a recurrence of the current disaster next year. In the long run, it is necessary to move away from the power and fertiliser subsidies and selective procurement of grain – these encourage a wasteful farming system.

There are other big contributors to air pollution: Once a pollution cloud forms, the air gets trapped near the ground because sunlight is blocked. The normal process of air getting warmed during the day, and rising up and carrying away pollutants with it, stops. In winter, the cold and dimming from the pollution cloud cause increased lighting and heating demand, generating more pollution from heating fires by the poor and coal burning in power plants. And there is the ever-present pollution from diesel trucks and cars. Dealing with these other sources is also important and solutions may not be as immediate.

As always, prevention is better than cure. Diesel combustion produces many-times-more-polluting fine particles than petrol. Currently, petrol costs about 20% more than diesel. All that is needed to prevent new diesel cars being produced is to lower the petrol tax and raise the diesel tax so that the price difference is reversed. The myth that diesel taxation falls more heavily on the poor has now been thoroughly debunked (for example, in the book ‘Fuel Taxes and the Poor’ edited by Thomas Sterner) – it is the rich and middle class who own vehicles, and it is they who buy most transported goods.

A new study from the University of Maryland shows that sulphur dioxide (SO2) pollution declined by 75% in China in the last decade while India’s SO2 pollution increased by 50%. SO2 gets converted in the atmosphere to sulphate particles that form smog. China implemented SO2 pollution controls on coal power plants. Meanwhile, in India, regulations to control SO2 were issued as late as December 2015, and recently the power ministry wrote to the environment ministry to delay enforcement in some cases to as late as 2022.

In many cases, there are lobbies that benefit from the status quo. Some auto companies opposed the advancement of Bharat VI standards to 2020 (previously 2024). As a result of the public outcry over air pollution last winter, the central government held firm on that issue. All governments respond to the demands made on them. Unless the public is vocal about demanding action on air pollution, progress will continue to be slow.

This article first appeared in The Indian Express: http://indianexpress.com/article/opinion/columns/the-simple-economics-of-clean-air-pollution-smog-4950117/lite/.