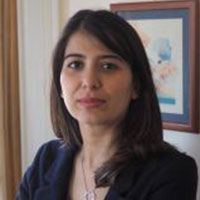 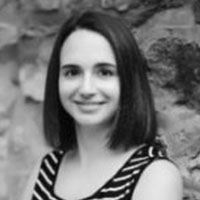 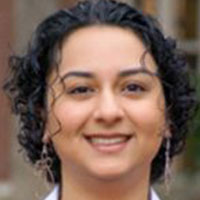 Universal access to clean water is far from a reality in many developing countries. This column examines a nationwide information campaign that attempted to minimise the use of arsenic-contaminated tubewells in Bangladesh. It finds that mothers in arsenic-contaminated areas are more likely to exclusively breastfeed their children, and breastfeed for longer after the campaign - likely out of concern for child well-being. It also finds that infant health improves.

The water quality concerns in Bangladesh are not unique: according to the World Health Organization (WHO), water and hygiene-related diseases account for more than 3.5 million deaths each year, almost entirely in developing countries (Prüss-Üstün et al. 2008). Millions of shallow tubewells were built in Bangladesh, starting in the 1970s, to combat the spread of water-borne diseases in surface water. In the 1990s, however, high levels of naturally-occurring arsenic were discovered in the water of many of these tubewells – about 35 million people were thought to be drinking contaminated water (British Geological Survey and Department of Public Health Engineering, 2011). In response, the government began testing wells, painting contaminated wells red, disseminating information about arsenic, and encouraging households to switch to clean wells. These efforts began in 1999; by 2004, 84% of households had heard of arsenic and the fraction of households drinking arsenic-contaminated water had fallen to 8% (Khurana and Sen 2008).

In India, access to clean water remains a major challenge – only two-thirds of Indians have access to clean drinking water – and, like Bangladesh, arsenic contamination in groundwater has interrupted efforts to decrease surface water intake. In addition to widespread risk of more traditional water-related diseases like diarrhoea, more than 10 million Indians are at risk of arsenic poisoning from their water source. Long-term exposure to arsenic is associated with many chronic health conditions including some potentially fatal cancers. Given the similar challenges facing India and Bangladesh, the success of the arsenic information campaign in Bangladesh has many applications to Indian water policy.

One way that mothers can protect young children from water that is contaminated, either with arsenic or diarrhoea-causing pathogens, is by breastfeeding. Breastfeeding protects children in two ways: by inactivating pathogens that cause diseases like diarrhoea, and by reducing the probability that a child consumes contaminated food or water. Breastfed children are also protected from arsenic consumption, even if their mothers are exposed to arsenic (Fängstrom et al. 2008). While switching to a clean water source would protect the entire household, breastfeeding may provide an easier or cheaper way for mothers to protect their youngest children.

To study the response of Bangladeshi mothers to the arsenic information campaign, we use variation over time in whether a child was born before or after the campaign, and geographic variation in arsenic contamination. Using a sample of children (a total of about 10,000) born each year from 1995 to 2007, we find that children born after the information campaign are breastfed longer and are more likely to be exclusively breastfed (not fed anything besides breast milk, even plain water) in arsenic-contaminated areas relative to other areas. Given that the two types of areas had very similar breastfeeding patterns before the campaign, these differences can be attributed to the campaign.

The effects we estimate are sizable: Compared to mothers living in areas with no exposure to arsenic, mothers in moderately contaminated areas increase the time they breastfeed children by an additional 0.6 months, and are more likely to exclusively breastfeed their children by an additional 2.8 percentage points. Fewer than 12% of the children in our sample are exclusively breastfed; thus, the impacts we estimate are substantial given the well-documented health benefits of breastfeeding and the protective nature of breastmilk in countries struggling with improving water quality. In addition, the increase in exclusive breastfeeding that we see is driven by children under 12 months of age.

We extend the analysis by using additional geographic variation in a household’s access to arsenic-safe wells. If a mother was able to provide clean water for her entire family by switching to an arsenic-safe well, she would have no need to change her breastfeeding patterns. Using variation in the average distance to a clean well, we show that the breastfeeding response discussed above was largely driven by women living far from a clean well. In other words, women who could easily provide clean water for their entire families did so, and those who could not, chose to breastfeed longer and protect at least their younger children. As expected, the information campaign was associated with a decrease in incidence of diarrhoea and mortality rates for children under 12 months of age. Although we cannot be certain why women are choosing to breastfeed more, it is likely an attempt to protect their children from arsenic and water-borne pathogen exposure.

Our results complement ethnographic research conducted by Farhana Sultana (2009) and are consistent with the separate-spheres model of intra-household decision-making (Lundberg et al. 1993). Sultana’s work describes a household structure in which women are responsible for day-to-day water collection and men are responsible for providing a tubewell with arsenic-safe water. In addition, men typically determine where a woman will collect water from if the family well is contaminated. Well-sharing requires navigating social hierarchies and power relations and disrupting social norms that frown upon women travelling into public spaces. Facing these constraints, it seems likely that a mother would take advantage of any way to either reduce the number of trips to a clean well or to avoid arsenic-contaminated water through other means. Both of these incentives would encourage additional breastfeeding of young children.

We test this explanation by looking at differential breastfeeding and water-sourcing responses of women with particular characteristics. We find that women who participate in social clubs (and thus have stronger social networks outside of the home) are more likely to be using an arsenic-free source than other women – possibly because they are more comfortable navigating social hierarchies in order to access arsenic-free water. Similarly, more educated mothers are more likely to be using clean water sources, possibly due to differential family structures and greater decision-making authority within the household. More educated mothers also breastfeed longer, perhaps due to the salience of concerns about water quality. Finally, we find that women who self-report that they are more involved in household decisions are more likely to breastfeed longer in response to the campaign – supporting the premise that women have control over some decisions, such as breastfeeding.

These additional results cannot prove definitively that intra-household bargaining plays a role in explaining the behaviour change we document in Bangladesh, but they are suggestive. Similar power structures persist in many areas of India, where women have historically been prevented from participating in water committees (Seebens 2010); therefore attempts to provide arsenic-free water in India must take into account the differing roles of men and women in providing water and consider the evidence from Bangladesh.

Replicating the success of the arsenic information campaign

The arsenic information campaign in Bangladesh was remarkably successful in both increasing knowledge about arsenic and eliciting health behaviour change, including sparking a (unexpected) breastfeeding response (Madajewicz et al. 2007). It is not clear why this water-safety campaign was so successful, when previous campaigns have had much smaller impacts on health behaviour. We consider three characteristics of the campaign that may have helped make it more effective: First, this health campaign provided comprehensive information on arsenic contamination as well as evidence that a well’s water was contaminated, and identified multiple mitigation methods with varying costs and time frames for implementation. Second, the campaign provided visual and constant reminders of arsenic contamination by painting wells that had been tested (red for contaminated, green for clean). Finally, arsenic testing and information dissemination was done in public. Drinking from a red tubewell could have developed its own stigma.

Despite substantial research studying the efficient and effective provision of clean water, most practical applications are less successful than policymakers intend. Given that India faces many of the same water-quality concerns as Bangladesh, key lessons from Bangladesh’s large-scale arsenic information campaign can benefit the next stage of India’s water policy.