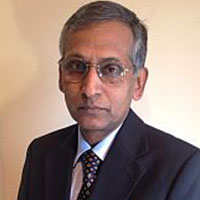 Contract workers constituted about one-fourth of all workers in formal manufacturing in India in 2008. This column analyses the extent to which trade liberalisation and lack of labour reforms explain the increasing use of contract workers. It finds that in the presence of labour rigidities, increasing import penetration contributes to the ‘flexibilisation’ of the workforce.

Employment of contract workers in India is regulated by the Contract Labour (Regulation and Abolition) Act, 1970 that ensures minimum wage, health and safety, and some insurance provision for them. However, contract workers are not granted the same job protection, compensation and union representation that permanent workers are granted through the Industrial Disputes Act (IDA), 1947. One distinctive provision of the IDA is that no permanent worker can be fired without the permission of the relevant state government; this is widely regarded as very restrictive. However, this and other restrictive provisions of IDA have remained unchanged, despite India’s sweeping reform of trade and industrial polices since 1991. By resorting to contract employment, an employer can bypass restrictive labour regulations and improve efficiency. But it is also possible that contract hiring is largely strategic to force a wage cut on permanent workers or even induce them to leave. Not surprisingly, concern has been raised from various quarters over the implications of contract labour (National Commission for Enterprises in the Unorganised Sector (NCEUS) 2007).

Notwithstanding the controversy, the increasing trend of contract hiring by Indian firms is in line with the global trend of seeking employment flexibility. Over the last two and half decades, unionisation has fallen across the world. Job outsourcing and dispersing of the workforce across multiple countries have become commonplace even for medium-sized firms in developed countries; the zero-hour contract1 is the latest example of flexible hiring in Britain. Developing countries such as China, Bangladesh, Egypt, Brazil and Colombia are also changing their labour laws to permit flexible hiring (Djankov and Ramalho 2009).

A number of studies have tried to explain the ‘flexibilisation’ of labour markets by the forces of globalisation (such as trade) and labour reform (see, for instance, Currie and Harrison 1997 for Morocco and Goldberg and Pavcnik 2003 for Brazil and Colombia).

In the Indian context, to what extent do trade liberalisation since 1991 and the lack of labour reform explain the increasing use of contract workers? Intuitively, it is not clear that trade liberalisation necessarily leads to greater use of contract workers by formal-sector firms in India. Import competition may force firms to seek short-run efficiency and flexibility in labour use by hiring workers on fixed-term contracts. On the other hand, firms mindful of long-run efficiency and/ or concerns of quality improvement (a key issue for exporting firms) may invest in improving productivity of permanent workers. So the effect of trade liberalisation can go either way.

Up till 1991, large and strong trade unions resisted job cuts, job outsourcing or any other measures that they saw as detrimental to the interests of permanent workers. Yet firms found ways to bring in contract workers; and after 1991 the practice became open and blatant. This is possibly for two reasons: (i) industrial deregulation immediately led to an increase in labour demand, and (ii) the operational procedures of contract hiring, such as registration of employers and licensing labour contractors by state governments, were substantially eased up. The process gathered further momentum by several state-level amendments of the key features of the legislation on contract labour2.

To understand the role of trade liberalisation and labour laws in the use of contract labour, we, along with our co-author Dibyendu Maiti, examine the determinants of contract labour usage using data3 for 58 industries in the formal manufacturing sector from 15 largest Indian states over the period 1998-2004 (Maiti, Saha and Sen 2013).

To steer our data analysis in a clear direction we first develop a theoretical model, with two types of labour (skilled and unskilled), two modes of hiring (permanent and contract) and two types of firms (technologically modern and backward). Skilled labour is essential for modern firms, as it enhances the marginal productivity of capital, while unskilled labour reduces the marginal productivity of capital. In addition, there are likely to be some contracting costs when terms of employment are set on a worker-by-worker basis, as opposed to collectively contracting with a union. Modern firms will be keen to hire skilled labour on a permanent basis for lower cost of contracting, but the permanent workers then form unions and demand a higher wage. Alternatively, they can be hired contractually at a much lower wage, albeit at a higher cost of contracting. Backward firms will not be interested in skilled workers, because they will not make any additional contribution to output, relative to the unskilled workers.

We show that, in a backward firm, only unskilled workers are employed and they are hired as permanent workers because there is not much rent to be conceded to the union (these firms are less productive and hence, produce very little surplus). But one benefit of having the union is that individual contracting costs are avoided. So on balance, these firms may end up having only permanent workers. In the case of modern firms, the story is a little complex. In general, they will hire a mix of skilled and unskilled labour. All unskilled labour will be hired only through the contract mode. But whether all the skilled labour will be hired as permanent, or on contract, or in combination of the two, depends on what the firm can do in an industrial dispute scenario.

Suppose, the firm can keep running with the help of contract labour, if the permanent workers go on strike. Then having some skilled workers among the pool of the contract workers ensures a minimum profitability, because of their superior productivity. This also confers some strategic advantage to keep the union’s wage demand in check. Therefore, the modern firm will then hire some skilled labour on contract and some as permanent. Hiring them all as contract workers is costly from contracting point of view and hiring them all as permanent involves a significant opportunity cost during a potential industrial dispute.

However, if the scenario is such that the service of contract labour cannot be utilised at the time of industrial disputes, and they are used along with permanent workers in periods of no industrial disputes, the strategic advantage of holding skilled workers in the contract category disappears4. In that case, the most profitable utilisation of skilled labour dictates that they all be hired on the same terms and utilised together so that their marginal productivities are equalised. Then whether they will all be hired as permanent or all as contract depends on the relative contracting costs of the two modes of hiring plus the potential cost of unionisation. We show that it will be optimal to hire them all as permanent. Thus, in the second scenario, we see a dichotomous choice of hiring skilled and unskilled workers on two distinctly different terms of employment within a modern firm; all skilled workers will be permanent and all unskilled workers will be on contract.

We then take our theoretical model to the data. We find that import penetration does increase the share of contract workers in formal firms, and so does the union’s bargaining power, as predicted by the theoretical model. The positive effect of import penetration is stronger in states that have pro-worker labour laws. However, export orientation (increase in the export-to-output ratio) does not affect contract labour usage to the same degree. Our findings show that in the presence of labour rigidities, increasing trade exposure, particularly import penetration5, contributes to the ‘flexibilisation’ of the formal workforce in India. Our estimates indicate that approximately three-tenths of the increase in contract workers in total organised manufacturing can be attributed to increasing import penetration during the period 1998-2004.

Welfare implications of trade liberalisation in the presence of labour rigidities

What does our analysis suggest about the welfare implications of trade liberalisation in India, in a situation where firms use contract workers to get around onerous labour laws? As we know from economic theory, trade liberalisation tends to reallocate resources efficiently across various sectors. However, given labour-market rigidities in India, the main route of reallocation of labour is the contract route. Our analysis shows that firms are clearly better off by hiring contract labour, when import penetration in particular increases.

Are the workers also better off? From the point of view of unskilled workers, those who are hired as contract workers in the formal sector may experience a wage gain vis-à-vis working in the informal sector, or at least will be guaranteed the minimum wage, in addition to working in a better environment. So these workers are most likely to be better off. Permanent workers, who now experience a wage reduction due to strategic hiring of contract workers, will probably be worse off. So the overall welfare effect for the whole economy is somewhat ambiguous.

However, if one factors in dynamic employment effects due to greater flexibility in labour usage, there may be secondary and tertiary welfare generated elsewhere in the economy through job creation in future and through the entry of new firms. When trade unions have less bargaining power, wages are lower and in the long run this generates more opportunities for profitable investment and hence, more employment would follow. New firms will enter the industry seeing flexibility in hiring. A bigger question is whether export opportunities will provide a boost to employment across all industries, and the answer partly depends on the extent to which the contract route becomes more accessible and unions become more compromising, so that the relative cost difference between the two modes of hiring diminishes6. In the long run then, the firms will focus much more on the workers’ skill and productivity rather than modes of hiring. Given the current trend, it may not be unrealistic to expect that with increasing use of contract workers in the formal Indian manufacturing sector, there will be a welfare improvement for the whole economy in the long run.