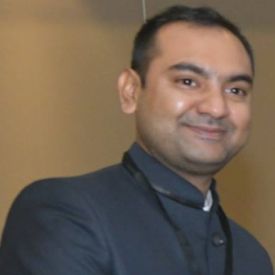 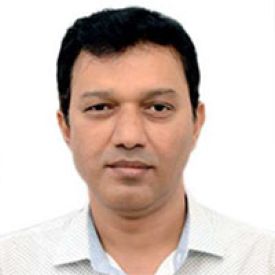 The latest jobs data released by the government showed a record high unemployment rate of 6.1% in 2017-18, but a rise in the share of workers with a regular job in urban areas. In this post, Mehta and Kumar argue that government’s recent initiatives like the goods and services tax and social security schemes for workers have improved employment quality in urban areas with a rise in formal employment.

The much-awaited Annual Report of the Periodic Labour Force Survey (PLFS) for July 2017 to June 2018 was finally released by the government on 31 May 2019. Under the aegis of newly created body National Statistical Office, under the Ministry of Statistics and Programme Implementation, PLFS aims to measure employment and unemployment, and serve two major objectives. First, is to measure the dynamics in labour force participation and employment status in urban areas in a short time interval of three months (quarterly) in the Current Weekly Status1 (CWS), and; second, to measure the labour force estimates on key parameters in both Usual Status2 and CWS in both rural and urban areas.

Certain changes have been introduced in the sampling design and structure of the schedule of inquiry, to achieve the above objectives and also to provide estimates on additional aspects of data (such as hours worked), which were not available from the quinquennial rounds of the National Sample Survey (NSS).

Most of the results from the Survey report were leaked and already discussed in various fora like newspapers, TV debates, and other online platforms. The most heated issue was unemployment, which was 6.1% (usual status) and 8.9% as per CWS for all India – highest in the last 45 years. The unemployment rates were higher especially in urban sector for youth, educated, and females. These estimates were also found to be similar to the Centre for Monitoring Indian Economy (CMIE) database. However, the comparability of the PLFS data with that of earlier NSS quinquennial rounds on employment and unemployment has been contested due to changes in the sampling methodology. The PLFS report suggests that the figures are to be read along with the explanatory note for comparability. Nevertheless, several important issues of employment in the Indian economy took a backseat and were not discussed due to the absence of full report.

An important issue is the condition of employment as evident from the monthly payroll data, released by the Employees’ Provident Fund Organisation (EPFO), Employees’ State Insurance Corporation (ESIC), and the Pension Fund Regulatory and Development Authority (PFRDA). The data shows that formal workers have increased after the implementation of the Goods and Services Tax (GST).

Similar findings have been observed from the PLFS, 2017-18, which was conducted after the implementation of GST in July 2017. The report highlights a positive picture in terms of quality/type of employment in urban areas with improvement in the share of regular employment, and the share of formal workers in non-farm sector in urban areas. The share of regular workers in urban areas has gone up from 35.6% in 2004-05 to 47.0% in 2017-18 (as per usual status); for males, up from 40.6% to 45.7%; and for females, from 35.6% to 52.1% during the same period. Share of workers in formal, non-agriculture sector (that is, government organisations, public sector enterprises, and public/private limited companies, trust/non-profit institutions, and autonomous bodies) has also increased from 27.8% to 35.8% in urban areas during the same period. However, these are the broad aspects of employment conditions, which need a detailed investigation (with some limitation of comparability between PLFS, 2017-18 and previous NSS surveys). Nevertheless, this is an important issue especially in the non-farm sector in urban areas, because decent employment condition is the key goal for the Government of India, in line with the Sustainable Development Goals (SDGs) of the United Nations (Goal 8: “Promote sustained, inclusive and sustainable economic growth, full and productive employment and decent work for all”).

The implementation of GST and introduction of social security schemes for workers has improved the quality of employment in urban areas with a rise in formal employment. More regular workers are eligible for the social security benefit in non-farm sector in urban areas. This indicates that recent initiatives of the government such as the GST, pension, insurance, and others have played an important role and a large number of informal workers have shifted to the purview of formal employment in regular wage category. However, other employment condition indicators such as written job contract and paid leaves reveal a different story of decent employment in the country.

It is quite rightly said that sustainable growth path is possible when quality of jobs is not overlooked in the quest for quantity. Thus, an optimism can be found in the government’s steps. However, further initiatives are needed to create more decent jobs with better working conditions, which will help in achieving the goals of sustainable development, with decent employment as envisaged in SDG 2030, and the government vision of a 'New India’.

I4I Event: What is the way forward for the Indian economy?