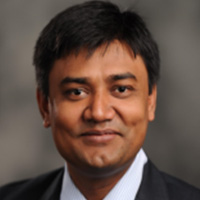 In August 2010, a non-profit organisation called Janaagraha launched a website www.ipaidabribe.com where people are encouraged to share their encounters with corrupt officials (and honest officials) anonymously. Hence, the website provides a snapshot of bribe occurrences in a city. It promises to "use them to argue for improving governance systems and procedures, tightening law enforcement and regulation and thereby reduce the scope for corruption in obtaining services from the government."

According to the website statistics (as of September 2014 - little over four years since the website was founded), there were 28,454 reports of bribery from 725 cities across the country amounting to Rs. 226.24 crores (US$ 37.7 million approx.), which shows the width and depth of petty corruption in India. The website also boasts of more than 4.5 million visitors, underscoring the interest of the Indian public in matters regarding corruption.

Another noteworthy instance that demonstrated the frustration of Indian citizens with the widespread corruption was the anti-corruption movement led by activist Anna Hazare in April 2011. A hunger strike by Anna Hazare in New Delhi was followed by large-scale protests across the country against corruption. The movement was so strong and widespread that it secured a spot in Time magazine’s top 10 world-news stories in 2011.

Even though corruption became an issue of public debate and protests only recently, India has been mired in corruption for decades. The two most used corruption perception indices – the Control of Corruption Index (CCI) published by the World Bank and Corruption Perception Index (CPI) published by Transparency International - indicate that India performs very poorly. The CCI ranked India 137th out of 210 countries in 2012 and CPI ranked India 94th out of 177 countries in 2013.

The extensive use of social media was arguably the single biggest factor in the success of the anti-corruption movement led by Anna Hazare. Though a relatively small proportion of Indian youth, especially in rural India, have personal computers with internet, almost all of them own cell phones.1 A significant proportion of these cell phones are equipped with internet and social media applications2, which made it easier for the organisers of the movement to mobilise youth that were frustrated with reading stories of corruption on a daily basis.

The organisers and supporters of the movement took advantage of the wide outreach of social media and used it extensively in organising protests. Facebook and Twitter were used to disseminate information regarding the venue and time of protests. The Facebook page, ‘India Against Corruption’ provided a platform for all those who wanted to contribute to the fight against corruption. The page has attracted close to 1.5 million likes within four years of its inception.3

Do social media and internet have the potential to reduce corruption?

In a recent paper, I along with Sudipta Sarangi, use corruption indices data from the World Bank for over 150 countries from the year 2011 to explore the role of social media in reducing corruption (Jha and Sarangi 2014). We use the proportion of population that uses Facebook as a proxy for social media usage.4 We find that higher usage of social media in a country is indeed associated with lower levels of corruption.

Using internet penetration data from the World Bank, we also show that a higher internet penetration (percentage of population with access to worldwide network) has a robust and significant negative impact on corruption. This is consistent with the findings of previous studies such as Andersen et al. (2011).

These relationships hold even after accounting for differences across countries in terms of Gross Domestic Product (GDP) per capita, political rights, press freedom and culture.5

How social media and internet can affect corruption

Apart from the organisation of protests, there may be several other ways in which social media and internet affect corruption. For instance, internet and social media provide a quick yet cheap means of communication. Almost all of us Indians have been subject to paying bribe to government officials at some point or the other, for example, for a driver’s license, passport clearance or to the traffic police. However, not all such stories can be in the newspapers. Facebook and Twitter allow us to reach a large audience; even those who we do not know personally may empathise with us.

Internet can also be used to increase transparency. For example, the government can publicly provide information on budget allocations and other relevant details about public projects on the respective websites. It may also allow anonymous reporting by beneficiaries on satisfactory meeting of standards and/ or irregularities. Such an initiative will increase public scrutiny and reduce the scope of discretion and misappropriation of public funds.

A very powerful mechanism through which internet has been found to reduce corruption is the electronic-governance initiative (popularly known as e-governance) (Andersen 2000, Bhatnagar 2003). The use of e-governance eliminates the need for direct interaction between the corrupt official and the citizen by providing online services and thus, reducing the scope of a bribe demand and administrative corruption. For instance, under the Bhoomi (land) project – an e-governance initiative of the state government of Karnataka – farmers are able to obtain a printed copy of their land records online for a nominal fee of Rs. 15. This eliminates the need of going to the village accountant, who often demanded bribes ranging from Rs. 100 to Rs. 2000, for land records (Bhatnagar 2003). Also, since requests are dealt with on a first-come-first-served basis, there is no scope for preferential treatment or discretion by public officers.

Finally, perhaps the most important contribution of social media is that it has challenged the monopoly of the government over the distribution of information. In several countries, authoritarian governments often conceal information regarding corruption in public projects, human rights violations, and other such news from the public by controlling the print and broadcast media (Freedom House 2009). However, controlling such information has become very difficult for governments in the age of social media and internet. While the governments in such countries do try to control content on the internet by blocking certain websites, human rights and free speech activists often find ways to share prohibited content. In several of these instances, by the time information is censored by the authorities, it is already accessed by a large fraction of the target audience through social media platforms. Moreover, while some countries openly censor information, others do not want to be seen as curtailing the access to information and freedom of speech domestically as well as internationally.

According to International Telecommunication Union statistics, less than 13% of individuals in India were using internet in 2012. Needless to say, the impact of e-governance in providing transparency is greatly undermined if people do not have access to internet facilities or are unable to use them. Moreover the actual statistics on bribe occurrences may, therefore, be several times larger than what are reported on www.ipaidbribe.com, considering 87% of the population do not use internet.

In the same year less than 4% of the Indian population was on Facebook. While it certainly is an individual choice whether or not to be a member of social media websites and use internet services, it is the responsibility of the government to provide internet facilities. Most people do not use internet services because they cannot afford them or because they are not available in the area they reside in (excluding cell phone internet).

The Affordability Report (2013) ranks India 29 out of 46 developing and emerging countries in terms of internet affordability. Their index consists of two sub-indices – communications infrastructure, and access and affordability. India scores merely 27.3 in the former and 45.6 in the latter (the index takes a value between 0 and 100, with a higher value indicating better affordability).

An intensive adoption of e-governance by Indian states will also be a step in the right direction. Given that the United Nations (UN) e-Government Survey 2014 ranks India 118 out of 193 member countries in terms of e-government development, there is a need to increase awareness regarding such initiatives and to encourage people to participate. The provision of internet services should be among the major priorities of the government’s infrastructure provision programme, and computer education should be a part of the curriculum in all schools.