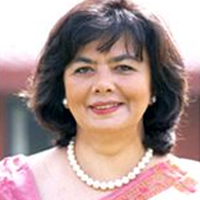 The Indian government is working on drafting a new national health policy and designing a health assurance mission, in parallel with developing its national health accounts. In this article, Nata Menabde and Chandrakant Lahariya – public health policy experts at the World Health Organization - contend that this opportunity has the potential to transform the health status of millions of Indians and achieve universal health coverage.

The health situation in India has improved significantly in the last few decades. Policy and programmatic interventions have succeeded in reducing the burden of communicable diseases, including the major accomplishment of eliminating polio from the country. However, there are many persisting challenges - health services are quantitatively inadequate and quality is often questionable; public expenditure on health is low at 1.2% of Gross Domestic Product (GDP) and people often have to pay out of their pockets to avail health services at the risk of falling into poverty (nearly 60% of the total health expenditure in India is out-of-pocket); and there is an emerging burden of noncommunicable diseases (NCDs), etc. Fortunately, these challenges are being recognised and there are clearly-articulated intentions and incremental steps to improve access to quality health services at affordable costs, as a part of ongoing discourses on universal health coverage (UHC) in India.

On the policy level, the National Democratic Alliance (NDA) government at the centre has prepared a draft of the next National Health Policy (NHP) for India. The draft policy has a number of necessary ingredients, specifically focusing on tackling the known health challenges in the country. The process of drafting of the new health policy has the advantage of the wisdom of hindsight and the opportunity to learn from the implementation (what did and did not work and why?) of the previous two health policies of the country (released in 1983 and 2002 respectively).

On financing and expenditure in health sector, work is in progress to develop new ‘National Health Accounts’ (NHA) for India. The most recent NHA provides information for the year 2004-05.

On operationalisation and implementation, at the union level, there are ongoing activities and discussions to design a ‘health assurance mission’1 for the country. In parallel, a number of states are taking initiatives such as expanding health assurance/ insurance coverage to a larger proportion of the population, making provision for free medicines and diagnostics through public health facilities, reorganising service delivery for emerging challenges of NCDs, strengthening primary healthcare and referral (to secondary and tertiary healthcare levels) linkage, and so on.

Hence, key policy strategies and operational plans – NHP and the new health assurance mission – are being prepared in parallel with efforts to develop better understanding of health financing and spending through NHA. This is a unique historical opportunity to harmonise policy intentions with programmatic interventions. We make the following recommendations to strengthen the process.

First, the opportunity should be utilised to harmonise multiple health initiatives and programmes being run by different departments of the Ministry of Health and Family Welfare (MoHFW) as well as by other ministries (Ministry of Women and Child Development, Ministry of Labour and Employment, Ministry of Drinking Water and Sanitation etc.), often with overlapping objectives and limited interactions with one another. The opportunity could also be used for connecting the Initiatives and proposals contained in different policies such as the national nutrition policy (1993) and national population policy (2000) can also be integrated.

Second, an institutional mechanism such as ‘Health policy and implementation unit’ should be established under MoHFW, both at the centre and state levels. This unit can work to coordinate with various departments and programme units within MoHFW and across other ministries to track and monitor the implementation of policy proposals. It can also have a sustained engagement with academia and other stakeholders for the generation and collation of evidence to inform policy decisions.

Third, there is a need to move from a largely inputs-based approach (adding more human resources, equipment and infrastructure to the health system) to focusing on outputs (example, number of health services delivered) and outcomes (morbidity and mortality reduction). Policy prescriptions have to be clearly articulated to the states to ensure effective implementation.

Fourth, mechanisms should be expanded to ensure that people have cashless (at delivery point) access to quality health services. Making health services affordable to the people is one of the key expectations from health systems. Initiatives such as Rashtriya Swasthya Bima Yojana (RSBY)2 other state-specific health insurance/ assurance programmes need to be optimally harmonised and expanded to cover additional populations.

Fifth, while NHP should be supplemented by a national-level implementation plan, states should also be encouraged to develop mid-term (5-10 years) health sector operational plans. The state plans would be essential to address the wide inter- and intra-state variations in the availability of health services and health status of populations. The state operational plan should capture both national-level initiatives and state-specific activities in health sector.

Sixth, state-level innovations should be encouraged especially in areas such as engagement with private sector in service delivery, reaching the unreached or inaccessible populations, regulation of all healthcare providers, use of information and communications technology (ICT) for healthcare, increasing allocation to primary healthcare by state governments etc.

Finally, global experiences (example, Thailand and Mexico) indicate that reasonable progress towards UHC is possible over a period of approximately 10-15 years. Health policies and plans should be sufficiently detailed and futuristic to fulfill emerging needs, rather than serving as limiting factors. These have to be considered as live documents with the possibility and mechanisms for mid-course modifications. This would require independent and accountable institutions to track and accelerate the progress, and provide strong stewardship at both the centre and state levels.

A study on making healthcare available and affordable at low cost, conducted in four low- and middle-income countries (Bangladesh, Ethiopia, Kyrgyzstan and Thailand), and in the Indian state of Tamil Nadu, hypothesised that one of the commonalities in these settings was the ability to make use of ‘windows of opportunity’ for improved health status of the populations. India has seen many incremental changes in its health sector over the last few decades. It is worth observing whether the historical ‘window of opportunity’ presented now in the country is used for bringing transformational changes in the health sector to progress towards UHC. If it does - and it should - healthcare in India is likely to change forever, for the better.

Both Authors are staff members of the WHO. The authors are responsible for the views expressed in this commentary, which do not necessarily represent the decisions, policy, or views of WHO.