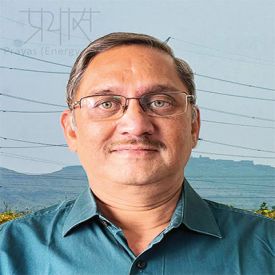 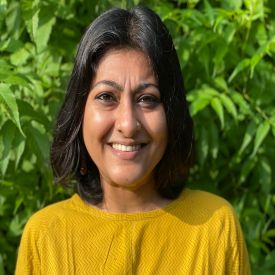 The recently proposed amendment to the Electricity Act, 2003 comes after nearly two decades with few legislative changes. In this post, Dixit and Josey review electricity sector developments, especially technology driven changes during that time, and discuss the positive effects that some of the proposed amendments would have on the sector's functioning. At the same time, they highlight aspects of the amendments that pose further questions and should be approached with caution.

The Electricity Act, 2003, which provides the legislative framework for electricity sector development in India is again proposed to be amended. Earlier attempts to amend the Act, since 2014, did not move forward due to many reasons. Although incremental amendments were carried out in 2007, it has been nearly two decades since major legislative changes were undertaken in the electricity sector. Since then, the sector has undergone many significant changes. For example, solar photovoltaic (PV) generation, which was practically absent in 2003, now occupies the centre stage of new capacity addition due to rapid cost reduction, its modular nature, and substantially smaller social and environmental impacts. Newer technologies such as grid-scale energy storage systems, which are critical for managing the increasing share of renewables, are on the verge of similar commercialisation and cost reduction. Metering and billing technologies have also evolved significantly in the last two decades.

Progress over the last two decades

India has firmly moved away from persistent, large-scale electricity shortages and has attained near universal electrification. Over the past two decades, wholesale electricity markets have also grown significantly due to increased policy push and the availability of competitive renewable energy options. Consumers can use open access and captive1 options to procure power, and can use diverse market contracts to procure power a day ahead (or even up to three months ahead) on power exchanges. India is also one of the only countries that has specific market contracts dedicated to the procurement of green power. Regulatory commissions at the centre and state-level have put in place a number of regulations such as forecasting, scheduling, and deviation settlement regulations2 to better manage the grid. On the other hand, we still need to go a long way in improving the quality of supply and service, especially for semi-urban and rural consumers. We need concerted efforts towards enabling increased consumption by poorer households and small enterprises to address the challenge of poverty and to improve quality of life. Problems of financial stability of the sector, especially the distribution sector, which still necessitate periodic rescue packages needs to be addressed.

Alongside the proposed Act amendments, the central government has also issued a number of rules in the recent past: Late Payment Surcharge and Related Matters Rules towards better payment discipline; and Green Open Access Rules to increase avenues for competitive procurement of clean power for a larger number of consumers have been notified. Draft of Electricity Amendment Rules regarding the procurement of renewables and timely recovery of revenue for utilities have also been circulated for public comments. On 8 September 2022, the Ministry of Power also notified the Distribution of Electricity Licence (Additional Requirements of Capital Adequacy, Creditworthiness and Code of Conduct) (Amendment) Rules, 2022, which clarify the minimum area of supply for the operation of multiple distribution licensees in the same area. This enables the introduction of multiple distribution licensees even without significant amendments to the prevailing legislation. Proposed amendments to the Electricity Act need to be seen in this larger context.

Necessary changes for the road ahead

A number of amendments to the Act are proposed to address certain gaps in the existing legislation, as well as to give effect to judicial directions and shortcomings observed in the last two decades. The Electricity Act, 2003 created an Appellate Tribunal (APTEL) to hear appeals against orders of the regulatory commissions. In the last few years, a large number of cases have been filed before the APTEL, and have been pending for several years. Delays in APTEL judgments on crucial matters involving tariff orders, disputes regarding power purchase agreements (PPAs), and interpretation of various rules and regulations lead to muddled regulatory decision-making. It also creates regulatory uncertainty and huge carrying costs burden3, further exacerbating the financial woes of the distribution companies. In this context, the proposal to increase the number of APTEL members to a minimum of seven is welcome. This also needs to be supported with timely filling up of all vacancies, effective functioning of APTEL benches at multiple locations in the country, and affordable legal fees for consumers (Vaishnava et al. 2018).

Long delays in filling up vacancies on commissions have been another persistent problem affecting regulatory governance. The provision to enable the central government to entrust the functioning of the state commission, in consultation with the state government, to another state commission may nudge states to undertake timely appointments. But provisions such as restricting the choice for commission Chairpersons only to heads of power sector organisations and government Secretaries, or the provision to mandatorily require certain adjudicatory functions to be performed only by a Bench of the commission and not the full commission will dilute regulatory effectiveness. Few other proposals for strengthening regulatory effectiveness could have been considered in the proposed amendment. These include making the appointment of consumer representatives mandatory, and strengthening regulatory commissions’ mandate to increase attention to the quality of supply, service, and safety aspects.

Another necessary proposed amendment is to clarify that energy storage systems form a part of the power system. This will pave the way for appropriate policy and regulatory measures to optimise the deployment of storage systems to benefit overall grid stability and reliability in the era of large-scale renewable energy in the grid. The proposed amendment mandating renewable energy purchase obligations, brings consistency in renewable purchase obligations across states and the proposal to sharply increase the penalty for non-compliance with renewable purchase obligations is also required to accelerate deployment of renewables. The provision to require publication of compliance with corporate governance guidelines issued by the Central government by all licensees is another welcome provision, which can nudge licensees to adopt better corporate governance measures.

Some risky proposals and unanswered questions

One of the fundamental restructuring proposals is to provide a choice of suppliers to consumers by allowing multiple distribution licensees. As per the proposal, any licensee is allowed to use the wires network of other licensees to supply to any consumer in the licensee’s area of supply. To enable this, there are a number of related provisions, such as a provision to fix minimum and ceiling tariffs, creation of a cross-subsidy balancing fund, sharing of existing power purchase and associated costs amongst all the distribution licensees in an area of supply etc. However, these pose several questions and issues which will need to be addressed.

For example, how does one provide a cost-reflective tariff to ensure the financial viability of the distribution licensees operating in the same area, but with a very different consumer base and electricity demand? The proposed amendment mandates that all distribution licensees are to ensure resource adequacy. However, how is resource adequacy ensured for such multiple licensees with changing demand? How will the minimum and maximum tariff be determined in a scenario of different licensees with different cost structures, all operating under a cost-plus scenario? Will such minimum and maximum tariffs be different for different consumer categories?

As these will be ‘distribution’ licensees, all licensees will be entitled to invest in the distribution network. Under this scenario how will duplication of investment in wires or under-investment in the network be avoided? What, and how effective will the measures to prevent cherry-picking be? Poor metering and energy accounting have been a long-standing problem for the distribution sector. How will multiple distribution licensees address this issue? Or will this proposal further aggravate the challenge?

Some of these questions may be attempted to be addressed or clarified through rules and regulations, or policies. But the last two decades of litigation in the sector, the experience of weak regulatory enforcement, and the inherently complex and dynamic nature of this arrangement would be a significant risk to achieving the objective of a financially viable and competitive distribution sector that is able to provide reliable supply at optimal cost to all consumers. It may also lead to many complex litigations which take years to resolve, resulting in inaction when clear policy frameworks are urgently needed.

A smoother and faster alternative approach

No doubt there is a need to provide competitive supply options for consumers, and encourage supply efficiency among distribution utilities. This objective may be better achieved through enabling choice by accelerating open access development, similar to the approach in the recently notified Green Open Access Rules. The Electricity Act, 2003 mandated open access since 2008 for all consumers with a load of more than 1 megawatt (MW). Considering the reduction in metering costs, technological developments (in terms of generation and storage options) and evolution of energy accounting measures, grid management protocols etc.), the time is ripe to deepen the open access route by enabling all consumers above a certain load (say, 20 kilowatt (kW)) to avail open access, say in a five-year time frame. This should be supplemented with the specification of a reasonable cross subsidy surcharge for a fixed period (of say five to seven years) to compensate incumbent distribution licensees for the loss of revenue, and to support adequate investment in the distribution infrastructure. As open access has been practiced for several years across states, necessary regulatory, energy accounting and procedural practices are already in place. Hence, this would be a faster and less risky route to providing consumers with choices and bringing efficiency in supply cost (Josey et al. 2018). This arrangement will also provide a choice to the class of consumers who are most likely to exercise it.

The electricity sector in India is at a crucial juncture, where it is facing multiple challenges. At this juncture, fundamentally new, disruptive changes with significant uncertainty pose the risk of inadequate investments in electricity generation as well as distribution. This may be too large a risk, especially when other options exist and are already being implemented. It is a welcome situation that the Amendment bill has been referred to the Parliamentary Standing Committee on Energy, which would be thoroughly deliberating the proposed amendments.