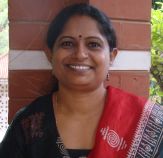 While the dismal quality of primary education in India has received considerable attention at the state and national levels, rural communities still seem to associate school quality with parameters such as physical infrastructure. In this note, K. Vaijayanti describes an initiative in Karnataka that involves publicly-conducted mathematics tests for school children, to raise awareness regarding learning levels and to engage the community in holding schools accountable.

While India has been very successful in improving access to primary education, learning outcomes remain poor and need urgent attention. The Annual Status of Education Report (ASER)1, brought out every year since 2006, repeatedly highlights the dismal state of public schooling in the country. Some studies (Rosato 2013) argue that besides supply of resources, it is important to identify channels that allow for active participation of parents in particular and the community in general, in improving the quality of school education.

While the supply side of the schooling system in India seems to be strengthening, it is the demand side that needs scaffolding. A sustainable way to improve the quality of school education is an effective decentralised management system. Accountability of the public system is best ensured by directly involving the beneficiaries. Therefore, parents of school-going children need to be involved at the school level in planning, decision-making, execution, monitoring and evaluation. It has to be a voluntary commitment that supplements vigil over public educational institutions by the Gram Panchayats2 (GPs), which needs to be enhanced.

The 73rd Amendment of the Indian Constitution, 1993, contains provisions for devolution of powers and responsibilities to GPs to prepare plans for economic development and social justice, and for implementing the 29 subjects listed in the 11th Schedule of the Constitution, including primary education. People’s Plan Campaign in Kerala, Lok Jumbish in Rajasthan, and the School Development and Monitoring Committees (SDMCs) of Karnataka are some examples of participatory democracy in Indian education.

However, participatory democracy in education may be a challenge because competence hierarchies – as in ‘experts’ and ‘non-experts’ – dominate the sector. It is believed that quality education is understood only by those who are experts and that due to its intangible nature it is difficult to be judged by the masses. There is a need to connect the community with indicators of quality education through simple tools and techniques. A complementary strategy of deliberative democracy may help balance the power relations between the school and the community.

Bearing in mind ASER’s results for basic arithmetic competencies in Karnataka, Akshara Foundation, an educational NGO, developed a Mathematics programme called Ganitha Kalika Andolana (GKA) for students of grades 4 and 5 in government schools. The Government of Karnataka adopted GKA in 2015 in the backward Hyderabad-Karnataka region of the state. Community engagement has been an integral part of the programme.

In the year 2016, mathematics contests were conducted by Akshara’s field staff with the help of educated youth (called ‘education volunteers’) from the villages where the children competed. Written, grade-specific, competency-based mathematics tests were administered to children of 4th, 5th, and 6th grades. The tests were designed for 20 marks and the duration was one hour. Education volunteers evaluated the answer papers at the very spot where the test was held and on the same day, thereby ensuring transparency in the whole process. This was followed by a public event involving a prize distribution ceremony to which GP members, parents, SDMC members, donors, and the village community were invited. Top three scorers from each grade were felicitated with financial rewards.

The contests were a way to engage with primary stakeholders by generating awareness of school quality as indicated by learning outcomes. The assumption is that if parents become aware of their children’s numeracy levels, they may demand that the school system delivers better quality education. The experiment also aimed to assess whether such an initiative can be owned by the community so that wide participation is ensured. Contribution of resources in cash or kind by the local community was an indicator to measure collective concern at the GP level around quality education.

Akshara’s data show that 521 contests were held and 70,000 children took the test. On average, about 45% of children across the three grades were found to have acquired grade-appropriate mathematics competencies. Over 25,000 parents, 5,000 SDMC members, and 6,000 youth participated and 9,200 donors contributed Rs. 10 million approximately in cash and kind.

The power of information

The information pertaining to learning status is a critical quality indicator to ascertain the effectiveness of schooling. Typically, the understanding of educational status of government school children in rural areas is centred on physical infrastructure, facilities, and the number of teaching staff. The community often tends to equate quality with functionality, as represented by these parameters. The mathematics contests lifted the veil of public perception and became a tool that enabled the community to understand the actual status of learning in schools.

While it is early to assess the impact of the contests, most of the participating GPs experienced an immediate effect. Instances were reported of groups of parents visiting the schools the next day to question the authorities. Elected representatives said that the results were an eye opener and the ‘all-is-well’ myth was destroyed. Preliminary evidence indicates that the initiative is gaining visibility in terms of GP members visiting schools, quality of Mathematics learning being discussed in GP meetings, circulars being sent by GP heads to parents on measures taken to improve school quality, and so on. Within a fortnight, the results were also shared with SDMCs, Taluk Panchayats (block level) and Zila Panchayats (district level) to facilitate discussions on the status of learning in government schools and take follow-up action.

Besides, this intervention was a step towards closing the gap between the ‘experts’ and ‘non-experts’ with regards to education, and strengthened the community and local agencies to push for corrective measures to make schools more accountable.

Participatory community action is an urgent need of the hour. Efforts such as this can create public spaces for stakeholders to engage; erect a bridge of communication between the school and the community; and enable an environment for development. The contests worked as an instrument to raise awareness among the community regarding children’s learning status, and generate a common resolve to make schools accountable to functioning in a manner that ensures quality primary education. This is especially important in the absence of robust institutional arrangements for accountability.

While quality of education has drawn a great deal of attention from policymakers at the national and state levels, there is still a need to inform local stakeholders regarding the issue and to strengthen them to participate locally to find solutions. GP-level mathematics contests may be a mechanism to enhance the capability of decentralised institutions for local oversight and support.