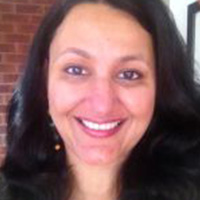 While stunting has declined sharply in India, the levels remain disturbingly high at 38.7%. This column evaluates the impact of the supplementary feeding component of ICDS – India’s flagship programme for early child development - and finds sizable positive effects on heights of 0-2 year olds. However, these gains are achievable only if the programme is focused on this age group and if food is delivered regularly.

According to the fact sheet released by the Ministry of Women and Child Development, the recent provisional estimates from the Rapid Survey on Children 2013-14 indicate that stunting1 has declined sharply in India. However, even now, child stunting levels remain disturbingly high at 38.7%. In this column, I present new research which aims to show the impact of supplementary feeding through the Integrated Child Development Services (ICDS) programme on children’s physical growth using data from the 2005-06 National Family Health Survey (NFHS) (Jain 2015).

The ICDS programme was launched in India in 1975 and is today one of the world’s largest programmes for early child development with more than 1 million centres nationwide. The programme provides a package of services ranging from supplementary nutrition and immunisation to pre-school education, to 0-5 year old children. However, the flagship component of the ICDS programme is supplementary feeding to 0-72 month old children for 300 days in a year (25 days a month). Children aged 3–6 years are generally fed at the anganwadi2 itself, while children below age three receive take-home rations that last for a week or a month depending on the frequency of distribution3.

I analyse the impact of receiving supplementary food through the ICDS on physical growth of children. I focus on 0-2 year old children4, as this age is widely recognised as the “critical window” when the maximum growth faltering takes place, and it is very difficult to reverse stunting after this age (Martorell, Khan and Schroeder 1994).

Evaluation of benefits of supplementary feeding on physical growth of children is a cumbersome task. All children ages 0-2 years are eligible to receive supplementary feeding under ICDS. However, only a small proportion of children are actually receiving feeding daily. To evaluate the benefits of feeding on these children, we need a group of children to compare them with, who have the same characteristics in all aspects, except that they did not receive the feeding daily. In the technical impact evaluation language, we need a ‘control’ or comparison group.

Small children eat poorly, even among richest and most educated households

Complementary feeding6 is a process that starts when breast milk is no longer sufficient to meet the nutritional requirements of children. In addition to breast milk, 6-24 month old children require frequent, nutritious, and energy-dense foods that can be easily digested. The NFHS 2005-06 found that only 21% of 6-23 month old children in India are fed appropriately according to the recommended complementary feeding practices. Though feeding practices improve with age, income and education of women, only 29% of children in the highest income quintile families, and only 32% of those whose mothers had at least 12 years of education were being fed properly. It is not surprising, therefore, to find that 25% of the children of the highest income quintile were stunted. Poor child feeding practices is a South Asia wide-phenomenon. In a recent paper, using longitudinal data from 1996 to 2006-07, I find that the complementary feeding practices for 6-23 month old children in Bangladesh are poor and have not improved significantly even over a decade (Jain 2014).

The ICDS provisions 300 calories and 8–10 g of protein for all 6-72 month old children, and 500 calories and 15-20 g of protein for pregnant and lactating mothers. For 6-23 month old children, this covers 50–150% of their required complementary energy needs and 70–100% of the recommended protein needs. For children above age two, it can fulfil 20–30% of the energy requirements of children and 50–70% of their recommended protein needs.

Anganwadis exist widely in rural India, but ICDS food does not

Children from weaker socioeconomic groups, such as scheduled caste and tribes (SC/ST), were more likely to receive ICDS food daily. Children receiving ICDS food daily were concentrated in some states like Tamil Nadu, Maharashtra, West Bengal, Himachal Pradesh and Mizoram, and in some villages within these states.

I find that in rural India, 0-2 year old girls who received ICDS food daily were at least 1 cm taller that those who did not. The effect on boys is similar but less robust. Given that these height differentials are most likely irreversible, supplementary nutrition could potentially bridge the height gap between the richest and poorest girls by at least 28%, and for boys by 19%, at adulthood.

I find additional evidence consistent with the programme effects presented above. My hypothesis is that the benefits of the programme are driven only by supplementary food and not the other ICDS services like immunisation. The data confirms this hypothesis. Also, If the gains in height are driven by ICDS supplementary food, then the intensity of feeding would make a difference. I do find that ICDS supplementary food benefitted only those children who received it daily and there was no benefit for those who received it less often. I also expect that the benefits would be bigger in states that have a better ICDS performance record. I do find the benefits to be bigger for children in the five top performing states: Tamil Nadu, Maharashtra, West Bengal, Himachal Pradesh and Mizoram.

My simple back-of-the-envelope calculations indicate large long-run economic benefits of supplementary feeding through the ICDS programme for 0-2 year old girls and boys. However, all of these benefits are achievable only if the programme is targeted toward 0-2 year old children and if supplementary feeding is delivered regularly, which did not seem to be the case in 2005-06. There has been restructuring of the ICDS programme in recent years, including attempts to focus supplementary feeding on children below three years of age and pregnant and lactating mothers. These might partly explain the sharp drop in stunting in recent years. But there is still a long way to go.

Women empowerment in nutrition: Do women really have a say in preparing and providing food?