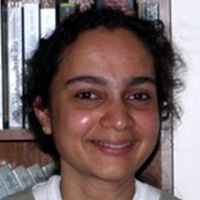 A new synthesis paper (Menon 2017) produced by the International Growth Centre brings together evidence from various health-related IGC studies on India undertaken over the past seven years, to draw implications for health policy. At a workshop organised by IGC in collaboration with Ideas for India and Indian Statistical Institute, Srinath Reddy (Public Health Foundation of India), Alok Kumar (NITI Aayog), and Karthik Muralidharan (University of California, San Diego) discussed key policy lessons emerging from research, and areas where further work is required.

Health is not just about healthcare; it encompasses everything that contributes towards good health such as proper diet, clean environment, sanitation, and so on. Several studies suggest that resources can generate higher returns if commensurate attention is paid to the context in which investments are made. For instance, Afridi et al. 2013 show that the benefits of the Midday Meal programme in terms of increased ability of children to concentrate were greater in higher-quality schools. Adhvaryu et al. (2016) find the use of LED lighting brings down temperatures on the factory floor significantly, thereby increasing worker efficiency. Taking this productivity complementarity into account dramatically reduces the time taken for a firm to break-even on the adoption of this energy-saving technology.

This implies that we do need to think about subsidies to encourage adoption of certain interventions – keeping cost implications in mind, and tailor interventions to reflect the importance of context.

Do we need more money?

Based on a review of the research, it is not clear that more resources are required on every front. Rather, we need creative thinking on using the resources more effectively. The Schofield (2014) study on improvements in nutrition and implications for labour productivity shows that many of the beneficiaries have incorrect beliefs about basic nutrition. Perhaps raising that level of awareness would be far more effective in combatting malnutrition than say, further enhancing spending on the PDS (public distribution system).

While Dr Reddy agreed with the need to improve results from money already being invested, he said that there is indeed a need for more money as well. “NITI Aayog’s vision projected in the National Health Policy, calls for activating 150,000 primary healthcare sub-centres to take healthcare to home or as close to home as possible. Staffing of centres and sub-centres with technology-enabled frontline health workers, training and motivating the health workforce, better management, adequate supplies, and so on, requires money”, said Reddy.

In this context, Prof. Muralidharan remarked that budgeting processes of government departments are deeply political, with the departments striving to maximise their budgets: “not only is cost effectiveness intrinsically not rewarded, it is actually disincentivised.”

Based on a survey in Delhi slums, Banerjee et al. (2010) find that quality of public good provision is poor not due to lack of resources, lack of consensus on identifying needs, or absence of political engagement on part of the slum-dwellers; rather, this is explained by lack of delivery of public goods by officials responsible for these tasks. Das and Hammer (2014) also indicate that the quality of healthcare is low not because of the absence of health infrastructure, including tools and drugs, but mainly because of insufficient effort and absenteeism on part of providers. Innovative pay schemes may be an effective way to incentivise officials to carry out their responsibilities.

Besides, leakage in the provision of public goods and services is a key issue. There is suggestion of use of information and communications technology (ICT) to improve transparency. For instance, in the context of the Midday Meal programme, Sekhri (2016) talks about adoption of new technology platforms to improve cost effectiveness, monitoring education and nutrition outcomes, etc. Berry et al. (2016) experiment with ways to improve child nutrition through the Midday Meal scheme, while also reducing leakages. They find some preliminary evidence that a decentralised framework with increased monitoring (meals coming to schools and headmasters being involved in adding micronutrient mix) has more returns than a centralised one (micronutrient mix being added to meals by the supplier firms).

Not only is the delivery of public goods and services weak, take-up of schemes is low as well; a key reason for both seems to be a lack of awareness among beneficiaries regarding their entitlements, and low levels of knowledge about health issues in general. Moreover, cultural and religious factors mediate how services are received, utilised, and adopted. For example, it is seen that providing access to sanitation facilities is not sufficient as many people believe that having a latrine inside or near the house is ritually polluting, and hence, they prefer to defecate in the open (Coffey et al. 2015). While controversial, relying on age-old constructs such as social and caste networks to increase adoption rates of programmes and to change behaviours seems to work.

Mr Kumar emphasised the importance of engaging with the community to ensure success of programmes, and undertaking research on how best to do this. In this context, NGOs seem to have been relatively less effective in India, perhaps on account of the very diverse nature of the society. Dr Reddy opined that NGOs in India are fairly top-down and culturally disconnected, and that we need to engage grassroots NGOs and community-based organisations much more effectively. Banerjee et al. (2010) suggest that without additional leadership and guidance to NGOs, it is going to be difficult to get them to transform thinking that has been relevant for a long period of time.

Implementing effective schemes requires accurate information on what works and what doesn’t work - and importantly, why it doesn’t and when it doesn’t. For example, Kinnan et al. 2016 have proposed adding a Post Health Event Survey (PHES) to Rashtriya Swasthya Bima Yojana – India’s flagship public health insurance scheme - to mitigate the twin issues of recall error of annual surveys, and cost efficiency. PHES involves surveying only a select subsample of households in person, as opposed to all households. The subsample is selected by calling each enrolled household every two months to determine if there has been a significant health event such as child birth, accident, etc. Only households reporting such an event are then surveyed in person, with 14 days. Thus, the maximum period between a health shock and the affected household’s response to questions on out-of-pocket expenditures or time-use consequences (say, number of days of work/school missed) is 2.5 months.

Disease burden negatively impacts economic growth by lowering worker productivity and levels of educational attainment (Weil 2010). This is particularly relevant to India as it has one of the highest rates of Tuberculosis (TB) infection in the world. Reducing the incidence of diseases would, at the very least, serve to liberate resources that may be put to alternate competing uses.

There is evidence that health problems and the associated healthcare expenditures are a key reason for households falling into poverty (Krishna 2011), and this is exacerbated by lack of access to quality care. In Dr Reddy’s view, in terms of priorities, the maximum returns are going to be in primary healthcare services, which encompass health promotion and prevention, early disease detection and care, responsible gatekeeping for secondary and tertiary care, and so on. There is broad consensus that the question of how we can improve the quality of primary healthcare needs further study.

From a practitioner’s perspective, Mr Kumar said that when a public programme is being designed and budgetary allocation is sought, it is crucial to be able to demonstrate the potential positive impact of the intervention on people’s lives. Outcomes need to be clearly defined, documented, and communicated. Politicians are more likely to increase allocations for programmes that are perceived to be beneficial by citizens.

Prof. Muralidharan said that moving the conversation from spending to outcomes is long overdue and stakeholders have wanted to do this for a while now; the challenge is how we go about it. A key structural problem within government in India is that accountability is for processes and not outcomes. NITI Aayog is attempting a reform to address this issue vis-à-vis the Centre-states relationship. Given the size and diversity of Indian states, and the fact that programme delivery problems are mostly at the state level, there is a pressing need to give more autonomy to states in designing programmes in order to achieve desired outcomes. However, since there is no ‘market test’ in the social sector, the Centre would still have a role in measuring outcomes.

Mr Kumar highlighted the lack of convergence – both geographical and programmatic – in governmental interventions in the health sector. For instance, nutrition is a multidimensional issue, comprising sanitation, clean drinking water, primary education, and food intake. These components are managed by different departments, and each department has its priorities in terms of ‘weak’ districts. A mapping exercise showed that out of 707 districts in the country, there were only 10-15 districts that were being prioritised by all four departments. Unless all these four causative factors are addressed in a particular geographical area, the overall impact on nutrition would be relatively weak. Also, there is a profligacy of programmes, with small budgetary allocations for each. Pooling, rather than fragmentation of resources, is more likely to be effective in achieving outcomes.

The video and blog post for the IGC Synthesis Paper on 'Governance & public service delivery' are available here.

The video and blog post for the IGC Synthesis Paper on 'Financial Inclusion' are available here.