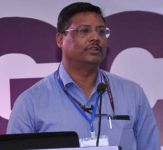 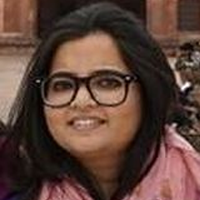 The Indian government plans to universalise the Pradhan Mantri Matru Vandana Yojana – a conditional cash transfer programme for pregnant women and lactating mothers that aims to improve maternal and child health. In this context, this column presents findings from a pilot undertaken in Bihar to test the efficacy of conditional cash transfers to improve nutritional outcomes.

The recent announcement regarding universalisation of the Pradhan Mantri Matru Vandana Yojana has rekindled debates on the efficacy of cash transfers vis-à-vis in-kind transfers in achieving nutritional outcomes. For the uninitiated, this is the fulfilment of the National Food Security Act entitlement for pregnant women and lactating mothers (PW&LM) of Rs. 6,0001, with the objective of providing adequate nutrition, improving uptake of health services, and partially compensating for the wages lost during pregnancy.

Cash transfers are neither new nor unheard of in India. For example, under the National Social Assistance Programme (NSAP) of the Ministry of Rural Development (MoRD), cash benefits are given to the aged, widows, and BPL (below poverty line) households in rural areas. Similarly, various scholarships are given to students from vulnerable communities, lower income strata, etc. by the Ministry of Human Resource Development (MoHRD). Prominent conditional cash transfer (CCT) programmes like Janani Suraksha Yojana (JSY) of the Ministry of Health and Family Welfare (MoH&FW) provide cash to eligible pregnant women for giving birth in a government or accredited private health facility; while the Kanyashree scheme2 in West Bengal uses cash incentives to drive socially desirable behavioural change.

However, despite the growing push for cash transfers by the government, there continues to be support for in-kind transfers such as hot cooked meals or Take Home Ration (THR), rather than an equivalent amount of cash given to the beneficiaries, to improve nutritional outcomes. Broadly, the fear is that the cash may not be used for intended purposes or that it may be diverted to meet other consumption needs. Successful examples of southern states like Tamil Nadu are cited where in-kind transfers in the areas of food and nutrition have been effective. What is often overlooked is the underlying social capital that drives these successful interventions, which may not be replicable in all states.

At this critical juncture when the guidelines of the Matru Vandana Yojana are being finalised, an interesting pilot to test the efficacy of cash transfers in improving nutritional outcomes was implemented in Gaya district of Bihar during 2014-2016, by the Department for Social Welfare in collaboration with the Department for International Development of the UK government (DFID) and Children’s Investment Fund Foundation (CIFF).

The pilot, a quasi-experimental design with two ‘treatment’ (those that received the CCT) and two ‘control’ (those that did not receive the CCT) blocks covered 261 AWCs (Anganwadi centres)3 for two years and credited Rs. 250 per month to the bank account of PW&LM for 30 months, provided they fulfilled certain conditions4. An additional bonus of Rs. 2,000 was given if the woman did not become pregnant within two years of a birth, and if the child was not underweight at age two. A nominal incentive of Rs. 5 per beneficiary was given to frontline workers for monitoring and growth reporting5.

It is important to note that this pilot did not exclude anyone, that is, all PW&LM irrespective of their socioeconomic status or parity were eligible to receive benefits.

There was an increased uptake of services during Village Health Sanitation and Nutrition Days (VHSNDs): the number of women attending VHSNDs went up by 36 percentage points; weight gain monitoring during pregnancy rose by 17 percentage points ; and child growth monitoring by 22 percentage points. Furthermore, receipt of IFA (Iron/Folic Acid) tablets by women also increased by 14 percentage points. It was observed that the cash received was predominantly used to diversify diets, with increases in consumption of meat, milk, vegetables, and sugar. The programme led to the introduction of semi-solid foods for infants aged 6-8 months.

This clearly reflects that cash given in the hands of the women, with the right kind of ‘labelling’ and ‘messaging’ and attached with conditions which are under her control, can make significant dents in breaking the cycle of malnutrition. The fear that the cash will be diverted for other purposes turns out to be unfounded in this case.

One of the reasons for the success of the programme may have been the constant feedback provided to women, which led them to take immediate corrective measures in case something was amiss. The programme as such did not provide any individual behavioural change counselling or training on top of what is currently provided by Anganwadi workers. It would not be unreasonable to assume that in-built components of behavioural change counselling, communication, and training would probably increase the success of such programmes in further improving nutrition outcomes through change in nutrition-sensitive behaviours.

Interestingly, despite the non-exclusionary criteria, enrolment was limited to only about 50% of all eligible women. In this particular case, low enrolment may be attributed to multiple reasons like differential awareness about the programme, movement of pregnant women to their native homes, seasonal migration to brick kilns, and discrimination by field workers. Addressing such constraints and undertaking demand-side interventions are therefore crucial during implementation as these challenges are likely to resurface across geographies.

Unfortunately, the programme had limited impact on improving the overall availability and quality of health and nutrition services. Improvements were restricted to those services which were linked with incentives for frontline workers. Hence, investments in the improvement of the supply side would be needed in parallel. Moreover, conditions for incentives which depend too much on the availability of services need to be delinked.

Need for a holistic approach

Overall, the Bihar pilot is an interesting experiment which merits consideration especially now that we are at the threshold of implementing the Matru Vandana Yojana. It shows that CCTs can have large and significant effects on maternal and child nutrition outcomes. However, it cannot be treated as a silver bullet to solve all nutrition-related issues, particularly, chronic malnutrition. Parallel, complementary efforts have to be made to remove supply-side constraints and strengthen service delivery, and address underlying issues such as poor sanitation and hygiene landscape. Similarly, CCTs without a well chalked out IEC (Information, Education and Communication) and BCC (Behaviour Change Communication) plan, failing to engage the community and reaching the most vulnerable sections, are unlikely to attain desired objectives.