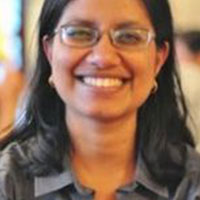 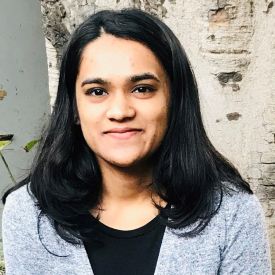 While India’s insurance sector has been growing dynamically in recent years, its share in the global insurance market remains abysmally low. This article traces the journey of the Indian insurance sector, and underlines issues such as low penetration and density rates, inadequate investment in insurance products, and the dominant position and deteriorating financial health of public-sector players.

The insurance industry in India has been growing dynamically, with total insurance premiums increasing rapidly, as compared to global counterparts. The insurance penetration (ratio of total premium to GDP (gross domestic product)) and density (ratio of total premium to population) stood at 3.69% and US$ 73, respectively for FY18 (fiscal year 2017-18), which is low in comparison with global levels. These low penetration and density rates reveal the uninsured nature of large sections of population in India, and the presence of an insurance gap. The sector has transitioned from being an exclusive State monopoly to a competitive market, but public-sector insurers hold a greater share of the insurance market even though they are fewer in number. Figure 1 shows the insurance penetration and density in India from 2001 to 2017.

The insurance sector has witnessed many changes over the years, including nationalisation of life and non-life sectors (in 1956 and 1972, respectively), constitution of the Insurance Regulatory and Development Authority of India (IRDAI) (in 1999), opening up of the sector to both private and foreign players (in 2000), and increase in the foreign investment cap to 26% from 49% (in 2015). The recent notification of 100% foreign direct investment (FDI) for insurance intermediaries (announced in the Union Budget of 2019-20) has further liberalised the sector.

The insurance sector faces various challenges, as identified and detailed in our recent research (Ray et al. 2020). Low insurance penetration and density rates prevail in India. Rural participation of insurers remains deficient, and life insurers, especially private ones, gravitate towards the urban population, to the detriment of the rural population.

Insurers in India lack sufficient capital, and their financial health, particularly that of the public-sector insurers, is in a precarious state. Among the public-sector general insurers, the financial situation of the ailing National Insurance Company is a cause for concern. Even though the Government of India has already infused Rs. 25 billion in the three public-sector insurers – National Insurance, Oriental Insurance, and United India Insurance – through the first batch of 'supplementary demands for grants'1 for FY20, these insurers require an additional Rs. 100-120 billion in order to meet the stipulated solvency margin.

Further, there are concerns in the non-life insurance sector regarding product pricing2 and overcrowding in some segments,3 along with issues in the crop insurance segment.4 To maintain profitability, insurance companies are becoming increasingly dependent on their investment portfolio. They have also resorted to harmful practices, for example, undercutting premiums. Other challenges, such as the predominance of traditional distribution channels,5 also hinder the sector’s growth. Besides, insurers in India are capital-starved.6 A possible additional effect of this low level of capital is incipient new risks, and meagre capital makes it difficult for insurers to rise to the challenge of new risks. Risks associated with the Covid-19 pandemic have recently surfaced, creating further challenges for insurers.7

Similarly, we test for the effect of the demonetisation episode of 2016, and find a positive and significant impact of demonetisation on insurance (life and total) penetration rates, whereas the impact on non-life insurance is positive but insignificant.

In order to increase the penetration rates and density, uninsured rural areas and the urban poor must be brought under the ambit of insurance coverage. Insurance companies in India will have to show long-term commitment to the rural sector as well, and will have to design products which are suitable for rural people. Insurance companies need to think about their distribution mechanism to work effectively in rural markets. The focus of the insurance sector is steadily shifting towards increasing access of low-cost, simple insurance products, including those that can be sold through online channels. Simultaneously, a complementary thrust to spread awareness and improve financial literacy, particularly the concept of insurance, and its importance, can help. In this context, government insurance schemes such as Pradhan Mantri Jan Arogya Yojana, Pradhan Mantri Fasal Bima Yojana, Pradhan Mantri Suraksha Bima Yojana, and Pradhan Mantri Jeevan Jyoti Bima Yojana are notable contributors in expanding insurance coverage among the population.

The merger of the three public sector general insurers, which has now been called off, could have implications for the future of general insurance in India. The issue of low capital levels needs to be addressed, and there is the related aspect of implementation of a risk-based capital framework.8 Prior to that, the precarious state of public-sector general insurers’ finances should be tackled, and the new regime should find the right mix between the growth of the insurance industry and safeguarding policyholders’ interests.

Another area that necessitates regulatory scrutiny is that of application of technology in insurance. An example is the emergence of ‘InsurTech’, designed to make the claim process simpler and more comprehensible. In this context, the Indian insurance market can gain from the right use of technology and innovation, if a comprehensive framework is created for the sector, keeping the associated challenges in mind. Demographic factors, coupled with increasing awareness and financial literacy, are likely to catalyse the growth of the sector. An enhanced regulatory regime that focusses on increasing insurance coverage will also help.