India's plan to eliminate tuberculosis by 2025: Converting rhetoric into reality 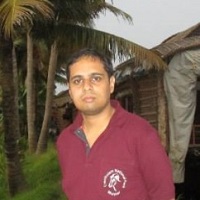 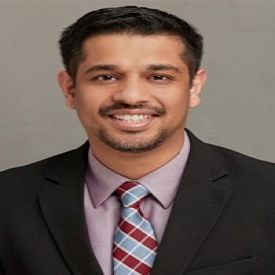 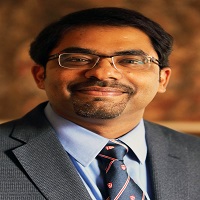 During the 2017 Union Budget address, the Government of India announced its plan to eliminate tuberculosis (TB) by 2025, which is extraordinarily ambitious given that India accounts for a large proportion of new TB cases and deaths globally. In this article, Pai, Bhaumik and Bhuyan offer some suggestions that might help bridge the gap between ambition and reality.

The Government of India announced its plan to eliminate tuberculosis (TB) by 2025 during the 2017 Union Budget address (Kumar 2017). The declaration is extraordinarily ambitious, considering that India accounts for 27% of the world's 10.4 million new TB cases, and 29% of the 1.8 million TB deaths globally (World Health Organization (WHO), 2016). India also accounts for 16% of the estimated 480,000 new cases of multidrug-resistant TB. The End TB Strategy by WHO aims to end the global TB epidemic, with targets to reduce TB deaths by 95%, and to cut new cases by 90% by 2035 (Uplekar et al. 2015).

While high-level political commitment is welcome and necessary, the real question now is how India can go from rhetoric to real progress? We offer some suggestions that might help bridge the gap between ambition and reality.

First and foremost, India needs to give priority to and begin investing in health. For decades, governmental expenditure on health has been one of the lowest in the world at 1.4% of the GDP (gross domestic product) (but even lower in the previous years) (Lancet, 2017). While the 2017 Union Budget has allocated additional funding for health, the allocation substantially falls short of the 2.5% of GDP that has been considered a realistic goal in the draft National Health Policy 2015 (Ministry of Health and Family Welfare, 2014).
The budget for India's Revised National TB Control Programme (RNTCP) also needs to see an increase. Despite being a highly cost-effective programme, RNTCP has struggled to receive funding that is commensurate with the scale of India's epidemic (Babu 2016). There was anticipation of a tripling of the budget for the period 2012-2017, but this did not happen.

In February 2017, the RNTCP published a draft of a new National Strategic Plan (NSP) for TB Elimination, 2017-2025 (Ministry of Health & Family Welfare, 2017). It is expected that the cost of implementing the new NSP will be nearly US$2.5 billion, a significant increase over the 2012-2017 NSP budget. In the 2017 Union Budget, there is some indication that TB will get a higher allocation, but a recent analysis suggests that, after adjusting for purchasing power parity, the funds available for RNTCP could be even lower, at a time when the new NSP aims for TB elimination by 2025 (Mohan 2017).

India must start to seriously tackle key determinants of TB, especially poverty, undernutrition, and tobacco smoking, which have been clearly linked with TB and mortality due to TB (Bhargava et al. 2014, Jha et al. 2008, Oxlade 2012). This will require intersectoral collaboration between multiple ministries, agencies, and civil society. There is also significant opportunity for inclusion of TB in social protection programmes, which can focus on prevention as well as protect patients from impoverishment.

Additionally, India must address the major gaps that have already been identified in the TB cascade of care in the public system. About half-million TB patients reach public health facilities but are either not successfully diagnosed, or not started on treatment (Subbaraman et al. 2016). To address these gaps, RNTCP will need to modernise its TB standard of care and control system. India relies heavily on antiquated approaches, including smear microscopy, intermittent drug regimens, and paper-based reporting. In order to improve this system, India needs to scale-up rapid molecular diagnostics such as Xpert MTB/RIF (Cepheid, California), make drug-susceptibility testing (DST) more widely accessible, and switch to daily drug regimens, combined with tools for adherence support (Pai 2015). In fact, in January 2017, responding to activist petitions, the Indian Supreme Court ordered the RNTCP to switch from intermittent therapy to an internationally accepted daily regimen.

India's TB control programme must begin to recognise the role of the private sector and start engaging with it more meaningfully. Enormous quantities of anti-TB drugs are used in the private sector, underscoring their importance and scale (Arinaminpathy et al. 2016). Although implementation of the RNTCP resulted in an increase in patients seeking care in public facilities, several patients still initially seek care in the private and/or informal sector or get bounced between the private and public sectors. Studies show complicated, long care-seeking pathways, widespread empirical management and poor quality of care (Sreeramareddy et al. 2014, Das et al. 2015, McDowell and Pai 2016). India is conducting pilot projects with Private Provider Interface Agencies in Mehsana, Mumbai, and Patna that have shown that notifications from the private sector can be dramatically increased, with improvements in quality and patient outcomes (Pai and Arinaminpathy 2016). Lessons from these projects can be used to develop a comprehensive plan to engage with the private sector to improve quality of care and better regulate this sector. At the very least, the government should ensure that private providers fulfil their requirement to notify all TB cases to the RNTCP.

Furthermore, India must invest in research and surveillance. Research will need to focus on development and/or validation of new tools, including rapid point of care diagnostics, new TB drugs and vaccines. Surveillance will require periodic prevalence surveys, nationwide TB drug-resistance surveillance (as part of a more comprehensive antimicrobial resistance surveillance programme), improved public health informatics, better tracking of TB deaths, and implementation science to identify and treat missing TB patients. The creation of the India TB Research and Development Corporation, in November 2016, is a promising step forward, but it will require partnerships as well as sustainable funding to succeed (Government of India, 2016).

TB advocacy and patient groups in India need to be more active and empowered, and the RNTCP needs to engage further with civil society (Chavan 2017). Pressure from civil society and patient groups can help keep the spotlight on TB and help the Ministry of Health garner more resources. Advocacy will also help tackle stigma, delayed care seeking, and other barriers that patients face.
In conclusion, India's plan to eliminate TB by 2025 demonstrates much needed ambition and intent. We call on the Government of India to ensure that the declaration is followed through by ensuring adequate funding and implementation support to execute the new NSP for 2017-2025.