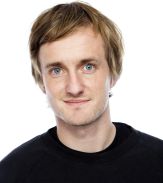 The National Food Security Act aims to remove hunger and reduce malnutrition by providing subsidised foodgrains to two-thirds of the population. Using nationally representative data, this column finds that the Act is unlikely to greatly affect food consumption and malnutrition. However, a fully implemented Act can still benefit the poor through the income transfers implicit in food subsidies.

The National Food Security Act (NFSA) was passed in August 2013 as a response to India's persistently high malnutrition rates. The Act entitles 75% of the rural population and 50% of the urban population 5 kgs. of subsidised grain per person per month. The extent to which these entitlements will be able to reduce malnutrition depends on whether they induce poor households to consume more food. It also depends on the extent to which malnutrition results from inadequate calories rather than other factors such as morbidity and low parental awareness of the determinants of child health.

The National Sample Surveys (NSS) ask questions on receipts of food through the public distribution system (PDS) and also on disaggregated household consumption. They are therefore a natural dataset to use to study the impact of the NFSA. There has however been no large survey round since the Act. In a recent working paper (Somanathan and Kjelsrud 2017), we try to predict the likely effects of household food entitlements specified in the Act using The Indian Human Development Survey (IHDS) and several NSS survey rounds. We summarise a few of our main findings here.

Not surprisingly, we find that malnourished children are concentrated in households that are disadvantaged along multiple dimensions. They have lower overall consumption, and limited access to household amenities such as piped water, toilets, electricity, government schools, and health clinics. We also find that calorie intakes are negatively correlated with malnutrition rates, but only weakly. Household and village amenities and parental education are stronger predictors of the presence of malnourished children.

It is also unclear whether the Act would in fact lead to higher food intakes. Average per capita grain consumption has been above 5 kgs. for all expenditure deciles since the early 90s (Figure 1). In the last two rounds (2009-2010 and 2011-2012), it has been about 10 kgs. per capita across all expenditure deciles. Since these quantities are greater than the entitlements under both the previous PDS and the NFSA, marginal grain purchases are occurring at market prices. If the NFSA increases consumption, it is therefore likely to be through income rather than price effects.

Note: The figures show the average per capita grain consumption by expenditure deciles. All numbers are population-weighted and based on various NSS rounds.

To examine income transfers implicit in the NFSA with those under the previous PDS system, we use 2011-2012 NSS data and multiply the difference between market and subsidised prices by the quantity of subsidised grain received by each household. This gives us the distribution of implicit transfers through the PDS before the NFSA was introduced. This approach is similar to that used by others (Khera 2011, Radharkrishna and Subbarao 1997, Dreze and Khera, 2013). To compute transfers implicit in the NFSA, we simply replace PDS prices and quantities by the stipulated NFSA prices and the 5 kgs. per capita grain entitlement under the Act.

We find substantial variation across states in the level of implicit subsidies. Some states have been topping up the grains received from the Centre, while in others, leakages from the system are substantial and only a small fraction of the grain reaches the intended beneficiaries. The difference between status quo and a well- implemented NFSA therefore differs significantly by state. Our estimates indicate that the largest changes brought about by the NFSA will be in the poorest states. We also show that the NFSA is likely to better target the poor because they typically live in larger families and the current PDS has household entitlements while the NFSA has individual entitlements. Larger families will therefore receive more under the NFSA.

To summarise, our analysis suggests that the NFSA is unlikely to greatly affect food consumption, and even if it does, it will only make small improvements in malnutrition. Many other forms of public spending may be more effective in improving nutritional outcomes. The Act will still benefit the poor by increasing their share of the total transfers implicit in food subsidies. We have focussed on average effects. The NFSA may help particularly vulnerable households through difficult times. The datasets we use do not allow us to study these populations carefully.