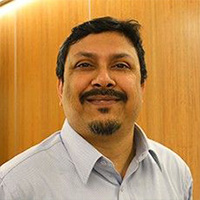 More public expenditure on elementary education in India in recent years has not translated into better learning outcomes of schoolchildren. In this article, Anit Mukherjee from the Center for Global Development, contends that the defining legacy of the New Education Policy should be to redesign public finance and delivery systems in education to focus on learning and reward good performance.

It was a hot, humid morning in Kishanganj as the sun rose over the rice fields in the first week of June of 2008. It was my first visit to north Bihar to see first hand the Read India campaign conducted on a state wide scale by education NGO Pratham. The choice of location was deliberate: as per the Annual Status of Education Report (ASER) that year, Kishanganj and Araria, the neighbouring district, were at the bottom of the pile as far as reading and math scores of children in the state were concerned. Something was very wrong in the way the public education system was functioning, and I wanted to understand what it might be.

As a researcher in public finance, my work focused on the system of allocation and expenditure of government funds for Sarva Shiksha Abhiyan (SSA), the flagship programme for universal of elementary education in India. I was intrigued by the fact that a state like Bihar was receiving more money for elementary education than they ever got in the past, yet the learning levels of children were abysmally low. New schools were being built, classrooms were being added to existing ones, teachers were being appointed, programmes for out-of-school children were being rolled out across the state - but the children were not learning. It seemed very far from the conventional wisdom among policymakers that more money translates into better outcomes, which was clearly not the case.

The objective of the summer camp was simple: provide support to children who cannot read at the level that is expected of them according to their grade. With a few weeks of intensive reading lessons over the summer when the schools are closed for holidays, the children will be prepared when the new textbooks are distributed after the schools reopened in July. It seemed an impossible task – some of the children in standard 2 and 3 did not even recognise basic alphabets (in the mother tongue, Hindi), while some in standard 4 barely managed to read words! How would such diversity in learning be addressed in such a short time?

Thankfully, I was proved wrong. As I trekked through rice fields, unpaved roads and broken culverts to get to schools few government inspectors ever visited, I saw the same energy and commitment from the volunteers and teachers. A rigorous randomised evaluation of the summer camps showed that there was significant improvement in reading and mathematics levels as a result of the support. More importantly, the gains were visible even two years after the summer camp ended.It seemed fairly obvious how our school system could deliver what it is expected to – helping children to attend school and learn well. Learning goals, teaching methods and grouping of children in education must take into account the actual needs of children, the actual capacities of teachers, and the realities of the schools. What is required is continued experimentation within government school systems as to what does and does not work,supported by regular, publicly available data on outcomes.

More money has not translated into better outcomes

More than half a decade and a few billions of dollars of taxpayer’s money later, however, we are no closer to solving the riddle of low levels of learning across government schools in India. Soon after my visit to Bihar, the Right to Education (RTE) Act was passed in 2009 which set infrastructure and norms for pupil-teacher ratios norms applicable for every school in the country. Unfortunately, all these were in terms of inputs without any learning target. ASER 2014 provided evidence that the proportion of children in Standard 5 who could read Standard 2 texts in government schools was actually falling, especially in poorer, more populous states. Coupled with the rise in the share of children enrolled in private schools, the ASER findings are a serious indictment not only of the delivery of public education, but also of the method of financing of public education per se.

Why is it that higher public expenditure on elementary education has not improved levels of learning to the extent that it should? One explanation from my experience with the summer camps in Bihar and five years of the PAISA (Planning, Accountability and Expenditures, Institutions: Studies in Accountability) survey1 is that after a certain threshold of inputs is reached, increasing levels of learning has very little to do with money. It requires system-wide upgrades and not marginal improvements. It requires a fresh look at norms and standards, monitoring mechanisms and data systems, assessing learning needs of each individual child and tailoring the curriculum to be more aligned with the capacity and level of the teaching-learning process. Some of these require investment in teacher quality, data systems and evaluation mechanisms while others are intrinsically linked to administrative capacity and commitment.

This leads us to the final point: can we target public finance to incentivise and reward performance? As the tens of thousands of teachers and volunteers of Read India would testify, the task is not all that difficult. If there are clear goals, strategies, support and monitoring, significant gains in learning can be achieved at relatively low cost. The only requirement is that the public delivery system be flexible enough to respond to the needs of the children, the community and the school. When public finance and policy focuses on learning needs and rewards performance, it can help pivot the discussion to issues that really need addressing. Countries like Brazil have done it in the past; there is no reason why India should not be able to do it too2. This can, and has to be, the defining legacy of the New Education Policy.