Response to the Bhagwati-Panagariya rejoinder on MNREGA 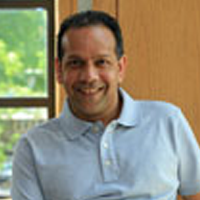 Jagdish Bhagwati and Arvind Panagariya (hereafter BP) have issued a colourful rejoinder to a Times of India article by us, itself a rejoinder to an earlier piece by BP that criticised a letter to the Prime Minister that 28 economists, including us, had signed appealing not to restrict MNREGA to the poorest 200 districts.

We have responded with a letter in TOI but space constraints precluded a fuller discussion. We provide that discussion here. For continuity we repeat a point we made in the letter.

In their original calculations of the net benefit of MNREGA employment, BP took the market wage to be the opportunity cost of working under MNREGA, assuming thereby a situation of full employment and peak season demand. We pointed out that MNREGA employment occurred mainly in the slack season. In their rejoinder they delete the qualifier “mainly” and claim that the facts “support us, not the SIX” by citing evidence that 30% of MNREGA employment was in the peak season. But elementary arithmetic surely reveals that 100-30=70% of the evidence is in our favour!

They then go on to cite Martin Ravallion, to the effect that “participation in NREGA is far from costless’’ and that “many have to give up some other income-earning activity when they take up [NREGA] work”. But they do not spell out exactly how much income is foregone by MNREGA participants in Ravallion’s studies. In the two states for which these studies have been conducted, Bihar and Maharashtra, the income foregone was on average 30% of the market wage. In other words, 70% of the market wage was a net gain to participants, not counting the additional premium in the MNREGA wage. This is in contrast to the 0% presumed by BP.

Using this estimate of foregone earnings, along with the measured effect on market wages, Imbert and Papp in their well-known work on the income impact of MNREGA estimate an income gain of Rs. 111 for the poorest 20% of the population. In contrast, the procedure suggested by BP would yield only Rs. 17, a vast underestimate.

In similar cavalier vein, they go on to criticise our point regarding the self-selection feature of MNREGA by quoting studies showing that some non-poor also work in MNREGA programmes. Not only do the poor work more in MNREGA, BP miss the key point that the pattern of income gains across poor and non-poor is what ultimately matters. The income gains of the poor from working in MNREGA are much larger because their foregone earnings are so much lower. Imbert and Papp’s income impacts calculations show for instance that the distribution of income gains across the five quintiles from poorest to richest was 111, 66, 64, 34 and -7.

To further support their contention, BP also cite Ravallion’s estimate of MNREGA’s anti-poverty impact of a decline of only one percentage point for Bihar. Choosing Bihar is hardly appropriate as MNREGA was very poorly implemented in that state. Presumably policy decisions for the entire country should be based on averaging impacts across all states. Klonner and Oldiges estimate the drop in the all-India poverty headcount ratio resulting from MNREGA Phase 2 districts across the entire country to have been 3.5 percentage points from a base of 20 points, which amounts to a 17.5% drop.

They additionally attempt to counter our argument about self-selection benefits of MNREGA by drawing attention to inter-state comparisons, which reflect the diverse governance capacities of those states. They are here confusing the issue of performance across states with self-selection within states. We had attempted to clear up this confusion in our first rejoinder. No one imagines that the mechanism of self-selection will magically transport workers from UP where their demands for MNREGA employment were unmet, to the dramatically better-governed state of Tamil Nadu, where the problem of unmet demand is much less severe! Indeed, in states poorer than UP, but somewhat better-governed (like Chhattisgarh, MP, and Odisha), the participation rates in MNREGA have been significantly higher.

Finally, BP make the conceptual point that “…the NREGA program is inefficiently designed because it seeks to address two targets, poverty reduction and asset creation, with one instrument, public works.” They go on to specifically suggest that the programme would be better served by cash transfers in proportion to the current wage bill, with infrastructure creation in proportion to the materials bill. This specific suggestion is deeply problematic as it delinks the work requirement of MNREGA from the receipt of cash, which implies far poorer targeting. (As a thought exercise, imagine replicating the Imbert-Papp pattern of gains across different income groups by untargeted cash handouts.)

Regarding their general conceptual point we are underwhelmed, and baffled that BP view “public works” as a single instrument. Of course, asset creation is an important by-product of an employment guarantee in an environment in which the level of rural assets (including public goods) is woefully inadequate. The worry of excess investment in the aggregate is non-existent, though concerns might legitimately be expressed about the durability and quality of assets created. But these concerns can be mediated through additional instruments that do not dispense with self-selection. Furthermore MNREGA is not intended to be the sole vehicle of asset creation, and we are not aware of anyone who has cast MNREGA in this particular light. Nothing prevents the deployment of altogether distinct instruments of rural asset creation. Finally we note more generally that in a world riddled with self-selection and informational constraints, the simple - and simplistic - counting of targets and instruments is generally bad practice.

A version of this article appeared in Times of India.