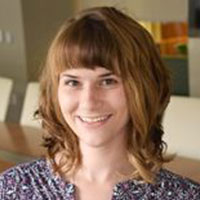 In this article, Jennifer Johnson and Nalini Gulati highlight the different trajectories of women's economic empowerment across South Asia, based on a recent policy dialogue hosted by Evidence for Policy Design.

On 23-24 March, 'Smart Policy for Women's Economic Empowerment' brought together policymakers, private-sector actors, and civil-society representatives from across South Asia, and local and international researchers, in Kathmandu. The two-day policy dialogue was organised by Evidence for Policy Design (EPoD) at Harvard Kennedy School, and funded by UK Aid through the BCURE Programme, with the support and collaboration of the IGC (International Growth Centre). The purpose was to explore ways to use data and evidence-based policy to promote women's economic empowerment. 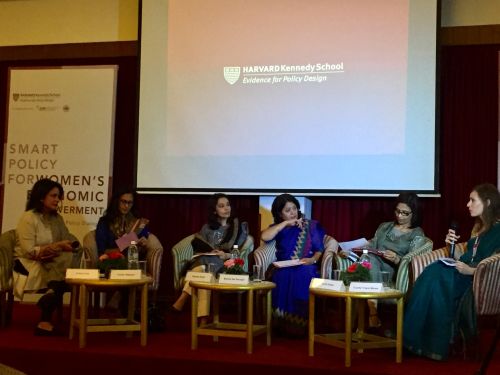 The four South Asian nations represented at the dialogue – Nepal, Bangladesh, India, and Pakistan – have had varied experiences in terms of economic growth and changes in the status of women over the past few decades. Which South Asian country performs best in terms of gender equality depends on how you measure it. Female labour force participation (FLFP) is a key measure of women's empowerment at the national level. While this statistic may not capture domestic and other home-based work, the kind of work it does capture – employment outside the home – has the strongest relationship with empowerment (Fletcher, Moore and Pande 2015, Sivasankaran 2014).

Nepal has the highest female labour force participation rate (FLFPR) in South Asia at 80% according to the most recent World Bank data, but ranks below Sri Lanka, India, and Bangladesh (and just ahead of Pakistan) on UNDP's (United Nations Development Programme) Gender Development Index (2016). Why the difference? Due to massive male out-migration, women have no choice but to work. However, they are primarily involved in low-productivity, low-wage agricultural jobs. As the de-facto heads of the household, they face a double burden of income-generating work and unpaid domestic work. In Bangladesh, the FLFPR is 58% and rising. The export-oriented garment industry, which supports 80% of the economy, is a large employer of women. Rubana Huq, Managing Director of Mohammadi Group, said that female factory workers are seen giving tiffin money to their husbands. But few women advance beyond the sewing line. India has experienced a fall in FLFPR, despite high economic growth. Dr. Farzana Afridi of the Indian Statistical Institute cited her own research showing that this trend is mainly driven by rural, married women with young children. While Pakistan has seen rising FLFPR due to increased focus on skilling programmes for women and availability of more job opportunities for them, women's labour force participation remains constrained by social norms and safety concerns.

Despite the differences, many of the existing challenges are common. Over the course of the event, participants identified the following key issues.

Women want to work but suitable opportunities are lacking

Women in South Asia indicate that they want to work: according to India's National Sample Survey, 31% of women who spend the majority of their time on domestic duties would like some kind of a job. If these women joined the labour force, India's FLFPR would climb up by 21 percentage points. In Pakistan, too, 40% of women who are not a part of the labour force say that they did not have enough to do in the previous day. A quarter of them say that they would work if they could find a suitable job. If these women joined the labour force, the country's FLFPR would double.

Afridi said that in India, as women's education levels have risen, their preferences with regard to jobs as well as their reservation wage have changed. However, there has been no commensurate increase in suitable job opportunities outside agriculture. As a result, Afridi posited, women are choosing to stay at home and invest time in the education and health of their children.

Time poverty due to primary responsibility for the care economy

As primary caregivers, women across South Asia face a general time poverty that limits their ability to invest in their own human capital and social networks. As seen in Nepal, women who are both primary earners and primary caregivers face an even greater challenge. More women may be working (apart from India), but, as former member of the National Planning Commission of Nepal, Bimala Rai Paudyal, explained, "Men who have been working outside the house have not been able to serve inside the house, due to lack of men's willingness … but also due to lack of competence, I would say, on the part of men." There are growing calls for better data on women's time use to understand the constraints women face, and to better address those constraints through policy measures.

There was broad consensus among event participants that support in the form of childcare services and flexible working conditions need to be more widely available to enable more women to join, remain, and progress in the work force. In this context, Dr. Atonu Rabbani's (University of Dhaka) experiments in Bangladesh suggest that while women are willing to pay for childcare services, they face a supply-side constraint: they do not trust service providers outside their own social networks.

At some level, social norms have created all of these inequalities. In Pakistan, higher levels of education among women are failing to translate into higher FLFP due to dated ideas about the appropriate role of women in society. Women who venture into the public sphere face street harassment and are constrained by a lack of safe transportation options. These ideas are self-perpetuating, and promoted by men and women alike. As Dr. Hadia Majid of Lahore University of Management Sciences described, few women are visible in public spaces in Pakistan, perpetuating a norm of public spaces as male spaces.

"Glass ceilings" exists across countries and economic sectors. While 3 million of the 4 million workers in Bangladesh's garment industry are female, very few become supervisors. This may partly be because of historically lower human-capital levels among women, but contemporary social and cultural factors also play a role. Women sometimes decline promotions because they perceive longer hours may interfere with their domestic responsibilities. In addition, a woman's family may not support her in taking a promotion, and working late or travelling far from home presents personal security challenges. In Huq's experience, the female workers in her factories often do not 'accept' the authority of female supervisors. Female representation is also low in the higher tiers of management.

For similar reasons, women entrepreneurs in Nepal do not generally transition from micro- to small-/medium-scale activities.

Women's entrepreneurship is also constrained by a lack of control over resources, and access to networks, information, and markets. Land is the primary asset used for collateral in loans for SME-level production; a micro-entrepreneur without a land title in her name may find herself locked out of the next level of loan necessary to grow her business. But assets are not the only barrier to women's access to finance. Shradda Srimal, Assistant Vice President of Kolkata-based microfinance institution Arohan, reports that upwards of 90% of their clients are female, yet a similar percentage of the front-line loan officers are male. This presents a client service problem, as male officers may be less sympathetic to the circumstances of female clients, and some potential clients may be reluctant to interact with an officer of the opposite sex.

The same mismatch between service providers and the women they serve is evident in the public sector. Participants from all represented countries expressed a greater need for data on the use of public services by female citizens in order to serve them better. While the expansion of national ID systems like India's Aadhaar and Bangladesh's National Identity Card (NIC) have brought millions of women into administrative data systems, some women remain on the margins – and many are not comfortable accessing the opportunities these IDs represent. In Pakistan, as Samia Ali Liaquat Khan (Head of Quality Assurance, Pakistan Poverty Alleviation Fund) described, some male household heads do not allow their female relatives to be registered for the national ID system, limiting their ability to interact with other public systems. Across South Asia, many women lack education or general awareness of their rights, and institutional settings and interactions are often hostile – particularly towards minority women (World Bank, 2013).

Nepal's new constitutional provision for reservation of 33% of seats for women in Parliament, and in state and local levels of government, is a promising new opportunity to expand the visibility of women in leadership roles, as well as their authority over how public goods are allocated and services are delivered. Chhavi Rajawat, the first female sarpanch of Soda village in the Indian state of Rajasthan, described how she saw her status as sarpanch changing parents' aspirations for their daughters and daughters-in-law. Soledad Prillaman of Harvard University shared her research findings on how women's participation in self-help groups in India creates a virtuous circle of increased social capital, larger networks of friends, and increased mobility. Political spaces in India are male-dominated, she noted, but engagement in women-only civil society organisations led to substantial increases in political participation. Women who participate in self-help groups are twice as likely to engage with local politics ; and communities feel the positive impact in higher levels of public goods provision (Chattopadhyay and Duflo 2001).

Justice Sapana Pradhan Malla of the Supreme Court of Nepal described how legal changes in the country in recent decades have ensured that women have the right to inherit parental property; but representatives from Nepal's MEDEP (Micro-Enterprise Development Programme) and Daayitwa said that, in practice, families continue to bequeath assets to male heirs, and there may be significant family discord if they choose otherwise.

Afridi remarked that the recently passed maternity bill in India, providing over six months of paid maternity leave to female employees, is a landmark and indicates the recognition of the issue by the State. However, it will only benefit formal-sector employees, constituting merely 5% of the total working women. Shirin Sharmin Chaudhury, the first female Speaker of Bangladesh Parliament, said that a similar policy exists in her country, but is only implemented by the public sector. Thus, the impact of well-intentioned policies may be constrained by weak implementation and enforcement, and other local realities.

Smart Policy for Women´s Economic Empowerment was hosted by EPoD in conjunction with IFMR-LEAD in India and the Nepal Administrative Staff College. Funding was provided by UK Aid from the UK Government, the International Growth Centre (IGC), and the Women and Public Policy Program (WAPPP) at Harvard Kennedy School.

Why do so few women in India work?