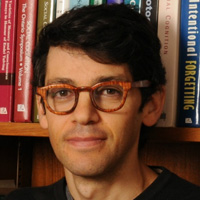 It is believed that transparency and free access to information can root out corruption and malfeasance in government. This article finds that the introduction of asset disclosure rules for candidates for political office in India in November 2003 led to weeding out of ‘bad’ politicians by encouraging exit from politics and increasing the likelihood of incumbents being re-elected.

“Sunlight,” Justice Louis Brandeis famously wrote, “is said to be the best of disinfectants.” It’s an alluring notion – that transparency and free access to information will root out corruption and malfeasance in government.

One mechanism by which transparency can have a cleansing impact in democratic regimes is by giving voters the information they need to eject dishonest or incompetent politicians. This includes information on the politicians themselves – it should raise suspicions if a politician, earning an official salary of a few thousand dollars a year, is discovered to be living in a million dollar mansion and driving a Mercedes.

This type of reasoning has led governments worldwide to require asset disclosures of candidates for political office at various levels (Djankov et al. 2010). By compelling politicians to reveal their wealth at re-election time, the public can assess whether they profited from holding office, and allow journalists and civil society organisations to better dig into where their wealth came from. As the leading anti-corruption organisation – Transparency International – put it, asset disclosures “allow civil society to hold leaders to account” (Transparency International, 2013).

In a recent study, my co-authors and I assess whether these high-minded ideas translated into genuine accountability amidst the hardball realities of Indian state-level politics (Fisman et al. 2017). Our analysis provides tentative support for the sunshine-as-disinfectant view of political accountability – exploiting the advent of asset disclosure rules in November 2003, we find that disclosures lead politicians to exit politics at higher rates. We also find that the incumbents that choose to stand for re-election are considerably more likely to be re-elected, consistent with disclosure requirements weeding out ‘bad’ politicians.

Studying the effects of electoral institutions is often difficult, because change happens for a reason, which can confound any change one subsequently observes. For example, governments that are serious about accountability will be more apt to introduce disclosure laws. So if we find that the passage of disclosure rules is associated with better accountability, it very plausibly reflects the changing priorities of government more broadly rather than the effect of disclosure in particular.

In our analysis we are able to sidestep this problem by focussing on state assembly elections in India, which take place at different times in different states. To illustrate, consider the two northern states of Himachal Pradesh and Rajasthan. Both held elections in 2003 but, owing to long-standing differences in their electoral cycles, voting in Himachal Pradesh took place in March, but not until November in Rajasthan. Since nationwide asset disclosure requirements went into effect in November, politicians in Rajasthan were forced to make disclosures while those in Himachal Pradesh were not. By comparing political outcomes in ‘just-before’ states like Himachal Pradesh to ‘just-after’ states like Rajasthan, we can measure the effects of disclosure as distinct from nationwide trends.

Based on this comparison, we find very little impact on the first election after disclosure laws went into effect. But in the second election, we observed a drop of about 15 percentage points in the fraction of incumbents standing for re-election. Why the lagged effect? A natural interpretation is that there is no stigma associated with wealth – rich businessmen like Michael Bloomberg or Donald Trump who get into politics are not implicated in corruption. But an individual who grows his wealth while in office raises more suspicions – how can one accumulate millions while earning a pittance as a public servant? Rather than reveal potentially suspicious earnings, incumbent politicians simply drop out. (Also consistent with this interpretation, we do not find any effect of disclosure laws on the willingness of runners-up – candidates who finished second in the previous election cycle – to run again the next time around. For such candidates, who spent an election cycle working in the private sector, there is no reason for voters to take a negative view of rapidly accumulated wealth.)

Our analysis also points to this political ‘self-selection’ effect leading to better candidates, at least in the eyes of the public. Prior to the implementation of disclosure laws, Indian voters tended to throw out incumbents at very high rates – in fact, in contrast to the ‘incumbency advantage’ that is observed in the US and many other countries, India’s politicians faced a sharp incumbency disadvantage. But incumbents’ handicap at the polls shrank – by some measures becoming virtually non-existent – when disclosure laws were in place. That is, if disclosure rules were leading some incumbents to leave politics, voters seemed to prefer the ones that were left behind.

While our findings suggest that Indian voters have benefitted from the greater accountability as a result of politicians’ asset disclosures, it’s far too soon to tell what the longer-term consequences will be, or whether these findings can be expected to generalise to other settings. Most obviously, as politicians grow accustomed to disclosure requirements, they may simply grow more adept at hiding their wealth. As revealed in the Panama Papers – a dump of information on offshore accounts handled by Panamanian law firm Mosseck Fonseca – politicians worldwide are already quite proficient at parking their wealth in hard-to-trace homes, businesses, and bank accounts abroad.

Or politicians may simply stop complying with disclosure requirements entirely. A collaboration between World Bank researchers and academics found that, while two-thirds of countries worldwide require politicians’ disclosures, in many cases they are not required to be made public, or the laws are ignored entirely. Accountability, therefore, requires more than just the use of disclosures by citizens in casting their ballots. Public pressure is necessary to force politicians to make disclosures in the first place.

This brings us back to the case of India. Politicians in Delhi did not demand their own disclosures, or those of legislators at the state level – they were forced into it by a Supreme Court ruling that was in turn the result of a case brought forward by the civil society organisation, the Association for Democratic Reforms. So yes, sunlight may be an effective disinfectant. But citizen action is required to make the sun shine.