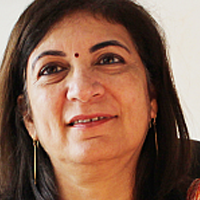 According to ASER 2019, children in grade 1 of government schools in India lag behind private school children in both language and numeracy skills. In this post, Wilima Wadhwa explains that children in government schools enter school in grade 1, not only with the usual disadvantages of coming from poorer backgrounds and having less educated parents, but also earlier than private school children and with a pre-school experience that does not prepare them for what the school curriculum expects from them.

This year, Annual Status of Education Report (ASER), 2019 looks at the 'Early Years' and focuses on a wider set of domains for 4- to 8-year-olds. Based on a sample of almost 37,000 children from 26 rural districts across 24 states, ASER 2019 gives a snapshot of the schooling or pre-schooling status of children in this age group. More importantly, it provides estimates for selected competencies that international research has identified as important predictors of future success: early language acquisition, pre-numeracy and numeracy skills, cognitive abilities, and social and emotional learning.

One of the big debates in early childhood education (ECE) is on children's 'school readiness'. In particular, does ECE provide children with the requisite skills to cope with school curriculum? There is a huge literature on the importance of certain cognitive abilities that develop in these early years which serve as building blocks of not only future academic competencies but also of lifelong learning. Many of these competencies are supposed to be developed during the years children spend in pre-school, so that they are 'ready' when they enter school in first grade.

In terms of what children learn in school, one of the big debates is on whether children in private schools perform better than those in government schools. This debate has typically focused on learning levels in school and what proportion of the differences can be attributed to 'home-related' factors and, therefore, what is the 'true' private school effect. In the Indian context, the consensus seems to be that a large proportion of the differences in the learning levels of children enrolled in private and government schools can be attributed to these 'home factors'.1 And, while the private school effect remains positive, even after controlling for the child's home environment, children's performance in private schools is nowhere near grade competency.

But when do these differences start to manifest themselves? Is it the case that children enter school (first grade) with similar 'school readiness' levels and the greater value added in private schools accumulates over time, or is the case that children who start first grade in private schools do so with a learning advantage? Let us look at the case of language first. According to the National Council of Educational Research and Training (NCERT) learning outcomes for grade 1, the children are supposed to be able to identify and read words and simple sentences (NCERT, 2017). According to ASER 2019, 21% children in grade 1 of government schools could read words as compared to 46.7% children in private schools – an advantage of 122%! How is this possible? Is this a fair comparison, or are we comparing apples with apples? The answer is clearly no.

Third, as stated earlier, ECE is supposed to prepare children for school. Children are supposed to be exposed to activities that build their cognitive abilities and early literacy and numeracy skills. For instance, the National Early Childhood Care and Education (NECCE) Curriculum Framework talks about developing skills related to sequential thinking, identifying patterns, observing, reasoning, and problem-solving at the pre-school stage. The pre-school learning outcomes laid out by the National Council of Educational Research and Training (NCERT), expect children to be able to tell a familiar story using pictures from a story book and use of listening skills. These cognitive and early language skills are highly correlated with the child's ability to acquire further language skills. Therefore, children who enter grade 1 better prepared with these skills are likely to perform better. For instance, among the cognitive tasks administered in ASER 2019 (seriation, pattern recognition, and puzzle), only 23.8% children in grade 1 in government schools could do all three tasks as compared to 43.1% in private schools.

Once we control for all these factors – age distribution in grade 1, home factors like affluence, mother's education, home learning environment, and some baseline abilities that children enter grade 1 with, we are left with a difference of only 35% compared to 122% that we started with. In other words, 71% of the difference in learning levels of language in grade 1, between government and private schools can be explained by factors other than the private school effect. But private schools still have a learning advantage – where is this coming from? Since we are talking about grade 1, this difference cannot be attributed to an accumulated effect of better teaching practices in private schools. It is not because some children come better prepared for school, since we have controlled for that, as well. Is there something else that some children are learning in pre-school that helps them perform better when they enter school?

Ideally, one would need a longitudinal dataset with repeated observation/assessment of the same child to disentangle these effects. However, even though ASER is not a longitudinal dataset, we can use evidence from other such studies and the ASER data to try to answer this question. ASER 2019 tells us the current enrolment status of a child – school, pre-school, etc. – but not what the child was doing in the previous year. This is especially the case when talking about the type of school. So for instance, ASER does not tell us what kind of a pre-school – government or private – a child who is in grade 1 of a government school today, attended in the past. But using evidence from the India Early Childhood Education Impact (IECEI) study, conducted in three states of Assam, Rajasthan, and Telangana, one can safely assume that children in government schools are more likely to come from government pre-schools, and those in private schools from private pre-schools (Kaul et al. 2017). In fact, one can go one step ahead and assume that the pre-school experience of grade 1 government school children has been mostly2 in an anganwadi (or childcare) centre.3

To summarise, children in government schools enter school in grade 1, not only with the usual disadvantages of coming from poorer backgrounds and having less educated parents, but also a pre-school experience that is not disposed to teaching school-based material at the pre-school stage. This is not necessarily a bad thing. However, even though the gap is much less as compared to the academic competencies, anganwadis also lag in other areas that should be focused on in pre-school, like cognitive skills.

This latter point, that the learning gap between government anganwadis and private pre-schools is far less in conceptual skills than in academic skills is much clearer when we look at numeracy skills of children in grade 1. According to the NCERT learning outcomes, children in grade 1 should be comfortable with single-digit operations – number recognition, addition, and subtraction – both numerically as well as conceptually in terms of being able to solve day-to-day problems related to addition and subtraction using numbers 1-9.

Let us take the case of single-digit addition. In the case of numerical addition, where children are asked to solve an addition problem, 71.3% children in grade 1 of private schools could do such a problem compared to 35.8% in government schools – a gap of 35.5 percentage points or almost 100%. Once we control for the age distribution in grade 1, their household characteristics, mother's education and what they are supposed to have learnt in pre-school (cognitive tasks and single-digit number recognition), this gap narrows to just 25% or 8.8 percentage points.

In the case of oral word problems where children are supposed to apply the concept of addition to solve problems couched as simple day-to-day tasks, the gap between government and private schools is narrower to start with and it narrows far more once we control for other factors. In private schools, 50.7% children in grade 1 could solve the oral word addition problem compared to 29.3% in government schools – an advantage of 21.4 percentage points or 73%. However, when we control for other factors that affect learning in grade 1, this gap almost disappears to just 3.1 percentage points or 10.6%.

So it seems that while children in private school have an advantage in numeracy as well, this advantage is mostly limited to the more mechanical operations rather than the day-to-day understanding of these operations. Why this is happening can be understood if we look at what children are being taught in pre-schools. Private pre-schools tend to emphasise academic school-based competencies in pre-school itself. For instance, 65.9% children in private pre-schools are already recognising numbers 1- 9 and 28.1% are already able to do numerical addition problems compared to 16% and 5.8% children in anganwadis. In fact, 31.3% children in private pre-schools can recognise double-digit numbers, a competency which they are only expected to learn in grade 1 – this number is only 2.9% in anganwadis. These findings are confirmed by the much more detailed IECEI study, that found "…at the time of school entry at age 5, most children's school readiness levels are far below expectations. From 'multi-tasked' Anganwadi Centres to 'demand-driven' private pre-schools, the quality of pre-school education is not developmentally appropriate for children."

India has a huge investment in its early childhood programme, administered through anganwadis under the Integrated Child Development Scheme (ICDS). It is the largest programme of its kind in the world with almost 1.2 million anganwadis across the country. The findings of ASER 2019 make a clear case for strengthening these Early Childhood Development centres so that they implement appropriate school readiness activities. A case can also be made for streamlining the curriculum at the pre-school stage so that all pre-schools focus on activities that build cognitive and early language and numeracy skills that aid further learning, rather than exposing our young children to rote-based and mechanical learning of competencies that they are supposed to learn when they enter school.

This piece first appeared in the Annual Status of Education Report, 2019.