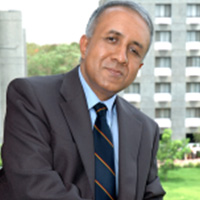 The delayed and partial release of data from the ‘Rapid Survey on Children’ by the Indian government has given rise to questions and speculation. In this article, former bureaucrat V. Ramani discusses the broader issue of the lack of suitable, public data on the social sector in India and the inability or unwillingness of the government to use existing data to monitor outcomes.

The release (that too only partially, with data at the state level not being officially published) of the Rapid Survey on Children (RSOC) carried out by the Government of India (GoI) and the United Nations Children’s Fund (UNICEF) has caused considerable disquiet in those working in the area of child health and nutrition. As with any report whose publication is delayed by the government, reasons have been ascribed. The Economist, in its editions of 27 June 2014 and 4 July 2014, has carried articles on this apparent reluctance of the Indian government to disclose data. One of the possible reasons adduced is the less than flattering performance of the Prime Minister’s home state of Gujarat, which he ruled for nearly 13 years before his move to New Delhi. In fact, as the Economist points out, data on child immunisation released by the Ministry of Health and Family Welfare (MoHFW) in October 2014 did not include figures for Gujarat. Even the July 2015 release of data by the Ministry of Women and Child Development (MWCD) gives figures only at an aggregated national level. The Economist, which has gained access to the RSOC report, has published state-wise data on various indicators of child nutrition, which show encouraging improvements over the numbers in the last published National Family Health Survey-3 (NFHS-3) conducted in 2005-06. Unfortunately, this good news has been buried under the controversy over the delay in releasing the Report. Sources in the GoI claim that the delay has been occasioned by the conflicting data from two different surveys launched at the same time by two ministries - MWCD and MoHFW. One finds this reasoning very difficult to digest. The MoHFW had no cause to commission a study on child nutrition indicators, a subject that falls squarely within the ambit of the MWCD. The MOHFW has already lost three precious years in bringing out NFHS-4, which means that there has been no authentic data to guide policymaking on child nutrition since 2005-06. In apparently getting in each other’s way, the two ministries seem to be not only confused about the ‘rules of business’ in government specifying which ministry should carry out what functions, but also seem to be uncoordinated in the area of child nutrition, where they should be operating in close harmony from Dilli to galli1.

Lack of public data on the social sector

This lack of critical data in the public domain in India is a malaise that has long affected the development of meaningful public policy initiatives in the social sector, especially in health and nutrition. Even where data exists, it is generally aggregated numbers, either at the state level or, at best, at the district level. Only one or two states2 provide disaggregated online monthly data on child nutrition outcomes. As any public policy practitioner will tell you, data at the sub-district (tehsil or block) and village or urban ward levels crucial for programme implementation, monitoring sectoral outcomes and enforcing accountability of the ‘street-level bureaucracy’ and their immediate supervisors. I have personally encountered frustration in trying to gain access to Integrated Child Development Services (ICDS) data, supposed to be sent online monthly by all states to the MWCD. I suspect that most states do not even bother to send monthly reports or, where they do send it after months of delay, it is no better than garbage. Since there is no analysis of this data at the national or state level, its authenticity is highly suspect. My requests for state-wise data (at the block level) have met with stony silence from successive bureaucrats in the MWCD in New Delhi. Even my reasoning that this is not data vital to the nation’s security or commercial interests and is, therefore, to be disseminated online as per Section 4 of the Right to Information (RTI) Act has not received a response. My earlier blog (The Gadfly Column: India, The Flailing State: 15 September 2014) has brought out the depressing experience of my colleagues in promoting the use of online tracking systems to monitor mother and child health and nutrition and provide timely public services. While frontline health and nutrition workers enthusiastically adopted the system, the obstructive attitudes of their supervisors and the lack of support at the higher levels of the health and nutrition bureaucracy prevented the widespread use of the tracking system. In any case, the emphasis is always on reporting based on inputs like personnel, financing and supplies rather than on the outcomes generated by the use of these inputs. In my experience in the nutrition sector in Maharashtra, I found that the only time when outcomes were monitored systematically was when the state set up a Nutrition Mission in 2005 to reduce child malnutrition.

Inability or unwillingness of government to use existing data

If governments (and the personnel manning them) are loath to set up data networks that monitor programme outcomes, they are equally reluctant to use information gathered by reputed private or non-profit organisations. A case in point is the Annual Status of Education Report (ASER) brought out annually by Pratham, a non-profit working in the area of primary education. The response of the education bureaucracy to the efforts of Pratham (through the ASER Reports) to improve learning outcomes in schools has been, to put it frankly, dismissive (this has been clearly brought out in the Note ‘Looking Back and Looking Ahead’ by Madhav Chavan in the 2014 ASER Report). I have personal experience of this in the education sector. Between 1998 and 2004, my colleague Sumit Mullick and I attempted to improve learning outcomes in 13 backward districts in the Vidarbha and Marathwada areas of Maharashtra through a rigorous monthly testing of basic language and arithmetic competencies in class I-VII students in government schools and school-wise monitoring of these monthly results. Its adoption throughout the state in 2005 spelt its death knell: faced with opposition from the education bureaucracy and the teachers’ unions, the programme was swiftly wound up, including in the areas where it was originally started.

The inability (or unwillingness) of governments to use even data that is generated by the decennial Census of India is illustrated by the Total Sanitation Campaign, promoted by the GoI and implemented in all states of India since 1999. This has obviously had its adverse impact on effective programme implementation and realisation of the outcome of reducing open defecation. Comparative data on the percentage of household toilets in tehsils in India as of 2001 and 2011 shows that apart from coastal areas, parts of north and most of northeast India and some urban pockets, there has been very little progress in of toilets under a programme that enjoyed high visibility. I am willing to hazard a guess that the reason probably lies in the lack of use of available data. Disaggregating data on available toilets down to and urban ward level would have enabled focus on specific areas lacking in amenities and the reasons for non-adoption of toilets — these might be on account of behavioural reasons related to location or use of toilets or due to lack of awareness or of funds. In the absence of a clear understanding of the reasons for continued open defecation (which poses one of India’s greatest public health challenges), the government machinery probably focused just on inputs without any monitoring of the outcome, which should have been the percentage reduction in open defecation.

Analysis of disaggregated data on outcomes should inform policy decisions

What all these examples highlight is the failure to measure outcomes right down to the sub-district and village/ urban ward levels and to monitor and demand accountability at the implementation level. The present government at the centre has laid stress on outcomes — given the business-as-usual approach of government structures at all levels, it would not be surprising if this strategy is given short shrift over the course of time. The critical requirement is the availability of disaggregated data and its use of by policymakers and supervisors of programmes at the central, state and local levels. In the last one year of this government, I do not see any such urgency on data use informing the actions of government departments even in New Delhi. The less said about the states and districts, the better (or should I say, worse?). Till India’s administrators learn to be comfortable with numbers and use them as tools for devising solutions to problems, we will continue to muddle through, maintaining our three-digit position in the country-wise Human Development Index, way behind all our BRICS (Brazil, Russia, India, China, and South Africa) partners.

A version of this article has appeared on the author’s personal blog – The Gadfly Column.