A comparison of automobile industries in India and China 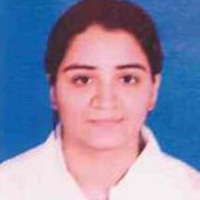 The automobile sector in both India and China developed due to waves of investment in these countries since the late 1980s. This column discusses how India’s automobile sector has grown differently from that of other developing countries, especially China. In contrast to China, India has relied much more heavily on domestically-grown lead firms and has hence, benefitted at a slower pace from global best practices.

India is the second fastest growing market for automobile and auto-components in the world after China. The automobile sector in India and China developed due to waves of investment in these countries since the late 1980s. The development of the automobile industry in India has been different from that of other countries like Mexico and China (Ray and Miglani 2016).

In the case of India and China, the transfer of good working practices was driven by the arrival of international car makers, often operating as joint ventures with local partners. Based on a survey of six auto-component suppliers in India and nine in China, Sutton (2004) examines the degree of development of the local supply chain in each country. From the early 1990s onwards, multinational companies (MNCs) entered both markets and in each case were required to achieve a high level of domestic content. Domestic content rules typically require foreign investors to source a minimum amount of goods and labour from the local market. This led to switching from imported components to sourcing from local vendors, which led to the establishment of Tier 1 suppliers of international standards. The role of the ‘lead firms’ was critical to this process and determined the extent to which local capability developed. Lead firms are typically medium or large firms with forward and/or backwards commercial linkages, endowed with a specific set of technical and/or infrastructure competencies – they manage or govern high-value global supply chains. 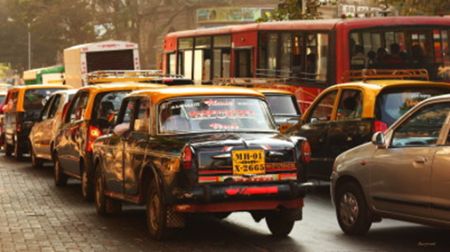 What is the nature of exports in automobiles from these two countries? According to Amighini et al. (2012), China a net importer of cars, is acting as a supplier of parts to leading world producers, whereas India, a net exporter of cars, is dependent on foreign (imported) parts for its final production. Based on our calculations from United Nations (UN) Comtrade, India’s exports of intermediates have come down from 58% to 45% (as a share of automobile exports) in the period 2006-2015. In the same period, Chinese exports of intermediates have come down marginally from 93% to 91%. Indian imports are dominated by intermediates with share of 88% in total automobile imports in 2006 and which has gone up to 95% in 2015. The share of intermediates in China’s imports was 57% in 2006 and has declined to 36% in 2015.

Auto components can be divided into three major categories according to Sutton (2004). Group 1 comprises cylinder head and cylinder block, and is usually made in-house. Group 2 consists of parts that are often outsourced. Group 3 consists of parts that are normally outsourced. China’s automobile intermediate exports in 2015 were dominated by the category ‘other motor vehicle parts’, which includes new pneumatic tyres and brakes and servo brakes. India’s exports in 2015 were in categories ‘other motor vehicle parts’, chassis fitted with engine, gear boxes and parts thereof. In terms of Sutton’s classification, India is exporting more items from Group 2 while China seems to be exporting more from Group 3. Even in terms of auto parts, the two countries are specialising in different products, reflecting different competencies.

How India and China differ

India is emerging as a major sourcing destination for engine and engine components (Edelweiss 2014). Suppliers in Rajkot are known to supply engine auto parts to German car makers like Mercedes, BMW and Audi. The region specialises in castings and forgings, apart from precision machined parts. Also, players like Solapur-based Precision Camshafts supplies camshafts to Porsche, Ford and GM’s manufacturing destinations in Europe, Korea and Brazil. Ring Plus Aqua supplies flywheel ring gears to Fiat and Mitsubishi.

The two countries are supplying to different destinations. China’s exports are concentrated in the Russian Federation and Ukraine. While India sells only a portion of its exports to developing countries, the majority of the exports go to Western Europe and the US (Amighini 2012).

In terms of intermediate products, China supplies to Japanese and Korean manufacturers and is quite integrated in the Asian regional value chain. India on the other hand, does not supply to any of the Asian countries, barring South Korea.

Imports by China are in categories gear boxes and parts thereof, ‘other motor vehicle parts’, and safety belts of motor vehicles. India’s imports are in ‘other motor vehicle parts’ and gear boxes and parts thereof. Why do these countries seem to be exporting and importing parts belonging to the same category of the HS1 classification? Amighini (2012) point out that China and India import parts from leading producers worldwide and then have them assembled both for the domestic market and for export.

The imports to China and India also come from different countries: traditionally US, Japan and Germany have supplied more than 82% of total imports of parts to India in the mid-1980s. However, now South Korea has become the largest parts supplier to India, as a direct consequence of the operations of Hyundai. After South Korea, China has also become a major supplier of parts to India.

The Indian automobile sector has grown differently from that of other developing countries, especially China. In contrast to China, India has relied more on home-grown lead firms to propel its industry. A disadvantage of this approach is that the absorption of global best practices has been slow. Also, Indian suppliers have been lagging Chinese suppliers in both productivity and quality. India has the potential to become the export hub for automotive components especially in terms of aluminium, steel, cast iron and rubber intensive parts. It is at a disadvantage in electronics and plastic-intensive parts. Research for new product development is lagging behind in India but will become critical for India to maintain its low cost advantage.