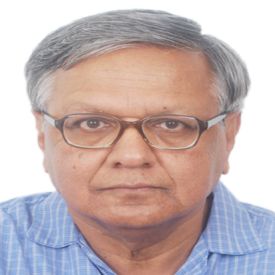 The Atmanirbhar Bharat (self-reliant India) policy was announced by the central government, along with the economic package, as a response to the crisis triggered by the Covid-19 pandemic. In this post, Partha Sen discusses the role of foreign trade and capital flows in India’s growth performance. He contends that India can create foreign demand for its products by putting a lid on capital flows, and following a suitable exchange rate policy.

Since the Covid-19 pandemic hit India, we have witnessed a two-way migration of labour – first from the urban areas to the villages, and then back to the urban areas. Any observer would be led to conclude that the quality of the jobs held by the migrants in urban areas was so poor that they could not afford to be in the cities for the length of time that the lockdown was expected to be in place; and having gone back to their villages, it was clear that agriculture was not an option either. For the relatively uneducated worker, neither agriculture nor casual urban employment could provide jobs that would enable them to meet their basic needs.

Around this time, the Government of India came forward with a policy called ‘Atmanirbhar Bharat’ or self-reliant India. Jump-starting the process of industrialisation is exactly what is needed to provide jobs for India's labour force. As things stand, this new ‘initiative’ is just a wish list of policies. The implications of what this policy shift entails is far from clear. A reading of the policies that it encompasses seems to suggest it is a knee-jerk reaction to a number of events, for example, Covid-19, the standoff in Ladakh – and pushing ‘reform’ using the pandemic as a smokescreen. We love the word ‘holistic’ and this policy satisfies that description!

Some commentators have been quick to criticise this initiative. In particular, two prominent Indian macroeconomists, Shoumitro Chatterjee and Arvind Subramanian accuse the new policy of reverting to an inward-looking industrialisation strategy, as opposed to the present outward orientation of trade and industry – the policy regime brought in by then Finance Minister Manmohan Singh in 1991. They argue that this is going back to the days of import substitution, and, thus, implies a total neglect of exports. The authors first review the impressive performance of India’s exports since the early 1990s. They then proceed to show that the exports are a major source of economic growth. Having shown the resilience of exports of goods and services in the face of adversity, they then claim that Indian growth in the last three decades has been export-led. Second, they point out, rightly in my opinion, in fighting Covid-19, there is very limited fiscal space (albeit not as limited the Central government would have us believe). I believe their emphasis on India’s growth being export-led is erroneous. It is one thing to point out, as they do, that the growth of exports has been very robust, and quite another to jump to the conclusion that exports led the growth of India’s GDP (gross domestic product) or GNP (gross national product). A necessary condition for the latter to have happened would be India running current account (of the balance of payments) surpluses. In the post-liberalisation period, the Indian economy has mostly run current account deficits (in 27 years out of 30), and, hence, it cannot be said that the Indian economy has used export markets to grow. The current account of the balance of payments can be defined either as GNP minus total expenditure by all domestic units, or exports minus imports plus net invisibles.1 A deficit means the domestic expenditure is greater than income. If domestic expenditure is indeed the source of growth, as income increases, subsequent rounds of expenditure will (partially) fall on foreign goods and hence the trade balance worsens. Hence a part of the increased demand ‘leaks’ abroad.

Let me now turn to Atmanirbhar Bharat, and India’s external sector as part of this growth strategy. In particular, we must revisit the causes of the poor performance of labour-intensive exports from India. The accepted wisdom is that there are rigidities in the labour market, bureaucratic rules, excessive environmental regulation, and a lack of adequate infrastructure. Following this analysis, the government is trying to simplify (or dismantle) the existing labour laws and environmental regulations. It is worth noting that India is not alone in trying th1is, for example, Indonesia is also following a similar tack.

What is missing in this list is the (white?) elephant in the room – international capital flows. When Manmohan Singh opened up the economy, he not only liberalised exports and imports, but also removed controls on capital flows (keeping some restrictions in place, for example, on debt inflows – even these have been liberalised over time). What does an open capital account have to do with the poor performance of India’s exports? The answer is that capital inflows lead to an appreciation of the (real) exchange rate, and that makes domestic production less competitive compared to imports. This is known in the literature as the “Dutch Disease”. The term dates back to the 1970s, when oil prices went through the roof, and the Netherlands saw a surge of capital inflows because it was an oil exporter. The capital flows appreciated the Dutch currency – the Guilder – and made Dutch industrial goods uncompetitive. Capital inflows everywhere cause a boom in the stock market, property prices, and so on, and reduce the competitiveness of domestic goods. Some capital flows are necessary for a developing country to be able to export successfully, but a carte blanche to portfolio flows is unwarranted.

It never ceases to amaze me how little the appreciated exchange rate channel is discussed in Indian policy circles. Among the rich, there is now a vested interest in preventing a currency depreciation – their children study abroad, they go for exotic holidays abroad, they even acquire/invest foreign companies. But look at the infanticide of (or even killing off the unborn) Indian industry. The oft-quoted example is that of statues of the Hindu God Ganesha being imported from China. These were once made in India, so labour laws, or environmental issues are not relevant. Importing from China uses the creaky Indian infrastructure, so the lack of robust infrastructure is also not relevant. The only explanation we are left with is that the exchange rate is ‘wrong’. In recent years import tariff rates have been going up (as documented by Chatterjee and Subramanian). The government can feel pleased about giving protection to Indian industries. One must, however, recognise that the real appreciation generated by capital flows can wipe off reasonable tariff protection with ease.

If, as various commentators have suggested, Atmanirbhar Bharat is going to be basically an import substitution strategy, then its potential for generating long-term growth is limited. As in the example of Ganesh statues, this policy requires no boost to the infrastructure. Import tariffs or a depreciated real exchange rate will do the needful. India has run trade balance deficits that were sometimes 8% of GDP, so some of that demand can indeed be clawed back for domestic goods. These are what nowadays referred to as low-hanging fruit. An export-led growth strategy requires more thought and planning. In the global trade environment that we see today, there must be a conscious attempt at integrating with international supply chains. This used to be referred to as the ‘beach head effect’. Where the beach head has been established, a depreciation is enough to generate increased exports, for example, with successive episodes of depreciation, India’s IT exports go up. These depreciation episodes do not generate demand for the labour-intensive exports because the beach head has not been created. And the unbridled capital inflows that cause a real appreciation kill-off any potential interest in establishing this prerequisite for sustained export growth.

A related point concerns India’s ever-expanding foreign exchange reserves. In particular one has to wonder why as the world is struggling with Covid-19, the stock market is booming and the RBI's (Reserve Bank of India) stock of foreign exchange going up. Is it possible that the pandemic is having some unexpected positive consequences for India? The answer is that there is so much liquidity sloshing around in the world, and India with its high interest rate, together with an open capital account acts as a magnet for this. This phenomenon is described as ‘exchange market pressure’. The RBI can respond to this by either letting the rupee appreciate or accumulating foreign exchange. The excess liquidity is converted into Indian rupees. This may cause inflation, and therefore the RBI typically ‘sterilises’ the money supply by buying back (some of) the rupees that it had injected, through the sale of government bonds. The net result is a rise in the foreign exchange reserves of the RBI matched by a reduced holding of government bonds. This operation entails costs because the foreign assets give very low returns, compared to what is paid on domestic government bonds. It is worth noting that all of India's foreign exchange reserves are acquired this way, that is, through intervention. If capital flows were to reverse themselves, the foreign exchange reserves would also disappear. Contrast this with China or Singapore, where reserves have been acquired through current account surpluses, that is, by keeping expenditure below GNP. An implication of this is that India can use these reserves to stimulate demand in the economy only at its peril.

Thus, creating foreign demand for Indian industry requires putting a lid on capital flows. These are uncertain times for the world economy, and a protectionist sentiment is pervasive. India can create some demand for its products by following a suitable exchange rate policy. Given that demand – in the foreseeable future – is going to be limited from the domestic sectors (household, firms, and the government), tapping external markets with a sensible policy is worth a try. Otherwise ‘Aatmanirbhar Bharat’ will join the ranks of other catchy slogans that did not translate into anything substantive.

Hello Mr Patha Sen. Loved this article of your's on Aatmanirbhar Bharat. I have a query related to your following recommendation: "India can create some demand for its products by following a suitable exchange rate policy". If India allows its currency to depreciate to boost the country's exports then won't it adversely affect our debt position? Nearly half of the Indian debt is in $ (US). INR depreciation means more debt in INR terms. 40% of the government expenditure as per the latest budget is only on servicing the debt interest. INR depreciation will only make this situation worse. And, we import fuel in USD $ only. Our expenses will increase on this front as well. Petrol prices which are currently very near to Rs 100, can go even further. And in case if the government reduces its export duties on fuel, then also their revenue will be badly affected. Would love to hear your POV on this.