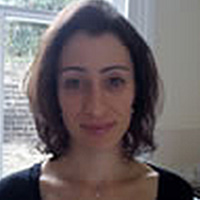 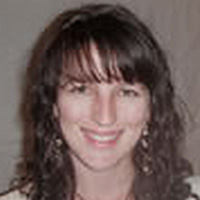 Are poor management practices holding back middle-income countries? This column looks at the evidence for private firms and public organisations in manufacturing, retail, healthcare and education in India. The findings suggest that there is a large share of badly managed firms that brings down the average quality of Indian businesses. While some Indian firms are at par with the best in the world, diffusion of best practices has not taken place yet.


For years, economists have documented surprising differences in the productivity performance of firms, even among those operating in the same narrow sector (Syverson 2004, Hsieh and Klenow 2009). One factor that may help to explain these differences is the quality of management practices, something that has been systematically measured since 2001 by the World Management Survey (WMS)1, run by the Centre for Economic Performance (CEP) at the London School of Economics. WMS has now collected data on over 7,500 manufacturing firms, nearly 900 retail firms, 1,700 hospitals and 1,400 schools across middle- and high-income countries2.

The data show that firms in middle-income countries have much worse management practices, on average, than firms in high-income countries (see Figure 1). This seems to be due to a large share of badly managed firms co-existing with firms with world-class management. Indeed, 63% of the variation in management practices in the manufacturing sector can be attributed to variation within countries, while only 21% can be attributed to variation across countries. This suggests that bad management could be an important factor behind the lower levels of productivity and development of many countries. 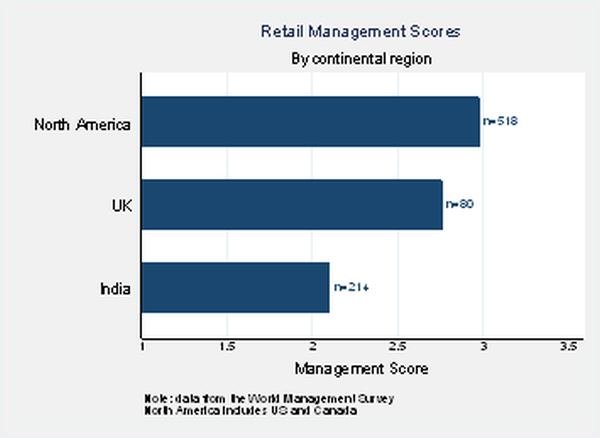 Management practices across sectors in India

In the manufacturing sector, the low average score is due to a large share of badly managed firms, which is small or non-existent in the countries with the highest average management scores. In other words, while there are several firms in India that have implemented top-notch management practices (the average score for the top 25% of manufacturing firms in India is 3.5), when comparing the distribution of management scores for firms in India and the US (the country with the highest average), there are very few badly managed firms in the US sample. In fact, the percentage of firms with very little or no modern practices implemented (below two on our management measure) in the US is 2%, while it is 25% for Indian firms.

Figure 2a. Management practice scores in hospitals, by region 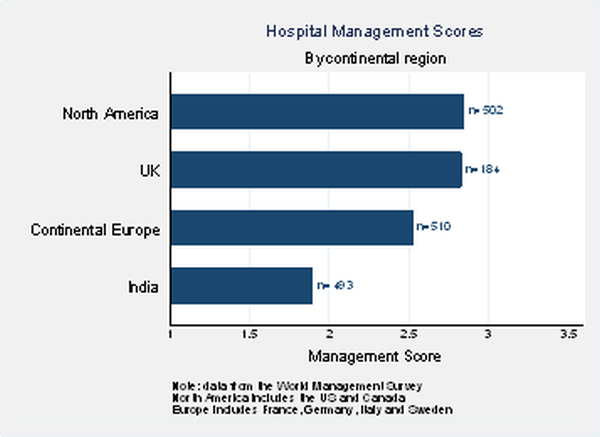 Figure 2b. Country management practice scores in schools, by continent 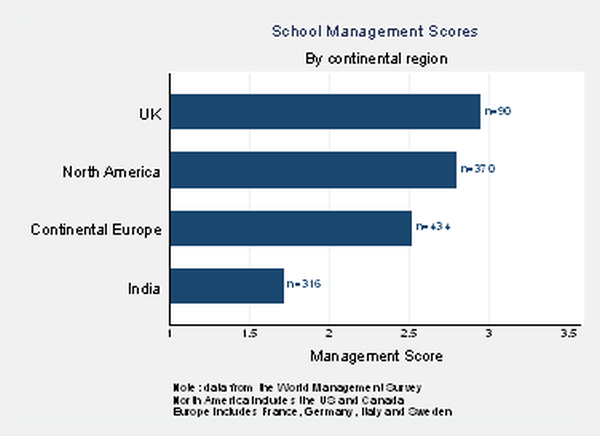 This again suggests that while it is possible to implement best practices across these establishments in India, as evidenced by the few very well managed ones, these practices are not being diffused widely. In fact, the top 10% of Indian hospitals are better managed than 19% of US hospitals and 31% of UK hospitals. In retail, the top 10% of the Indian stores are better managed than 40% of US stores and 57% of UK stores. But in education, only 8% of US schools and 1% of UK schools are less well managed than the best 10% of Indian schools.

What do these large shares of badly managed organisations mean in terms of real practices? After listening to the interviews, a few anecdotes stuck with us. In the retail sector, we heard stories of managers who still counted their inventory by hand and never organised their stock room. One manager reported incurring frequent losses from damaged goods left in stocking-carts in the store’s aisles, as people sometimes bumped into them and the items dropped to the floor. This happened often because every day there were times when they had a surge of customers, leaving his staff running around to give them all the excellent customer service for which the store is known.

If this manager implemented better scheduling and stocking practices, it is easy to see how there could be an improvement in the store’s performance. If the manager adopted a better organisation system of his stock room, he could avoid the over- or under-stocking of items as they are sold, as well as having to leave part of the stock on the shop floor. And better scheduling of his employees based on the hourly foot traffic of the store would reduce stress on the staff while perhaps even improving the customer service he values so highly.

There are similar examples in education and healthcare. Managers in many hospitals noted the bad layout of patient pathways. We listened to tales of patients being moved from the emergency room across the parking lot to reach other areas of the hospital, and of doctors and nurses transporting patients since no other staff were available for the job. We also heard of the frustration of long waits for incoming patients while recently vacated rooms were being cleaned and prepared. Once, we even spoke to a patient who ended up answering our call since the receptionist was nowhere to be found. As with retail stores, it is clear that a study of the patient flow – to schedule arrivals and discharges more effectively – could help hospitals with their waiting times.

In education, many head teachers told us that there was no way to track pupils across grades, as the teachers did not talk about the pupils in a systematic manner or share class results from previous years. They also described teaching practices focused solely on preparing the pupils for passing their end of year exams. Implementing a system to keep track of pupils across grades with regular teacher meetings could also help identify problem pupils early on, raising the chances of improving their learning. Instead of doing observation rounds, some head teachers monitored their teachers through a few closed-circuit television cameras installed in the classrooms, which transmitted video but no audio.

In the manufacturing sector, we have some experimental evidence showing that lower quality management is constraining firms’ productivity but that both can be improved. A field experiment with large, multi-plant textiles firms in India found that adopting modern management practices raised productivity by 17% on average in the first year; after three years, it had led to firms expanding through more plant openings. So it is clear that better management practices can be adopted in Indian firms and can lead to significant improvements in performance.

Alongside the examples of badly managed establishments, there are also some shining stars comparable to the top stores, schools and hospitals in the US and the UK. Stores that are part of multinational chains often followed many of the same practices their US counterparts did. For example, we interviewed some managers who detailed their problem documentation process to ensure that there were no recurrent mistakes in shop floor organisation, and many even had fully performance-based pay schemes.

We also visited a Mumbai hospital and were thoroughly impressed by their management practices. The manager systematically tracked a wide set of indicators across a balanced set of categories (such as quality, financial, safety and human resources), and used these to evaluate employees and set pay. The hospital even had a medicine delivery tube connecting the pharmacy on the ground floor to all other floors – something that we have only seen in the top hospitals in the US and Europe.

Finally, we visited a school that had implemented many best practices including posting class and pupil results on public boards, as well as creating standardised lesson plans so all classes at the same grade level are receiving consistent education.

Lack of diffusion of best practices

If it is clearly possible to implement ‘best practice’ management in these establishments, why are these practices not adopted more widely? It seems that ‘informational barriers’ as well as constraints on the efficient reallocation of resources are the most likely culprits. We asked managers to evaluate the quality of management practices in the rest of the organisation (excluding themselves), and later compared their scores with ours. The gap is astounding. There is a striking pattern of Indian managers significantly over-scoring the quality of management of their establishments across all sectors. This is a key point for policy as it is unlikely that managers – or stakeholders in general – will push for change if they believe that their practices are good enough already.

The evidence also points to a significant gap in the understanding of what constitutes best practice and how to implement it properly. An important question for further research is what drives this information asymmetry: would changing people’s perceptions and informing them of their shortcomings lead to immediate implementation of best practices – or are there deeper structural issues (such as lack of education, specialised training, or infrastructure) that would prevent managers from implementing the practices, even if they knew about them? What are the patterns of information diffusion and knowledge spill-overs that lead best practices to reach only a few establishments?

Many of these changes in management practices require relatively little capital investment and can yield significant improvements in productivity. In the context of tight capital markets, cash-strapped governments and a generally harsh economic climate, improvements in organisational capacity and management could be a way to drive future productivity growth.

A version of this column has appeared in CentrePiece magazine, published by the Centre for Economic Performance, London School of Economics.