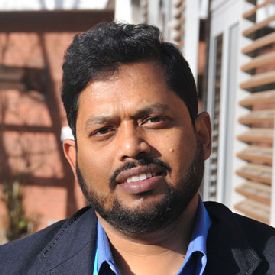 Based on household survey data from West Bengal, this column analyses the impact of MNREGA on economic outcomes of participating households. It finds that the ‘local’, ‘guaranteed’ and ‘government-related’ nature of MNREGA work helps improve credibility of workers with potential lenders such as grocery store owners, if they participate in the programme in a sustained manner. Access to informal credit helps improve consumption.

Over the last decade, India has experienced impressive growth, falling only behind China. However, India has had a high incidence of poverty over this period (68.7% Indians live on less than $2/ day at purchasing power parity (PPP) (World Bank estimates 2012). More than 60% of India’s population is non-working (Census of India 2011), and the working population is predominantly engaged in agriculture, which contributes less than 15% to the Gross Domestic Product (GDP). Various attempts have been made by the government to respond to the jobless nature of India’s growth. Under the 11th Five Year Plan (2007-2011), the government has focused mainly on ‘inclusive growth’. To deliver on this promise, the government implemented the Mahatma Gandhi National Rural Employment Guarantee Act (MNREGA) in 2006. Its objective is to enhance livelihood security by providing at least 100 days of employment per year to every household that demands unskilled manual work. The long-term goals are to address chronic poverty by creating durable infrastructure, and empowering the poor by making employment a right.

I, along with my co-author Katsushi Imai, test whether working in MNREGA programmes has any effect on the household’s economic outcomes such as consumption, income and informal credit worthiness, using three rounds (2009, 2010 and 2012) of household panel data from the state of West Bengal (Dey and Imai 2014). The sample includes 500 households from 49 villages spread over 13 Gram Panchayats in Birbhum district of West Bengal. The study contributes to the nascent empirical literature on the impact of employment guarantee schemes in low-income countries, and particularly to the thin body of systematic studies (Ravi and Englar 2009, Liu and Deininger 2011) on MNREGA’s household-level impact.

MNREGA, by design, is an indirect income transfer programme where income is transferred against hard unskilled manual labour. It is a self-selected universal programme in which the target households choose themselves to participate. Given the near absence of other viable livelihood options, poor households should have a genuine incentive to participate in the programme. On the other hand, the ‘non-poor’ will not have an incentive to engage in such hard manual work. Such an incentive compatibility argument of workfare programmes has been discussed by Besley and Coate (1992). So, we can expect that people who are participating in MNREGA are essentially poor households who have an incentive to undertake hard physical labour even at minimum wage rates.

Further, it would not be irrational to assume that these participating households do not have any significant assets that they can use as collateral for obtaining loan or credit. In the absence of steady livelihood options, these households often try to purchase items of day-to-day household consumption (both food and non-food) on credit from the local grocery store. They also seek to obtain small loans from friends, relatives and neighbours for daily subsistence needs and petty transactions of necessity. However, they cannot signal themselves as potentially good borrowers who could eventually repay even that small credit/ loan to the potential lender (grocery shop owner or non-poor friends, relatives and neighbours). Moreover, in this setting, the potential lender does not have proper information about the income of borrowing households, which could be used at the time of repayment. Hence, under these conditions, credit/ loan options get restricted and poor households face consumption shocks, especially in lean periods1.

How can these poor households get out of this credit constraint and loan size restriction situation, and what role can MNREGA play? In other words, can MNREGA reduce the information asymmetry between lenders and borrowers? Can MREGA employment serve as a proxy for collateral and portray workers as good borrowers? In the absence of MNREGA, these households had the sporadic option of different low paid informal jobs within or outside their vicinity. These irregular options of jobs were not visible or observed by their potential lenders. With MNREGA, poor households can get guaranteed jobs within their vicinity. Moreover, such guaranteed jobs are perceived to be associated with the government as the local government/ Gram Panchayat is the implementing agency. Also, the poor household has to ensure that they participate in the programme in a sustained way so that they can give a signal to potential lenders that they have a steady and guaranteed source of livelihood. Thus, the ‘guaranteed’, ‘locally available’, and ‘government’ nature of MNREGA work can enhance credit worthiness of the poor participating households by mitigating problems of collateral and information asymmetry. In a wider sense, we can say that steady direct/ indirect income transfer programmes such as Employment Guarantee Schemes (EGS), Conditional Cash Transfers, Microfinance etc. not only transfer money to the poor but also improve their credit worthiness (Becchetti and Conzo 2011, Urdinola and Monila 2008, Saraswat 2011). Likewise, MNREGA can not only transfers income in the current period but also enhances credit worthiness of the poor participating household over future periods through their sustained participation in the programme.

Assessing the impact of MNREGA on household economic outcomes

To assess the impact of MNREGA on household economic outcomes, one would need to compare the effect of the programme on participants vis-à-vis non-participants. But such comparison is problematic for a number of reasons. First, participation in MNREGA is not random. Individual members of poor households choose whether or not to seek work under MNREGA. Hence, it is the poorer households that will have stronger incentives to participate in the programme. So, to begin with, the number of days of MNREGA participation is linked to household income and consumption, and we are attempting to evaluate the impact of MNREGA participation on these economic outcomes. We need special attention in selecting households for whom the programme’s effects will be evaluated.

In Figure 1 we depict the possible categories of households in the context of MNREGA.

Figure 1. Possible categories of households (HH) in the context of MNREGA2

In the context of MNREGA, Category 5 households are ‘Participants’ and Categories 2 and 4 comprise ‘Voluntary non-participants’. Category 6 comprises ‘Involuntary non-participants’ as they wanted to participate in the programme but did not end up getting a job. From programme evaluation perspective, Categories 5 and 6 are similar in terms of household’s characteristics – the only difference is that Category 5 got employment under MNREGA and Category 6 did not get employment under MNREGA. Hence, to assess the impact of MNREGA, we can compare outcomes for these two categories.

Source: Primary survey undertaken by author in West Bengal (2009-2012).
Note: Here, ‘n’ shows only the number of MNREGA participants in each year from the whole set of 500 households in each year.

From this table, we can see that the average days of participation in MNREGA within participating households is increasing over time. The average was 24.46 days per year in 2009, and it rose to 37.52 days in 2012. However, it is still nowhere near the statutory provision of 100 days per year per household. At the national level, the average days of participation per year was 50 days during 2009-20123. Hence, our surveyed region is laggard in terms of days of employment creation through MNREGA when compared against the all India figure, and especially against the statutory provision of 100 days.

Although the average days of the MNREGA participation was relatively low in the surveyed area, but in terms of access, the programme was not captured largely by the non-poor. Figure 2 shows MNREGA participation days are lower for higher monthly per-capita consumption expenditure and land holding class. Hence, targeting incidence of MNREGA in the surveyed region is largely in line with the programme’s underlying objective of targeting the poor through self-selection.

Figure 3. Effect of an extra day of MNREGA work on economic outcomes4

These results support the theoretical arguments that even a poor household characterised with low or nil assets (that may serve as collateral to obtain credit/ loan) can give a signal to potential lenders that their sustained and continuous MNREGA participation can ensure repayment. Hence, the participating household can smooth out consumption and tackle consumption poverty. This suggests that MNREGA participation may have significant positive effects on consumption and income of participating households, if they work in MNREGA for a considerable number of days over the years instead of just joining and quitting.