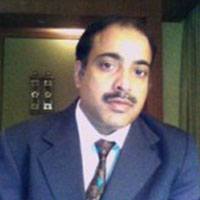 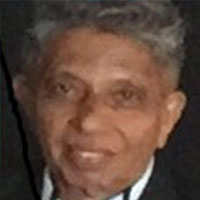 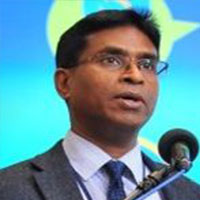 Despite improvements to energy supply over the years, many Indian states still face frequent power shortages. Meanwhile, neighbouring countries such as Nepal and Bhutan have large reserves of untapped hydropower with the potential to meet demand for energy in major load centres. Investing in interconnections could also contribute to significant reductions in carbon emissions. This column quantifies potential gains from an integrated South Asian power.

The benefits of interconnection between any two power systems – be it cross-border or national – is well known. At the simplest level, an interconnection allows cheaper surplus generation from one system to supplant more expensive generation in the other. The two systems require less overall capacity since they can now ‘rely on each other’ supply. Depending on (carbon and other) emissions intensity – interconnections may also reduce overall emissions. Despite the potential, these principles have not yet been widely applied.

A regional power market has however been envisioned by the South Asian Association for Regional Cooperation (SAARC). Nepal and Bhutan have over 100 (GW) of largely untapped hydropower potential and are located very near major load centres in India, Bangladesh and Pakistan that are struggling to keep the lights on.

Following the Regional Energy Trade Study (SRETS) published by SAARC in 2010, the Asian Development Bank (ADB) undertook one of the first rigorous techno-economic analyses to examine the benefits of cross-border power interconnections in South Asia. The study quantifies economic and reliability gains associated with six of the near-term cross-border interconnection candidates India, Bangladesh, Nepal, Bhutan, Pakistan, Sri Lanka and Afghanistan/Central Asia. In the remainder of this column, we outline the key findings of this cost-benefit analysis (Chattopadhyay, Wijayatunga and Fernando 2015).

Benefit-to-cost ratios, even for the most expensive interconnections, are promisingly high

The (gross) benefits of the six interconnections calculated for 2016-17 are extremely promising, as illustrated by Table 1 below.

Even expensive interconnections such as the one between Sri Lanka and India, which requires a submarine cable, still produce a benefit-to-cost ratio of 3.71. Most of the other interconnections being explored require comparatively lower investments due to shorter distances and the use of overhead transmission lines, as such, their benefit-to-cost ratios are also relatively higher. The India-Bhutan interconnection is expected to deliver 15,000 gigawatt-hour (GWh) of per year (at full capacity) for a relatively low investment of US$140-160 million. The cost of which could be recovered in as little as six months based on an estimated US$350 million of savings from fuel costs alone! 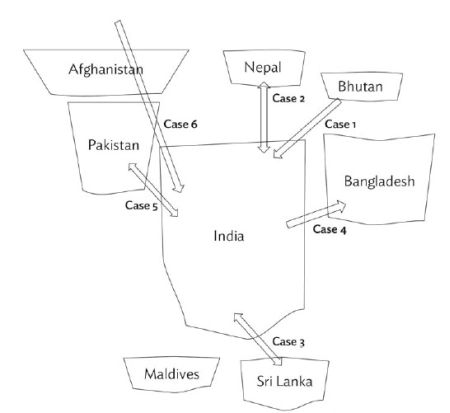 Although the energy supply situation in India has vastly improved over the last decade, several of the states continue to face both capacity and energy shortages. If we consider the case of the India-Bhutan interconnection, power sharing has the potential to sharply reduce the amount of electricity demand that currently goes unmet (primarily on the Indian side). Valued at US$555 per megawatt-hour (MWh)2, another US$1.5 billion would be added in annual benefits from approximately 3,000 GWh, or 20% of the electricity transfers that could be used to meet unserved energy demand.

India also faces a shortage of coal and gas; more importantly, there is a yawning gap between demand and supply of these resources which is expected to emerge over the coming years. Interconnections with regional neighbours would form a formidable part of the solution to further improve the Indian power system, particularly with respect to reliability. Importing hydropower from Bhutan and Nepal would tremendously help India preserve its coal/gas reserves.

Economic savings potential also exists for power trading among predominantly thermal systems like India–Bangladesh and India-Pakistan. Primary energy resources and power generation capacity and efficiency are much more limited in Bangladesh and Pakistan, which forces these systems to rely significantly on expensive oil-based power or face major power cuts. The India-Bangladesh High Voltage Direct Current (HVDC) link that went in October 2013 demonstrates this point with over 90% utilisation of the link over the last two years, and an estimated savings of Taka 40 billion per year (or US$500 million approx.) (Shahi 2014).

Regional power-sharing may contribute to significant reductions in carbon emissions

In addition to economic gains and improved energy reliability, interconnections would also help reduce carbon dioxide (CO2) emissions. For India in particular, older, less efficient coal plants have an average emission intensity of 1,350 of CO2 per GWh. Looking just at the value of hydropower that could be transferred from Bhutan to India, CO2 emissions could be reduced by 10 million tonnes per year by 2016-17, and as much as 40 million tonnes, by 2020-21 (Shahi 2014). The collective fuel cost savings (from all six interconnection cases) is close to US$300 million and the corresponding reduction in annual CO2 emissions in India from reduced reliance on coal-based generation would be over 13 million tonnes. The fuel cost savings of importing 40,000 GWh of hydropower from Bhutan alone would be 3-4 times as high.

In summary, there are some compelling arguments in favour of establishing regional power-sharing interconnections for South Asia. The growing volume of trade between India and Bhutan and between India and Bangladesh has already started putting the value of these interconnectors on a firmer footing. The set of six near-term interconnection possibilities discussed in this column represents a small fraction of the interconnection possibilities that exist not only with the region but also between South Asia and other neighbouring regions such as Central and West Asia. It is important that policymakers, planning bodies, system operators, investors and donor agencies collaborate to identify and prioritise further investment opportunities to make the SRETS vision a reality.