Covid-19 and debt moratorium conundrum: The case of microfinance 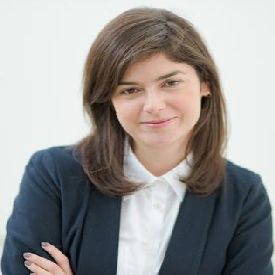 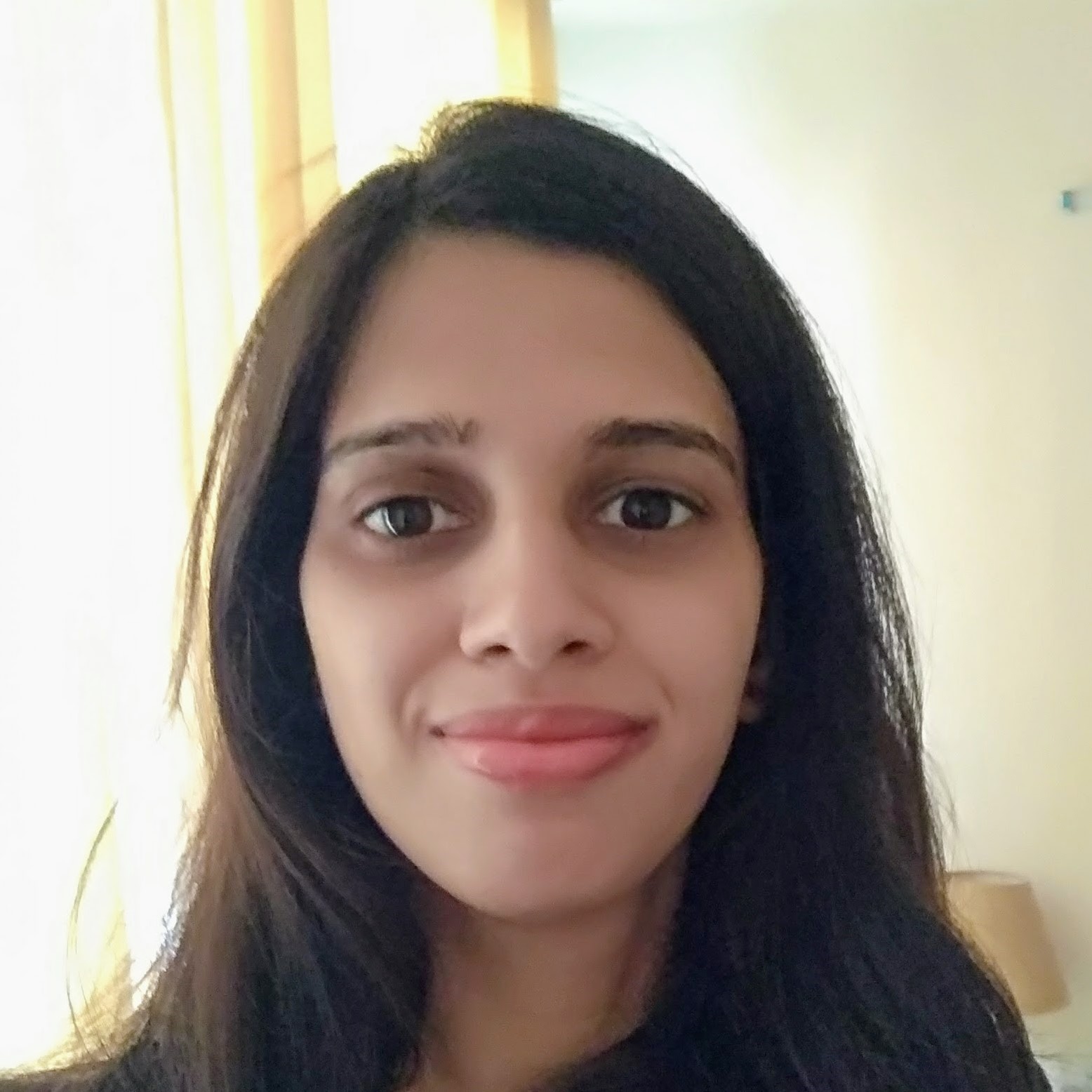 Given the extent of liquidity shock caused by Covid-19, the Reserve Bank of India enabled all lending institutions to provide their borrowers with a repayment moratorium on term loans until 31 August 2020. While this can be particularly beneficial for low-income households, the microfinance institutions (MFIs) that service them, are not being granted the same debt-relief measures from their own lenders. Barboni and Sharma discuss how this presents a unique challenge for MFIs and how they can recover from it.

On 27 March 2020, in the wake of the Covid-19 crisis, the Reserve Bank of India (RBI) approved a series of regulatory measures, which among others, enabled all lending institutions to provide their borrowers with a three-months repayment moratorium on all instalments of term loans due between March and May 2020. Given the extent of the liquidity shock caused by the pandemic, this debt relief measure has now been extended until 31 August 2020.

In a relatively short time span, Covid-19 has had an unprecedented impact on the world economy. Projections by the International Monetary Fund (IMF) indicate that the global economy will shrink by 3% in 2020. In India, the RBI, alongside with major investment banks and rating agencies, have predicted a negative GDP (gross domestic product) growth in the current fiscal year.

There is a consensus that providing a debt moratorium represents a major relief measure to households as it allows them to preserve their liquidity and smooth their consumption in times of economic downturns. This moratorium can be particularly beneficial to low-income households (LIHs), who have reportedly been affected by the Covid-19 negative shock to a higher extent, and who are also more likely to be occupied in small-scale self-employment activities. A survey of 322 microfinance borrowers across several Indian states, conducted by Dvara Research, found that 80% of households did not have any income-generating activity during lockdown, and close to 10% of households had to cut back on their regular consumption to manage their income. Similarly, a large-scale, nationally representative survey carried out by the Centre for Monitoring Indian Economy (CMIE) revealed that over 80% of Indian households across income groups reported income losses, with rural households more severely hit across the income distribution (Bertrand et al. 2020). The survey also indicated that, as of April 2020, more than one-third of Indian households reported being unable to survive beyond one week without additional assistance, thereby highlighting the urgent need for government support through various welfare delivery programmes.

While providing a debt moratorium is undoubtedly regarded as a useful measure to help LIHs cope with this negative shock, at least in the short term, it is unclear what the effects of extending this repayment hiatus up to six months will be, both for microfinance institutions (MFIs) – who largely serve LIHs – and the borrowers. The debt relief measure only applies to loan instalments – interest will still accrue during these six months. This implies that, at the end of August, borrowers will have to repay a larger interest component than what was due before the debt moratorium was introduced. This is particularly worrisome as Indian households typically have high rates of indebtedness. Data collected by CMIE in its May-August 2019 wave show close to 50% of households having outstanding borrowings from at least one source (either formal or informal). In its household survey conducted in 2016, People Research on India’s Consumer Economy (PRICE) reported that the median outstanding loan size for an average Indian household was Rs. 40,000. This is a substantial amount in comparison to average monthly household incomes of roughly Rs. 16,000. Coupled with the current scenario of households facing severe income shocks, loan repayment could become extremely stressful, if not impossible, at the end of the debt moratorium.

At the same time, a six-month moratorium presents a unique challenge for MFIs for several reasons: First, MFIs largely serve LIHs. As of 2019, the Indian microfinance sector catered to 50 million low-income customers with an average loan size of approximately Rs. 30,000. Second, the microfinance sector thrives on regular repayments as a core strategy of its business model. A typical microfinance client repays a fixed amount on a bi-weekly or monthly basis. As Abhijit Banerjee and Esther Duflo note in their book ‘Poor Economics’, the repayment discipline enshrined in the microcredit loan contracts is “neither an accident nor a shortcoming in the microcredit vision. Instead, it is the necessary by-product of the rules that have allowed microcredit to lend to a large number of poor people at low interest rates”. Adopting such a long debt relief therefore requires MFIs to fully rethink (and re-invent) their business model, raising important questions on its profitability and sustainability. In fact, while academic research has highlighted the benefits and pitfalls of providing short-term debt moratorium (Field et al. 2013; Barboni and Agarwal 2018), the impact of providing long-term debt relief remains unknown.

All in all, establishing whether this measure will ultimately help the recovery of the overall economy will necessarily require weighing its positive and negative consequences and implications, on both LIHs and MFIs.

Implications for the microfinance sector

For decades now, MFIs have played a pivotal role in expanding access to credit among LIHs. Worldwide, MFIs serve 140 million low-income people with credit and savings products, according to the global data collected by MIX (Microfinance Information Exchange). In India, the microfinance sector has played a crucial role in accelerating inclusive finance by reaching the unbanked and underserved. High loan-retrieval rates have ensured the MFI sector a steady growth, particularly in the recent years.

However, the current pandemic is testing the resilience of the MFI industry at a very rapid pace. According to the MFI industry body Sa-dhan, 85% of borrowers sought moratorium as of last week of May – in comparison to early April, when just about 30% had opted for the repayment suspension. Moreover, with a substantial number of MFIs and other Non-Banking Financial Companies (NBFCs) having been excluded from the moratorium benefits from their own lenders (largely banks), there is a break in the supply chain of liquidity. This is leading to widening of asset-liability mismatch and a potential downgrading of their credit ratings, which in turn is increasing the cost of raising fresh capital. This is especially true for small- and mid-sized MFIs, who are more prone to facing a liquidity crunch in the current scenario.

Additionally, there is also a fear of the moratorium being misrepresented as equivalent to a loan waiver by the customer, as had happened during the time of demonetisation. Sector experts are also voicing potential moral hazard problems as a result of an extension in moratorium. Years of repayment discipline formed by regular and standardised repayment obligations have allowed the microfinance sector to operate at high collection efficiencies, with default rates of less than 5% in pre-Covid times. A six-month gap in repayments could pose a threat to this repayment discipline, leading to rising defaults.

Significant concerns emerge from a consumer protection point of view on the impact this debt relief will have on borrowers. The MFI industry has at times come under the spotlight for adopting unfair and unethical practices in its operations, particularly to enforce loan repayments. There is a risk that these practices may become even harsher to pressurise customers into making repayments during or at the end of the moratorium. At the same time, if borrowers have loans from multiple sources, MFIs might also force customers to prioritise their loans, under the threat of not granting future credit. This could possibly make customers resort to high-cost informal lending sources to repay their old debt, thus pushing them into a dangerous debt spiral, as previous research conducted by Dvara indicates (Prathap and Khaitan 2016). Borrowers might also be inclined to prioritise repayment of MFI loans over other costlier sources of debt, thereby ending up making suboptimal financial choices.

There are no easy solutions to these challenges highlighted above. On the one hand, MFIs are extending repayment benefits to their customers despite not being granted the same debt relief measures from their own lenders. On the other hand, they are also facing the risk of being downgraded as the liquidity shock resulting from the pandemic – and the debt moratorium itself – may alter borrowers’ behaviour by exacerbating moral hazard problems. Rarely has the sector faced a problem of this magnitude and scale. Yet, lessons from the past indicate that every time MFIs have been put under stress, their capacity of reaction has been impressive. Evidence on the recovery of the microfinance sector from national and regional shocks  (for example, demonetisation in 2016, Kerala floods in 2018, Cyclone Fani in 2019) suggests that, while the sector may face immediate short-term consequences in the form of a sudden drop in collection efficiency and rise in default rates, over time, ultimately their loan-retrieval rates return to normal relatively quickly. An analysis conducted by Northern Arc highlights that it takes about 6 to 9 months on average, for MFIs to recover, and for borrowers to convert their overdue loans to current loans (Fernandes 2020). Given the current crisis, experts are of the opinion that the sector will bounce back, albeit gradually, and that a restructuring exercise after the moratorium ends will be critical for MFIs to preserve their balance sheets and navigate the current challenges that we see playing out.

Most importantly, the MFI sector should use this moment to rethink and redesign its strategies by bringing technological innovation around digital collection (something that will prove to be critical in the context of practicing social distancing), while improving the quality of its infrastructure, operations, and customer relations. At the same time, it will be crucial to expand and consolidate the use of digital technologies in helping customers manage their debt and plan their loan repayment well ahead of the end of the debt moratorium in August 2020. A digital wealth-management approach that provides comprehensive financial advice to LIHs on ways to overcome the current economic crisis, while prioritising their health and safety, may represent a viable solution to truly address the needs and realities of the customers it serves, and design suitable response strategies to help them emerge from this crisis. In sum, a joint, long-term approach that incorporates both customers' interests and circumstances is the only way to exit as winners from this crisis.

The Covid-19 shock: Learnings from the past, addressing the present - V