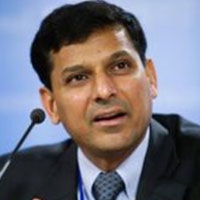 Raghuram Rajan speaks to Econ Film’s CoronaNomics show, on the merits of de-centralised governance in the battle against the Covid-19 pandemic, how local authorities can be empowered, and the risk of a new financial crisis led by emerging markets.

Countries around the world with more devolved or de-centralised governments have done better during the coronavirus crisis than those with more centralised power, according to the former Governor of the Reserve Bank of India, Raghuram Rajan. Speaking to Econ Films' CoronaNomics show, Rajan gave the example of Germany and South Korea as countries that had benefitted from more power in local government and the example of India as a country that has suffered from weaker local governments. He cited the decision to lock down nationally and then subsequently lift restrictions, which in both cases has been harmful to some states that should have been empowered to make decisions that better support their local needs.

But, for Dr Rajan, the need to decentralise power goes beyond just Covid-19. The 'democratic deficit' can be seen as the driving force behind the rise of populist governments around the world and a major threat. In the interview, he suggests ways to empower local authorities, particularly in India, to be able to better deliver growth and jobs to their communities – and in so doing, reduce the risk of extremist politics.

In a final remark, Dr Rajan, who successfully predicted the 2008 financial crisis, warned of the risk of a new financial crisis led by emerging markets – including India – unable to recover from the damage of Covid-19.