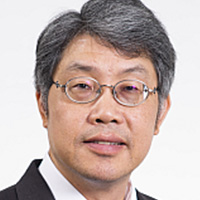 Understanding the effects of exchange-rate changes on a country’s trade balance calls for an analysis of how exchange-rate fluctuations affect the decisions of individual firms. This column explores the effects of changes in the exchange rate on the share of exports of Indian non-financial sector firms.

In the last quarter century, the global economy has witnessed not just a rapid expansion in international trade but also growing prominence of dynamic emerging economies on the global trade landscape. Despite steady growth in global trade, however, there have been recurring concerns about the impact of exchange-rate movements on trade - rekindled more recently by the 1997 Asian financial crisis and the 2008 global financial crisis. India provides an interesting case study in how exchange-rate fluctuations impact exports. This column investigates the exchange-rate effects on exports using data on a sample of Indian non-financial sector firms for the period 2000 to 2010.

In 1991, India embraced a reform agenda and implemented a series of globalisation and liberalisation measures primarily targeting the foreign-exchange market and tradable sectors. Undeniably, India’s economy has become increasingly integrated with the rest of the world, and now has a considerable presence as an exporter in the global economy. The annual growth rate of India’s exports of goods and services increased from 16% in 1999-2000 to around 33% in 2010-2011. The contribution of exports to the Gross Domestic Product (GDP) went up from 6% in 1990 to 12% in 2000 and to 23% in 2010. Simultaneously, India’s overall share of total world trade (which includes trade in both goods and services) increased from 0.5% in 1990 to about 1.4% in 2010. As a result, India moved up seven places between 1999 and 2009, securing a ranking as the world’s 14th largest trading centre. During the period 2000-2010, growth in exports of commercial services (an average of 23% per year) outstripped the export of goods (18% per year).

India also adopted a more market-oriented exchange rate regime in the first half of 1990s. Since deregulation, the rupee’s exchange rate has mostly been in a managed floating regime1 under which the Reserve Bank of India (RBI) intervenes from time to time to stabilise the nominal exchange rate2. It is striking that the high export growth occurred despite an appreciation of about 1.4% in India’s real effective exchange rate (REER)3 over the period from 2000 to 2010 (with the exception of the post-crisis period of 2009 when there was a sharp depreciation). The fact that Indian exports grew rapidly after 2000 despite REER appreciation does not necessarily imply that REER appreciation had no adverse impact on exports. The growth rate of exports might have been higher without REER appreciation.

The overall trade activity of a country is a sum of the decisions of individual firms. Hence, understanding the effects of exchange-rate changes on trade balance4 calls for an analysis of how exchange-rate fluctuations affect the decisions of individual firms. Such analysis provides insights into the varied responses across firms to exchange-rate movements and related policy implications of central bank’s efforts to manage and stabilise foreign-exchange fluctuations.

Compared with other firms, exporting firms are usually associated with higher levels of productivity and profitability. Moreover, a strong export sector might generate positive effects for other sectors that promote overall economic growth. India has witnessed strong economic performance coupled with a strong export sector in the past decade. Thus, it is quite conceivable that export-promoting policies are conducive to economic growth. Against this background, we explore how fluctuations in the exchange rate affects decisions of Indian exporting firms, and whether the data suggests a weakening of the link between REER and exports (Cheung and Sengupta 2013).

The use of a rich firm-level dataset enabled us to examine the varied responses of firms to exchange-rate fluctuations in a large developing economy. Some of the questions we looked into are:

We find that a one percentage point appreciation of the REER reduces the average firm’s export to sales ratio by 6.3%. Accounting for certain factors such as change in nominal wages, change in world exports to Gross Domestic Product (GDP) ratio and growth in overseas markets, this exchange-rate effect can exceed 10%. Our findings in general are also suggestive of a non-negligible negative effect of exchange-rate volatility on the export shares of firms5. This negative volatility effect lends support to the reasoning that a high level of uncertainty has an adverse effect on trade. Notable among the impact of other factors is the finding that both real and nominal wage increases have a negative effect on exports. This result is quite intuitive; a rise in wages increases operation costs that then reduce the firm’s competitiveness in the global market. Labour costs are also found to amplify the exchange-rate effects on trade. We further find that exports of Indian firms move in the same direction as world exports. Global trade patterns point to the general behaviour of Indian exporting firms, but do not overshadow the exchange-rate effect.

India, one of the BRIC7 countries, has undeniably become increasingly linked to the rest of the world and now has a considerable presence as an exporter in the global economy. During the period 2000-2010, a currency appreciation was found to have a strong and significant negative impact on Indian firms’ export shares. Exchange rate volatility was also found to have a negative effect on a firm’s export decision. Further, there is evidence that Indian firms responded asymmetrically to exchange rate movements during this period. The adverse exchange rate effect is likely to be driven more by an appreciation than by depreciation. Indian firms with smaller export shares were found to have stronger responses to both exchange rate change and volatility than firms with larger than median export shares. Firms that export services seemed to be more affected by the exchange rate than firms that export goods.

These results have several important policy implications. Reducing currency volatility seems likely to enhance export performance. In addition to making hedging instruments more accessible to firms so that they can cover their exposure against adverse currency fluctuations in the foreign exchange market, policies could also be devised to reduce currency volatility. Moreover, exchange-rate policy seems to have a stronger impact on some firms than others. Thus, a simple policy of managing the rate of appreciation to promote exports may have the unintended consequences by creating imbalances between different types of firms.

A finer classification of firms and exchange-rate movements suggests that the exchange-rate effects on exports of firms are more complex than simple textbook prescriptions. A discussion that focuses exclusively on exchange rate runs the risk of overlooking other factors that may hinder India’s exports. For instance, our results are suggestive of some kind of interaction across markets such as higher labour costs potentially magnifying negative exchange rate effects. Thus, policymakers should not focus exclusively on an exchange rate policy to promote India’s export activity. India’s export performance is also likely to benefit from a host of catalytic factors such as investments in infrastructure including highways and ports, liberalisation of the labour market, and a concerted policy to promote manufacturing industries.