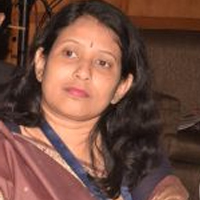 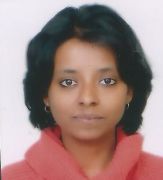 For an industrially backward state like Bihar, placing food processing as the lead sector for industrial development is a natural choice from the perspective of resource advantage and interlinked sectoral development. The state government has provided targeted front-loaded capital subsidies for new units in the sector. This column reports on a primary survey of industries that assesses the strengths and drawbacks of the present policy environment and institutions.

An obvious question in the context of industrialisation of economies or states with a low industrial base1 such as Bihar relates to the appropriate goals and mechanisms for achieving desirable outcomes such as employment generation that trail industrial growth. For Bihar, placing food processing as the lead sector for industrial development is a natural choice from the perspective of resource advantage and interlinked sectoral development. The state is endowed with abundant water, fertile soil, and favourable climatic conditions for cultivating a multitude of agricultural commodities such as maize, rice, wheat, vegetables, and fruits − including exotic and geographically-unique items such as ’shahi lychee’ and makhana (fox nuts or gorgon nuts). Hence, industries that specialise in processing, packaging, and marketing such produce not only exploit natural input advantages, but also create desirable backward linkages with agriculture. Sub-sectors within food processing have the unique advantage of generating large-scale employment. Around 500 push-carts (ice-cream sellers), apart from more than 100 full-time personnel, is the typical employment pattern for a mid-sized dairy operation. Achieving this kind of employment numbers is difficult with standardised and mechanised factory-based industries.

Between 2008 and 2016, the state government of Bihar backed up its intention of developing this sector with targeted front-loaded capital subsidies (35% of capital cost disbursed in either three or four tranches, where the capital cost is based on the cost of plant and machinery) for new units. Cumulatively, up to March 2016, the subsidy burden for food processing was Rs. 9.19 billion, of which 40% was allocated to rice milling exclusively. In terms of outcomes, the objective of subsidisation was achieved to some extent, with the establishment of approximately 400 new units during 2008-2016 (148 in rice milling exclusively) and employment for around 48,319 individuals. A very small quantum (approximately 10% of the expenditure on food processing units up to March 2016) was spent on expansion of existing units.

The more important question, in terms of the direction of future industrial policy, is that of the mechanisms and institutions of delivery of policy objectives and the quality of industrial growth − not in terms of numbers but in terms of capacity and risk-taking ability of entrepreneurs. Developing a sector through a State directive requires the simultaneous fostering of concomitant institutions and agents (able entrepreneurship, financial agencies, technical experts, infrastructure development, etc.) for the achievement of stated policy goals.

We undertake a primary survey of a subset of food processing industries (76 registered units, both proprietorships and private limited companies) between December 2015 and July 2016 at various locations mostly in Bihar2 (Ganguly and Saha 2017). The unit of assessment was the entrepreneur as the owner of the enterprises3. The sampling methodology was non-random snowball sampling, using initial contacts from the Department of Industries, the Bihar Industries Association and the project management agencies (PMAs). This sampling methodology, where an initial sample point introduces the surveyor to other participants in the survey, is commonly used to discover hidden populations for network analysis. Adopting this methodology helped us build a respectable sample size to assess the strengths and drawbacks of the present policy environment and institutions.

When financial assistance in the form of front-loaded subsidies is present in an industrial policy, the potential problems of adverse selection4 and moral hazard5 due to asymmetric information between potential entrepreneurs and the State cannot be ruled out. We find this to be the case in Bihar during 2008-2016, in our interactions with some existing owner-managers in food processing. Enticed by the subsidies, some non-entrepreneurs with very low risk appetite entered certain sub-sectors such as rice and wheat mills. These units, according to established players and bankers, lacked adequate information, skilled manpower, and equity capital (in a few cases), and did not survive the pressures of competition.

The absence of financial planning and professional conduct has, to some extent, been checked by the institution of professional PMAs, which were tasked with preparing detailed project reports (DPRs), undertaking initial investigations about entrepreneur’s financial strength, and assisting entrepreneurs in accessing the subsidy as per the timelines agreed upon with the government. Multiple checks-and-balances within the system (cross-checks by banks for initial loans and additional working capital loans, approvals from the State Investment Promotion Board (SIPB) for projects worth more than Rs. 10 million) or the District Industrial Centres (DICs) for lesser value projects, leading to the eventual approval for subsidies by the Chief Minister) were a part of the elaborate process to address the problems that are integral to the identification of an honest entrepreneur.

This system − due its intricate nature of multiple checks and balances, some unnecessary formalities, and agencies with potential for rent-seeking behaviour6 − hinders the natural growth in industries by causing delays and increasing transaction costs for businesses. Presumably, it must be recognition of this problem with institutional design by the government that has resulted in a streamlined new Industrial Incentive Policy (2016-2021), with interest subsidies substituting capital subsidies. While the latter require more monitoring, the institutional requirements to ensure subsidisation of interest cost is less burdensome, with banks acting as the central monitoring institution.

Structural aspects of food processing: What will work for Bihar?

The central issue with modest industrial outcomes in food processing is more structural: it is the nature of interlinkages (inter-firm, and between firms and other institutions) that integrate all actors and their functional relationships in a unified paradigm, which should ideally be studied in a policy network framework. Our earlier work (Saha 2017) comparing industrial policies of Bihar and Jharkhand, uses this analytical framework to discuss various sectoral outcomes, including food processing.

In the context of Bihar, our survey reveals a collection of variables – mostly infrastructural and institutional, such as finance, land, bureaucracy, quality of electricity, and so on – as important bottlenecks for growth in food processing. These factors should affect different sub-sectors within food processing differentially, due to cost heterogeneity and variation in input usage. For instance, quality of electricity is a much larger constraint to business for cold storage enterprises than for honey processing plants. Given that business constraints along with policy environment factors affecting ease of doing business affect risk perception among entrepreneurs, we would expect the differential impact of cost constraints to be similarly reflected in sub-sectoral entrepreneurial risk perception.

A surprising result in our analysis, which focusses on six sub-sectors of food processing (cattle/poultry feed, cold storage, rice mills, honey processing, dairy, and miscellaneous units such as tofu, makhana, juice processing units) is that in terms of entrepreneurial risk perceptions, this sub-sectoral variation is absent. Rather, a unique division of risk perceptions along the dimensions of project sizes emerges in our analysis. It is not the case that rice milling units exhibit a higher perception of risk than honey processing units. We find instead that small units across all sub-sectors (with project size less than Rs. 10 million) have a uniformly worse perception about the risk of doing business in Bihar in food processing compared to larger units.

To study the relationship between size and risk perception, we first explore the dimensions of the latter variable. We measure perception of risk as: (i) as a quantitative variable that adversely affects business outcomes (measured as re-investible surplus in operations) and (ii) a behavioural variable that accounts for a Bihar-specific risk of doing business (measured through a counterfactual where entrepreneurs state whether they would do business in Bihar had they not belonged to the state). We use two categories “high risk” (a value less than or equal to the average of 2.5) and “low risk” (a value greater than the average of 2.5) to characterise the first risk variable7. The second is a categorical variable with three response categories: “yes”, “no” and “maybe”. The following table shows the clear correlation among these two measures of risk: an entrepreneur with a high perception of risk is less likely to do business in Bihar if s/he is not a native of the state.

Relating back to the size issue, we find a predominance of small-sized units (this is cross-checked with secondary data from the Annual Survey of Industries (ASI), 2012-13 and Registrar of Companies, 2015) in our sample (and in the population of functioning units in food processing)8 , and some very large units (the Rs. 1.5 billion ITC Dairy unit at Munger or the Rs. 0.67 billion Godrej Agrovet’s poultry/cattle feed unit at Hajipur Industrial Area), with very few firms of a medium size. The extreme size distribution, with a long left tail favouring small units, is verified through a secondary data exploration of the financial structure of functional units in food processing in Bihar. Data on authorised and paid-up equity capital (Registrar of Companies, Patna, 2015) reveal that the average values of these variables are smaller than their standard deviations9. This statistical peculiarity can only be present in a dataset with all positive values if there is extreme volatility in the size distribution, with very small and very large units and a large ‘missing middle’.

Our explorations of entrepreneur perceptions of risk, where we find size and prior experience (particularly in trading) as significant explanatory factors of positive expectations, imply that policymakers should inculcate this behavioural angle into the design of incentive policies. The missing middle problem, a central part of our analysis, is a twin outcome of lack of organic growth among existing small units and the failure of the subsidy-based incentives to draw in mid-sized investments into food processing. Horizontal initiatives such as brand-building measures to creating a market for all food items manufactured in Bihar with positive spillovers for all size classes of units, have a greater chance of success rather than pecuniary incentives that the state has been experimenting with so far.